See how exoskeletons can help in a warehouse 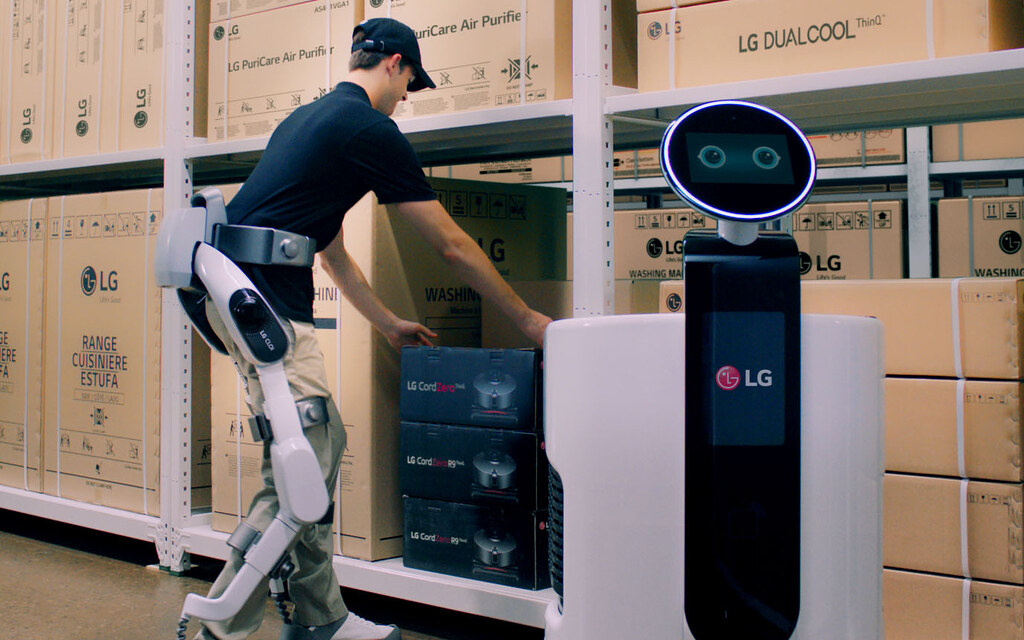 The word ‘startup’ has made a staggering career in recent years. It essentially means an experimental company. A key feature of a startup is innovation. More and more often we deal with interesting startups in logistics and transport. The South Korean SG Robotics has a successful exoskeleton to its credit, which can be helpful e.g. in performing warehousing tasks.

LG has invested in a startup developing exoskeletons that help overcome the limitations of the human body. The creation of CLOi SuitBot was greatly influenced by the SG ROBOTICS startup, which conducts research on the use of robots.

CLOi SuitBot is designed for everyday use, not only during warehousing or production, but also for all those who mostly work standing and sitting, or who often strain the lower body parts. The main task of the unit is therefore to support the user’s feet, legs and lumbar spine. This support not only allows him to lift and carry heavier goods but also relieves his spine, so that the employee feels much less fatigued.

Easy to attach and adjust

Kuongchul Kong, CEO of SG Robotics, professor of South Korean Sogang University and CEO of SG Robotics emphasizes that the startup was created to prepare solutions to help people move around and solve other activities related to everyday life. It was the knowledge in the field of walking support (the company owned by Angel Robotics uses the SEA technology – series elastic actuation, allowing the creation of exoskeletons with the ability to perform more natural movements) that provided SG Robotics with an invitation to cooperate in the creation of CLOi.

The SuitBot concept is based on extensive research in ergonomics, motion technology and sensors. SEA technology provides natural support. LG SuitBot does not use any sensors attached to the skin. Just put it on like clothes and you can go to work,” they say at LG.

Specialists from SG Robotics ensure that the exoskeleton is very comfortable in everyday use. Before you put it on and start working, all you have to do is adjust it to fit the worker’s body. This step, however, is very easy and fast. SuitBot increases the range of user movements (straight up to 50 degrees and inclined up to 90 degrees). Assistance is activated at a bend of 65 degrees and is deactivated when the user is standing upright. The robot is equipped with a battery that lasts 4 hours and can be recharged in one hour.

They continuously monitor not only the status of the unit, but also the state of the body. This allows the unit to be adapted to the current operating conditions. If the system detects irregularities, it will immediately shut down the exoskeleton and inform the owner of the problem quickly. This has ensured an adequate level of safety.

CLOi SuitBot can also work with other LG devices

In this way, employees can better integrate with other systems used in their daily work. This means, for example, communicating with service robots in order to become part of a smart network that provides access to the information and tools needed in production plants, logistics or distribution centres.

This is particularly important in logistics and distribution. The exoskeleton will eventually be delivered to most LG production plants around the world and will also be available to anyone who wants to take better care of their employees and improve working conditions in their company at positions related to loading and unloading, or assembly and disassembly.