Maritime Transport has agreed terms with SEGRO to become the rail operator at SEGRO Logistics Park Northampton. The deal, which includes the long-term lease of a new, 17-acre intermodal rail terminal and a wider management role for Maritime, covering the rail infrastructure on the Logistics Park, will provide occupiers at Northampton and in the East Midlands with new, low carbon freight connections from UK container ports and other inland rail terminals with capacity for up to 16 daily trains, when fully operational. 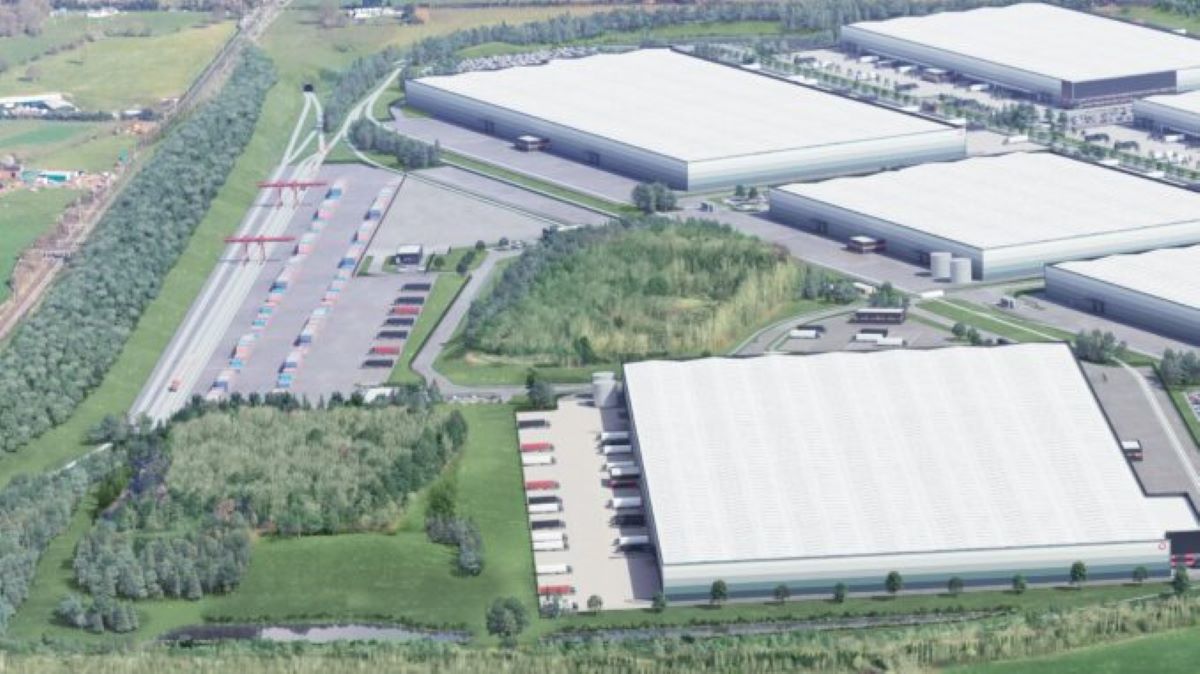 The 775m long, open access, strategic rail freight interchange, capable of receiving the largest container freight trains with storage capacity for almost 2,500 TEU (20 ft equivalent containers) and parking for over 125 trucks, will be delivered by SEGRO as part of the infrastructure for SEGRO Logistics Park Northampton, its logistics hub located four miles from Northampton and adjacent to Junction 15 of the M1.

The development, which is currently in the early stages of construction, will deliver 5 million sq ft of modern warehouse space, upon completion.

Supporting the rail terminal operation, Maritime will be making additional investments at the site, including the construction of a high specification, 4-storey office with welfare facilities, new container handling equipment and provisions for electric truck and car charging infrastructure.

In a separate agreement, SEGRO and Maritime have agreed on the terms to extend the rail facility at SEGRO Logistics Park East Midlands Gateway, doubling the capacity of the terminal. It is the first agreement signed since the designation of the East Midlands Freeport, UK’s only inland freeport.

The original rail terminal at the Logistics Park opened in 2020 and has seen substantial growth, with an average of 10,000 containers moving through the terminal every month.

The second phase, which will be delivered by Q3 2023, will provide two additional rail sidings, a further 12 acres for container storage, parking for 115 HGVs and a new 20,000 sq ft office and welfare building.

The terminal currently operates six trains a day to locations including Felixstowe, Liverpool, London Gateway and Southampton. All occupiers at SEGRO Logistics Park East Midlands Gateway, including a diverse mix of businesses such as Kuehne + Nagel, Arvato, Games Workshop and DHL, currently make use of the rail terminal at the site.