German police are searching for a lorry driver who parked their semi-trailer so close to the railway tracks that a rail-mounted container crane crashed into it. Both the trailer and the container were seriously damaged. 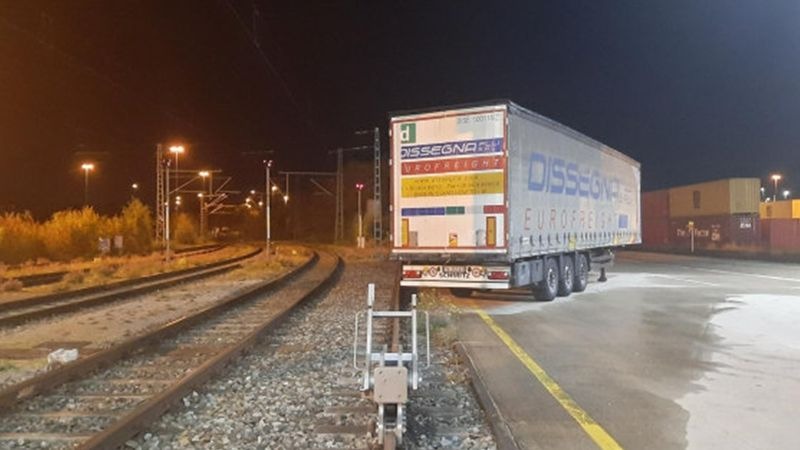 The incident happened on Tuesday, October 18, at the Riem transhipment station near Munich, Germany.

According to the police report, a yet unknown HGV driver left their semi-trailer loaded with wheat at the station so close to the tracks, that a rail-mounted container crane crashed into it.

As a result of the accident, the wiring on the container crane was damaged, which resulted in an emergency shutdown: the crane could neither be moved nor operated.

The emergency services had to be called to solve the gridlock

The semi-trailer also got damaged.

The extent of the damage on the crane, which has not yet been quantified, is currently the subject of investigations by the Munich Federal Police into dangerous interventions in rail traffic, as is the search for the lorry driver.