She is eighteen, studying fashion and the youngest trucker in the UK 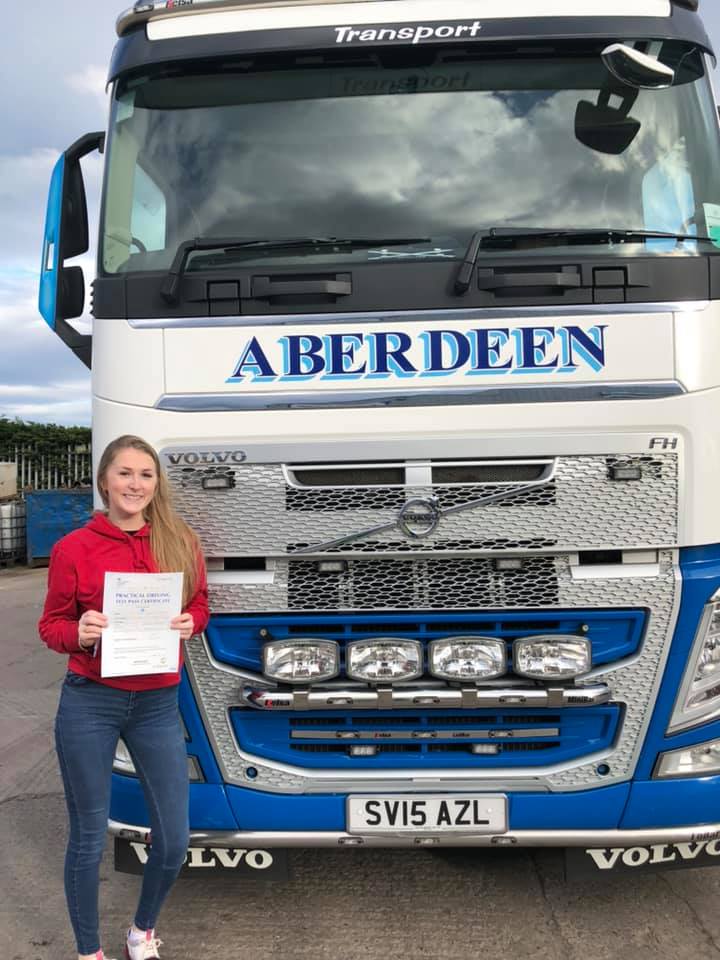 Jodie is 18 years old and comes from  Aberdeen in Scotland. What sets her apart from most of her peers is her love for trucks. Five months after reaching the age of majority, the girl gained the necessary qualifications and became the youngest trucker on the Isles. Now she wants to inspire other women.

Jodie’s love for the world of transport didn’t come from anywhere. The girl grew up watching the trucks belonging to her father, who owns a transport company.

I’ve been visiting my father’s company since I was a little girl and I was always interested in working in the industry,” Jodie recalls on The Scottish Sun.

Two months after she turned eighteen, Jodie, who also studies fashion, started training and then passed all the necessary exams on the first attempt. The girl admits that getting the papers was a big challenge for her, but she was very determined to become a trucker. At first, it was difficult for her to switch from driving a small passenger car to driving a truck.

The biggest challenge was to learn again how much space I occupy on the road,” she confessed in an interview.

When Jodie told her friends that she had obtained a truck driving licence, some of them found it hard to believe. “They were utterly shocked,” said Jodie. Now that she can legally drive a truck, she hopes to inspire other women to undertake this challenge. In her opinion, women are rarely associated with the transport industry.

Maybe one day somebody will hear my story and feel motivated to do it,” she says.

For women who see themselves behind the wheel of a truck but are afraid, Jodie simply advises them to try it out because, as she assures us, the feeling of driving a truck is fantastic.