Should drinking in a HGV cab parked by the roadside during weekly rest be a crime? 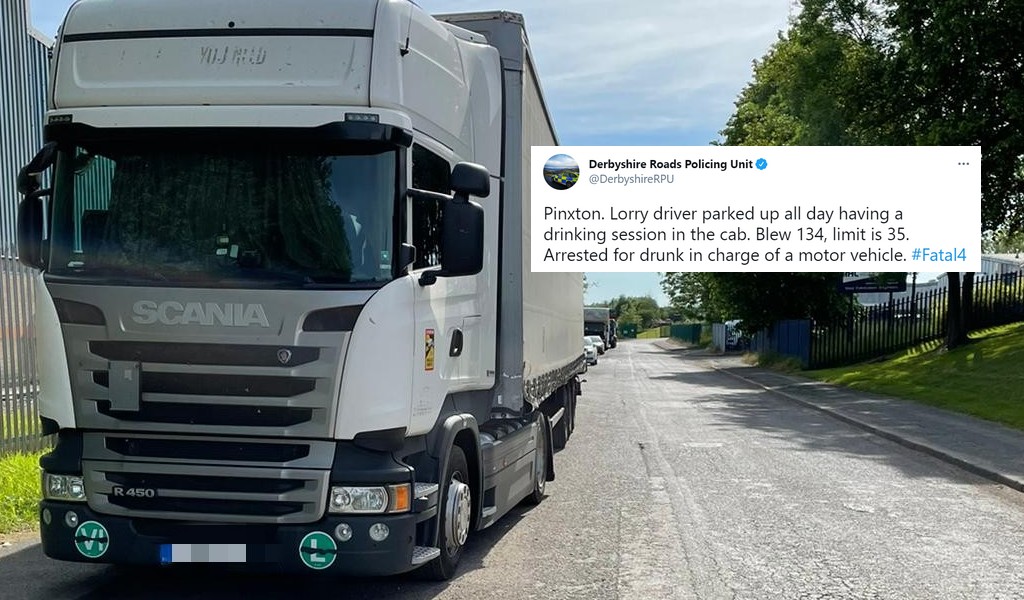 A tweet from Derbyshire Roads Policing Unit explaining that officers had arrested a trucker for drink-driving – despite the fact his vehicle had been parked at the side of the road all day – has sparked a huge debate across many social media platforms.

Pinxton. Lorry driver parked up all day having a drinking session in the cab. Blew 134, limit is 35. Arrested for drunk in charge of a motor vehicle. #Fatal4 pic.twitter.com/62gM27oSyG

Given that the truck was parked up for so long, many assume that the driver was observing a rest period. As most trampers know all too well, the truck cab can effectively become a home away from home. On that basis, many lorry drivers and other social media users have described the arrest as disgraceful policing.

However, others highlight the fact that the driver was parked on a public road rather than a lorry park – making it difficult to determine if he was about to set off at any moment while over the limit.

Responding to the above tweet, Truck and Driver editor Dougie Rankine also made the point that parking overnight on a public road is forbidden in the Highway Code in any case.

Of course, the tweet from the police is lacking in some details that could provide more clarity regarding the arrest. It isn’t 100% clear the driver was on his weekly rest, and Trans.INFO shall be contacting Derbyshire Roads Policing Unit today for further comment regarding the incident.

The arrest nonetheless remains highly controversial going by the reaction on social media. The comments below show just some of the various opinions expressed. 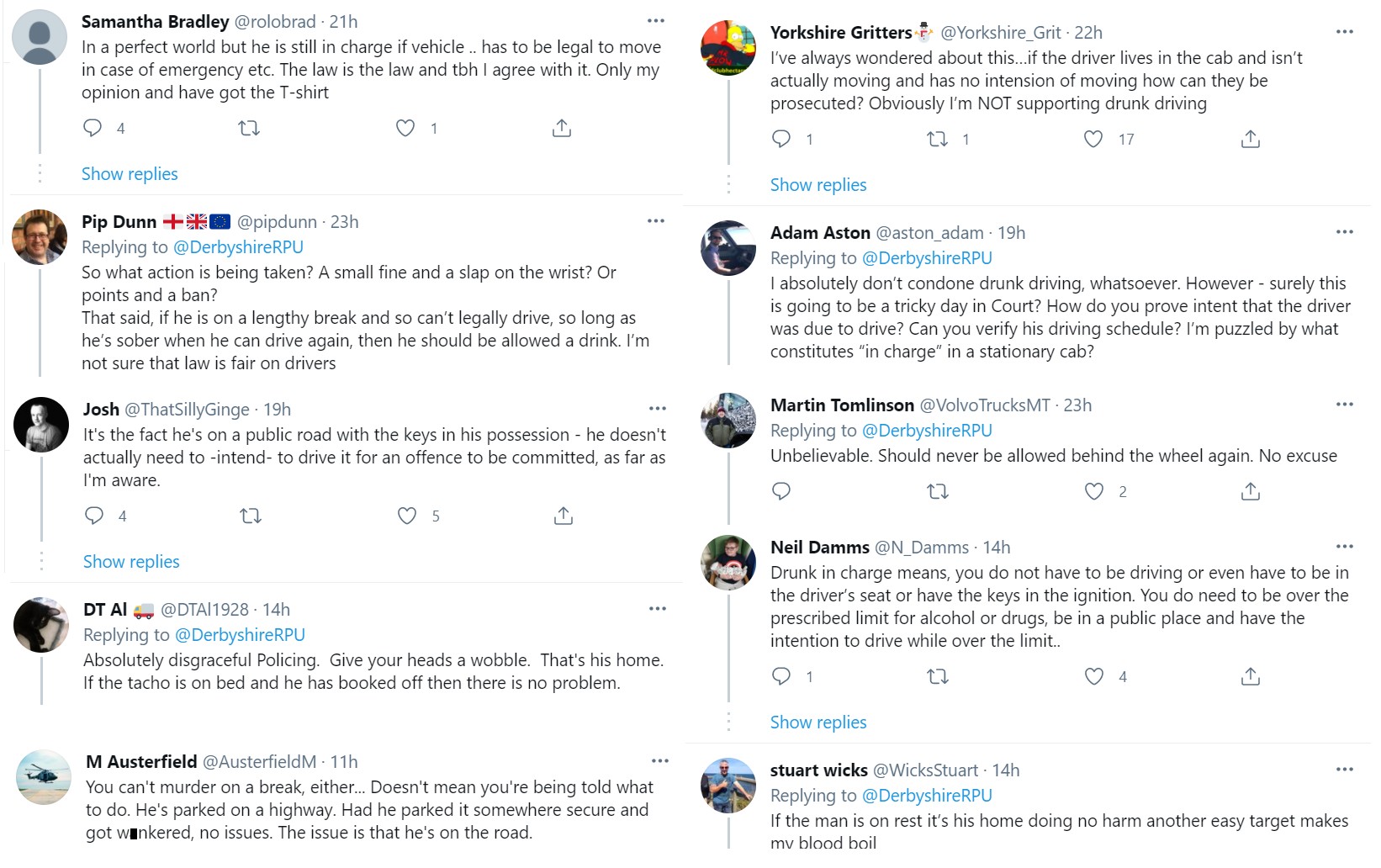 Were the police right to make the arrest? Let us know your thoughts in the comments section of our Facebook Page.