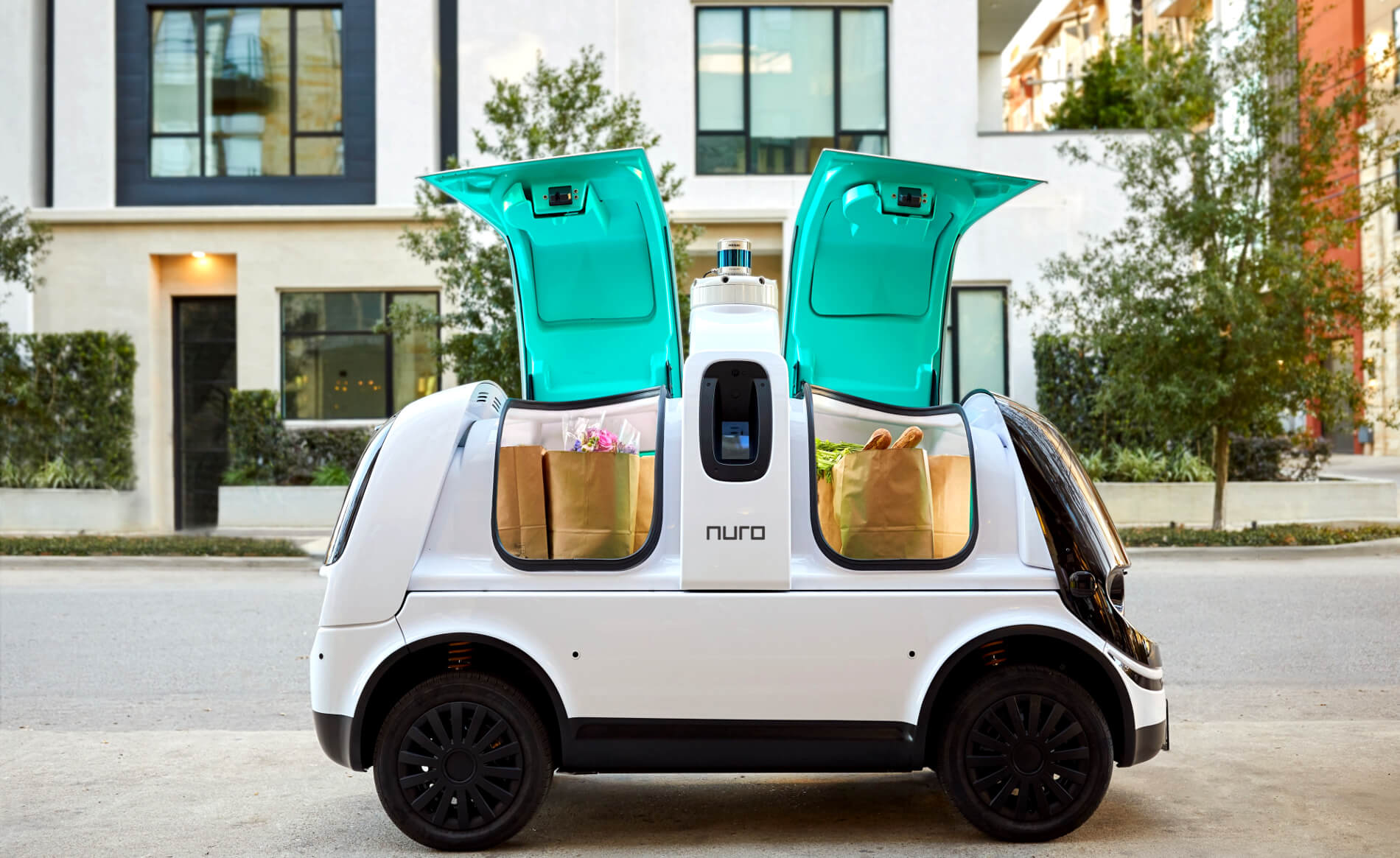 There is growing talk about small autonomous vans changing e-commerce deliveries forever. But are these services really justified, and are they going to become widespread? Based on a specialist report by the Steer Group, the answer is yes. However, positive results cannot be expected anytime in the near future.

The aforementioned report by the Steer Group is the first such research in the world. According to the analysis, the shopping behaviours of most Americans have not changed much: they still simply drive to the store as did their parents and grandparents. To emphasise the point, nowadays, 90 percent of food and medicine purchases in the USA are done in person.

Shopping trips in the USA make up 43 percent of all the country’s car trips. That is almost twice as much as commuting (approximately 24 percent) or recreational car rides (22 percent). The conclusion is simple: if you really want to reduce road traffic, you need to limit shopping trips.

Steer Transport Department analysts claim that substantial progress in this matter, i.e. reducing car traffic for shopping purposes, will definitely be achievable between 2025 and 2035. The key to meeting this goal is increasing the amount of food and medicine deliveries via small electric vans.

The study shows that each commissioned delivery made with a small, autonomous commercial vehicle replaces several passenger car trips. It also turns out that the more customers use the service, the more optimized the routes. This is important, because if the goods are delivered in “batches,” the total number of kilometres travelled is significantly reduced.

Our climate and labour market will benefit

Overall, launching a significant local delivery service based on small autonomous vehicles in the years to come (halving traditional purchases of essential goods) could bring benefits including the generation of some 3.4 million jobs in the U.S.

Given that transport is the main generator of greenhouse gas emissions, and that shopping trips contribute so much to environmental pollution, the benefits for the climate can be enormous. In the case of the US, we are talking about a reduction in carbon dioxide emissions of 407 million tonnes. That’s as much as all the households in New York, Los Angeles, Chicago and Houston currently produce altogether. The effect mainly stems from a reduction in pollutants such as particulates or sulphur monoxide.

More importantly, however (which is rarely mentioned today), the widespread use of such food or medicine deliveries could decrease road accident numbers by 10-15 percent.

According to statistical data, each year approximately 360,000 Americans die in road accidents and millions are injured. Analysts estimate that the traffic reduction caused by autonomous deliveries could save about 48,000 lives each year, and the total number of injured could be reduced by almost 3,500 people.

These are all advantages, but the list of issues is quite lengthy too. This is because the implementation of these deliveries will require special, long-term investments. Analysts believe that obtaining equipment, i.e. vehicles for delivery (including for transport at a controlled temperature) is the least of the problem. It may turn out to be more troublesome and expensive to find and train:

It will also be expensive to provide employees with appropriate tools to support e.g. the preparation of goods for shipment, or to improve order completion.

And one more issue: e-commerce generates more than twice as much waste as compared to traditional retail outlets. So we will need to deal effectively with the growing “heap” of packaging as well.