The UK Government has announced it is pausing the rollout of new all lane running smart motorway schemes until 5 years of safety data is available. 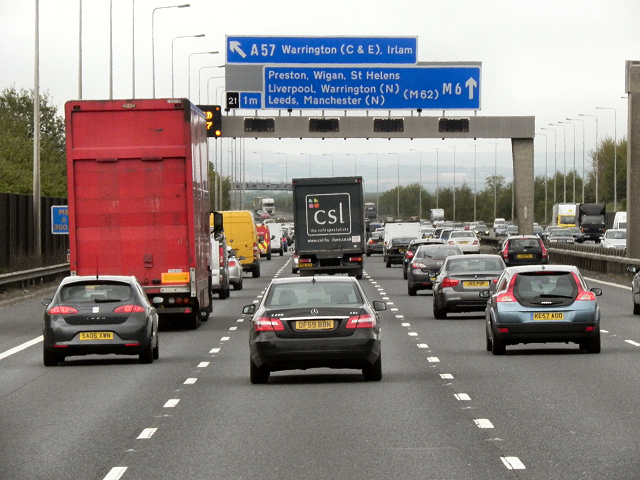 The news comes after last year’s “The Independent Review of All Lane Running Motorways in England” found that the risk of being involved in a live lane breakdown on an all lanes running smart motorway (ALR) in England is 216% higher than on a standard motorway, as there is no hard shoulder to provide refuge in the event of a collision or breakdown.

In a statement published yesterday evening, the DfT said the rollout of new smart motorway schemes would be paused until a full 5 years’ worth of safety data is available, while £900 million would be invested to improve safety on existing all ALR motorways.

The move, which has been done “in line with the Transport Committee’s most recent recommendations” will see the government assess the data safety data after 5 years in order to decide on the future of smart motorways.

In the meantime, the government said would “go further by ensuring current smart motorways without a permanent hard shoulder are equipped with best-in-class technology and resources to make them as safe as possible.”

In order to do this, £390 million of funding will be used to install more than 150 additional emergency areas so drivers have more places to stop if they get into difficulty. This, says the government, will represent around a 50% increase in places to stop by 2025.

Despite there being plenty of opposition to smart motorways, the DfT has welcomed the Transport Committee’s report, which endorsed its focus on further upgrading the safety of existing ALR smart motorways rather than reinstating the hard shoulder.

The report states that evidence suggests hard shoulders do not always provide a safe place to stop, and by reducing motorway capacity, they could put more drivers and passengers at risk of death or serious injury if they were to divert onto less safe local roads.

“While our initial data shows that smart motorways are among the safest roads in the UK, it’s crucial that we go further to ensure people feel safer using them. Pausing schemes yet to start construction and making multimillion-pound improvements to existing schemes will give drivers confidence and provide the data we need to inform our next steps. I want to thank safety campaigners, including those who have lost loved ones, for rightly striving for higher standards on our roads. I share their concerns.”