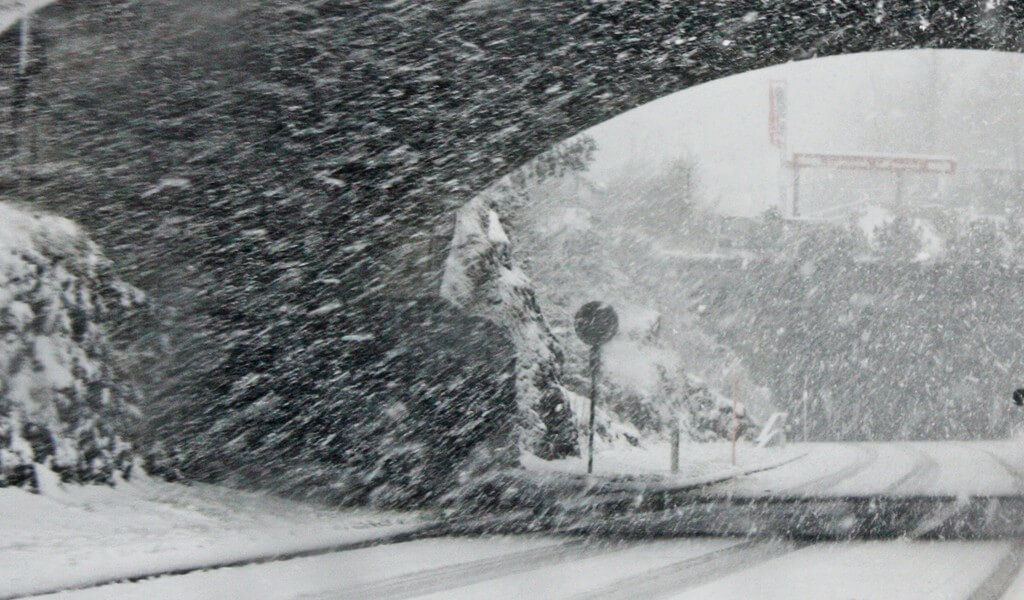 Heavy snow and ice on the roads is continuing to cause huge travel disruption in Germany, with further snow expected to fall in the country today.

According to spiegel.de, yesterday’s heavy snowstorm pushed the emergency services to its limits in the North Rhine-Westphalia region. The police had to block highways following countless accidents, including on the A7, which was almost at complete standstill late last night.

On the A6 near Nuremberg, a total of 150 trucks came to a stop between the Roth junction and the Nürnberg-Süd motorway junction. Over on the A4 near Gera in Thuringia, rows of trucks also got stuck in snow drifts. In the right lane in the direction of Frankfurt am Main, a kilometre-long traffic jam formed as trucks had to be towed free. 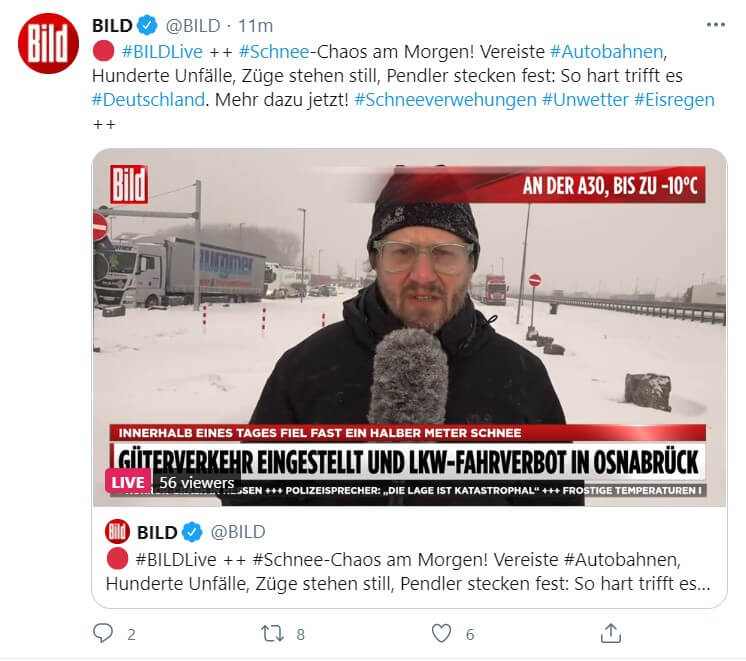 At 7am this morning, the police closed the A7 southbound after traffic came to a standstill at the Drammetal junction. Diversion routes are being signposted. For the time being, traffic has been diverted to the A38. Unfortunately, an alternative route via Hedemünden is also impassable because stranded trucks are blocking the lane.

The situation is similar on the motorways north and east of Hesse. “The situation is catastrophic,” says a police spokesman from the region. In many areas, trucks and cars have been stuck in traffic for six hours and there is no forward or backward movement.

The A7 and A4 are particularly affected, and truck drivers have been told to avoid the motorways. It is not yet clear when the lanes will be clear again. There is no movement on A7 between Lutterberg and Homberg either.

NTV.de report that more heavy snow is expected in Saxony, Southern Brandenburg, East Westphalia and North Hesse this morning. Later on, the snowy weather will move northwards and also expand to the west. There is a widespread threat of treacherous roads as a result of snow, ice and blizzards.

In the southern half of the country, scattered snow showers are forecast, although Bavaria is expected to be dry for most of the afternoon. The same is true in the Alps. Temperatures on the Alpine roads are forecast to be between -1 and -6, but the wind-chill will make it feel like between -10 and -20.