Solar panels on roofs and sides of semi-trailers. How much can you save? 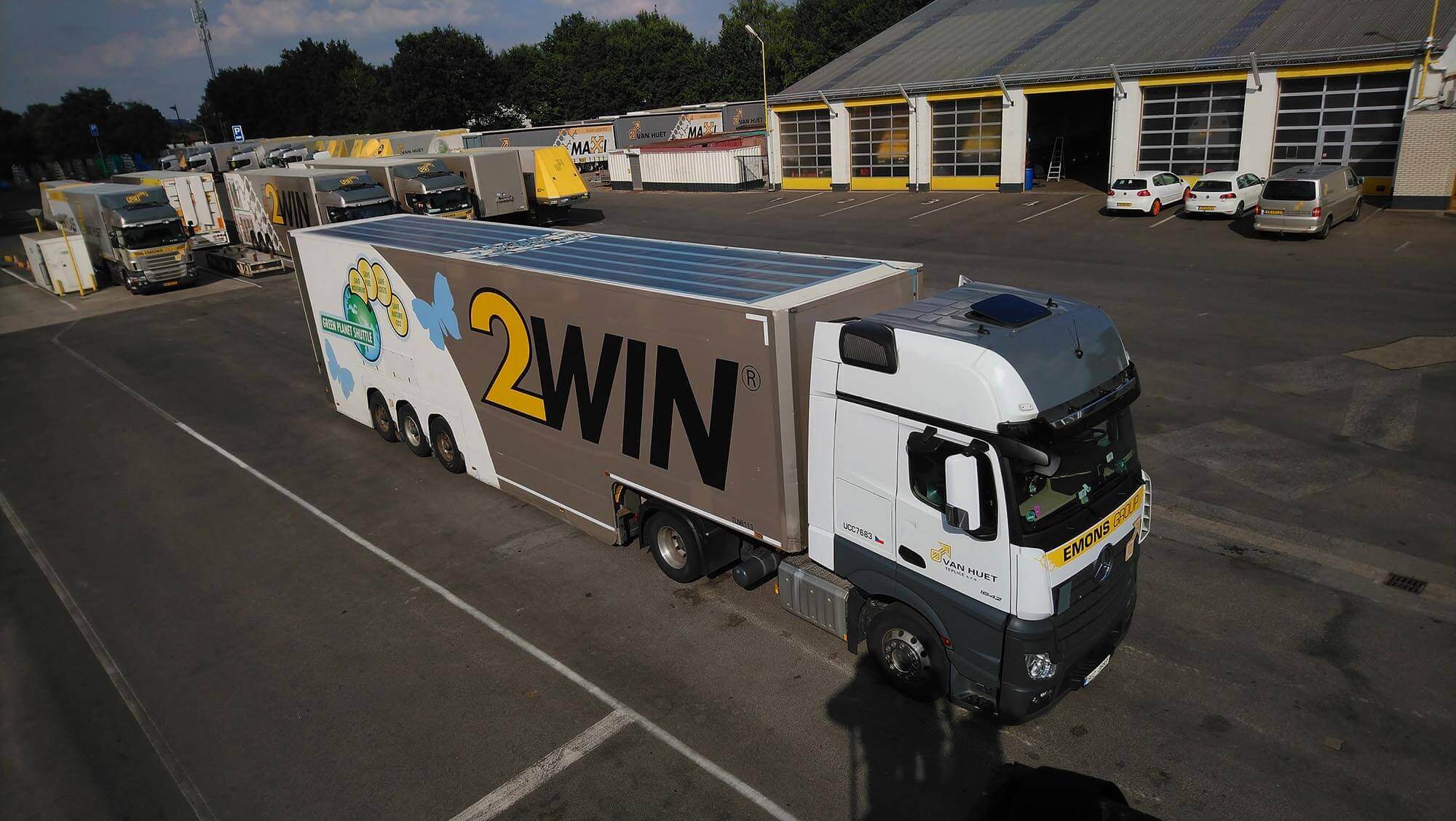 Research has found that solar panels on the roof of a semi trailer can reduce fuel consumption by at least 5.5%, with a further 4.5% possible when solar panels are attached to the side of the trailer.

The conclusions are the result of tests conducted in Sweden, a country which does not often benefit from excessive sunshine. In sunny Spain, however, Scania expect the results could even be twice as good.

Although the solar panel solution is not new, and tests so far have not been very impressive, manufacturers keep on pushing the technology forward in the belief their solution will eventually revolutionise the road transport market.

The theory is that solar panels can make transport become cheaper and more sustainable. Does the claim have any truth though?

According to Dutch company IM Efficiency, absolutely. The panels they install on the roof of semi-trailers are currently being tested by Vos Logistics.

Pilot tests are under way, as the company’s Chief Executive Officer, Martijn Ildiz, confirms to Trans.INFO:

We verify aspects such as: performance, usability of the equipment, its reliability, assembly procedure and necessary certification tests.”

Meanwhile, IM Efficiency maintains that even with its panels only a few millimetres thick, carriers can reduce fuel consumption by 5.5%. This means a return on investment is expected after three years.

In the near future (the company does not specify when exactly) IM Efficiency wants to deliver panels for nearly 4,000 trailers in the Benelux region alone – and this is just for starters.

Both transport and environmental protection are cross-border issues. That is why we want to offer SolarOnTop internationally soon, so that transport companies throughout Europe and even beyond can save fuel through solar energy. We are therefore open to cooperation with carriers from various countries,” Martijn Ildiz assured us.

At present, the company is focusing on protecting the panels against snow deposits.

Our solar panels are very durable and can withstand extreme temperatures, including freezing cold in winter. However, when ice or snow cover them [the panels], solar energy production is significantly reduced. We are therefore looking for ways to prevent deposits of this type on the panels,” says the company’s CEO.

From top to sides

Perhaps one way would be to install them on the sides of the semi-trailer? This is the solution chosen by Scania, which is developing a trailer with solar panels designed for hybrid trucks.

The vehicle will be tested by Ernst Express. The 18-metre vehicle will be covered with solar panels on the top and sides, which means that they will cover a total area of 140 square metres, reports volkswagenag.com.

Scania estimates that this solution will save carriers between 5% and 10% of fuel in Sweden. In sunny locations like Spain, the savings are expected to be even twice as high.