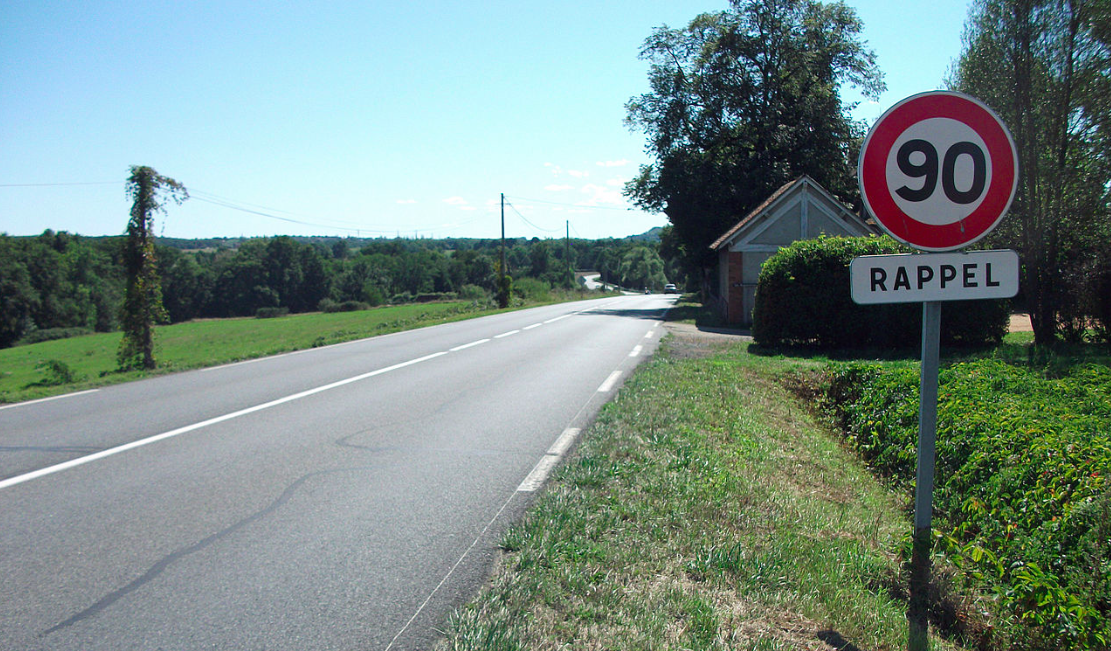 One area in France has already raised the speed limit on not divided two-way roads.

18 months after the speed limit had been reduced from 90 to 80 km/h on French roads managed by regions, marked ‘D’ or ‘RD’, some regions abandon the new regulations. The Department of Haute-Marne in the east of the country raised the maximum permitted speed to 90 km/h as early as 9 January. Such a possibility is provided by the departmental authorities in the Mobility Act (LOM).

It is already known that Seine-et-Marne will also follow in the footsteps of Haute-Marne, French press agency AFR informed. There are a total of 487 km of roads of this category in this region.

The department of Ile-de-France has also announced that the former speed limit will be reinstated on almost 500 km of its roads by March this year.

According to the association Ligue de Défense des Conducteurs, further departments may soon withdraw from the reduced limits:

French Prime Minister Edouard Philippe announced a reduction in the speed limit in January 2018 and the change entered into force on 1st July of the same year. Edouard Philippe made this decision because the number of fatal road accidents has been increasing since 2013. The French Prime Minister knew that he was exposing himself to criticism, but he wanted to ‘save many lives in this way’, wrote Le Figaro 2 years ago. The reduction was sharply criticised by the so-called yellow vests, which in this solution saw a desire to increase budget revenues from tickets rather than security concerns.