Spain: drones will be used to catch road hogs after successful tests 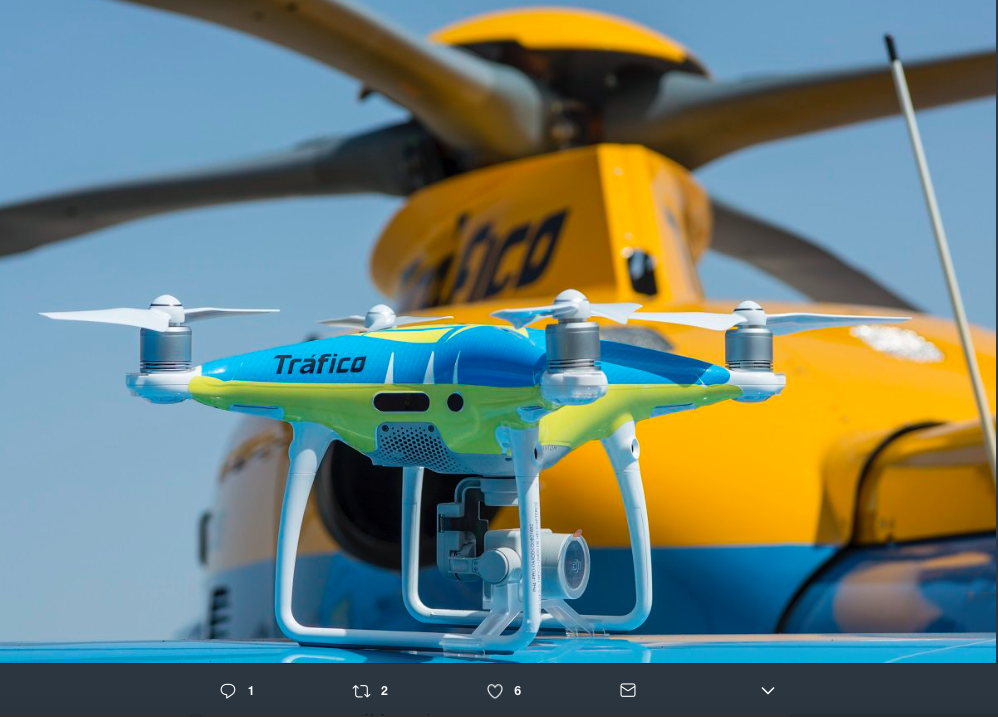 The national traffic authority of Spain (DGT) plans to use drones still this year. They will help to control traffic and capture non-compliant drivers.

DGT, the national traffic authority of Spain, decided to use drones for roadside checks on a regular basis. Before the decision, police carried out several successful tests last year – one on the long weekend of May and another one during Christmas.

According to the news, a total of 11 devices will keep their eyes on Spanish roads. DGT hopes that together with super laser radars – the so-called velolasers – drones will significantly reduce the number of accidents.

Drones register road hogs at distances of up to 500 m and control roads from a height of 120 m. With a fully charged battery, they can work for up to 2 hours. The compact size of the devices allows their use on any road, although they are designed primarily for work on motorways.

Also, they can work at night. Unfortunately, they are not equipped with a speed detection device. They will, however, record non-compliant, dangerous manoeuvres such as overtaking on a continuous line. If a drone detects such behaviour, it notifies the nearest patrol of the offence. The patrol then stops the driver to impose a fine on them.