The new head of the Spanish transport department, José Luis Ábalos meets the expectations of numerous industry organizations and declares a war on dishonest carriers. Spain will join the Alliance du Routier and intensify controls of foreign transport companies.

It is certain – Spain will join the Alliance du Routier. José Luis Ábalos, the new Spanish Minister of Transport, recently presented his plans and priorities related to the domestic road transport sector.

Ábalos’ decisions are a reaction to the interpellation of Senator Laury Castel, who drew attention to the difficult situation of the Spanish transport sector. In the document, Castel described „a disturbing increase in the activity of companies and fleets from Eastern Europe, both in Spanish domestic and international transport.” As the senator pointed out, the participation of companies from the east reaches already one-third of transports from and to Spain, therefore Castel demands changes in the regulations governing the posting in the territory of the country so that the driver becomes a delegate already on the first day of work.

The local posting regulations concern drivers who spend more than 8 days in Spain. This right is practically not applicable to transport, and if so, to a negligible extent, enabling the letterbox companies to flourish. In addition, the senator demanded that Spain join the road Alliance.

Response from the Minister of Transport

José Luis Ábalos recognizes „the fundamental and strategic role of the road transport sector”, which carries out more than 90 percent of freight transport of Spain.

Therefore, the ministry’s main challenges will be related to the provisions governing access to the industry, the fight against social dumping, the introduction of electronic documentation and the Mobility Package.

The minister also confirmed that Spain will join the Alliance duRoutier concluded by the countries of the Old Union at the beginning of last year. In addition, Ábalos stressed the importance of the implementation of the Transport Control Plan for the ministry, carried out by the Spanish inspections – the Treasury and Labor. The controls will concern „in particular foreign companies.”

What is the Alliance du Routier?

Alliance du Routier is an agreement signed on 31 January 2017 by transport ministers from Austria, Belgium, Denmark, France, Luxembourg, Germany, Norway, Switzerland, Sweden, and Italy. Greece has also recently joined this group and the Netherlands has an observer status. The aim of the agreement is to combat social dumping as well as to ensure healthy and fair competition among companies, respect employees’ social rights and improve the safety of drivers. 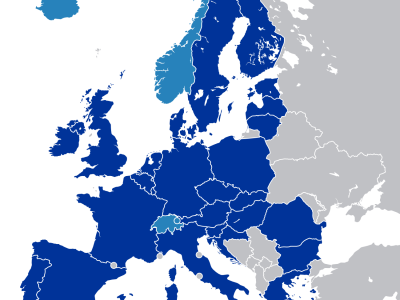 Will France manage to kick Eastern...

Denmark introduces a minimum wage for foreign truckers. This is how the governme...
Will France manage to kick Eastern Europe out of the EU’s single market?
Important changes in driving regulations in the Netherlands, Turkey and two Germ...