How innovative companies are transforming the steel industry

1.87 million tons of crude steel were produced worldwide in 2020, according to World Steel. Of that amount, 16% was destined for the transport sector. If we’re going to make a dent in the environmental footprint of the global manufacturing industry, one of the first processes that will need to be transformed is steel production. 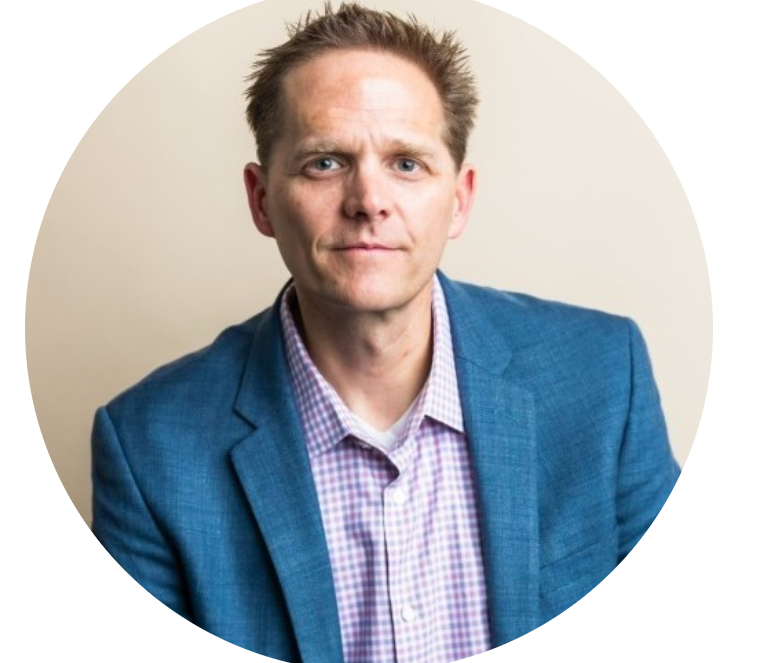 SSAB is one of the global steel manufacturers at the forefront of that revolution. They’re currently pioneering something called fossil-free steel – steel produced without releasing any carbon dioxide into the atmosphere.

Thomas Hörnfeldt, Vice President of Sustainability and Public Affairs for SSAB, recently joined us for FourKites’ Global Supply Chain Sustainability Summit to discuss the importance of greening the manufacturing industry.

SSAB plans to introduce fossil-free steel into the global market by 2026, and to be 100% fossil-free by 2045. They intend to achieve this by a stepwise reduction in their carbon footprint, targeting both reductions in net-zero carbon emissions from within their operations, as well as from purchased energy.

“Our goal is to get rid of CO2 emissions, and we’re really talking about eliminating them, not reducing them,” Hörnfeldt said during the FourKites Sustainability Summit. “Being a steel maker, we are quite early in the supply chain. Our customers are typically automotive companies, construction companies, agricultural companies, and everybody that makes general machinery.”

Many of SSAB’s prospective zero-carbon steel customers are automotive companies, automotive suppliers and construction companies. In each of these industries, relatively little emissions tend to be generated during the actual production phase, compared to both the use and the manufacturing of the raw materials themselves. For example, in the European automotive industry — which is well on its way to eliminating tailpipe emissions exhaust — the bulk of environmental impacts generated by a vehicle is transitioning from the actual use of the vehicle to the manufacturing of that vehicle.

The same is true for sustainable construction.

“We have zero energy buildings where using the building doesn’t really generate that much environmental impact,” Hörnfeldt said. “But the construction of the building and the materials that go into the building has the main impact. And that is also where, again, fossil free materials will play an important role in the future.”

“Our goal is to get rid of CO2 emissions, and we’re really talking about eliminating them, not reducing them.”

How To Make Green Steel 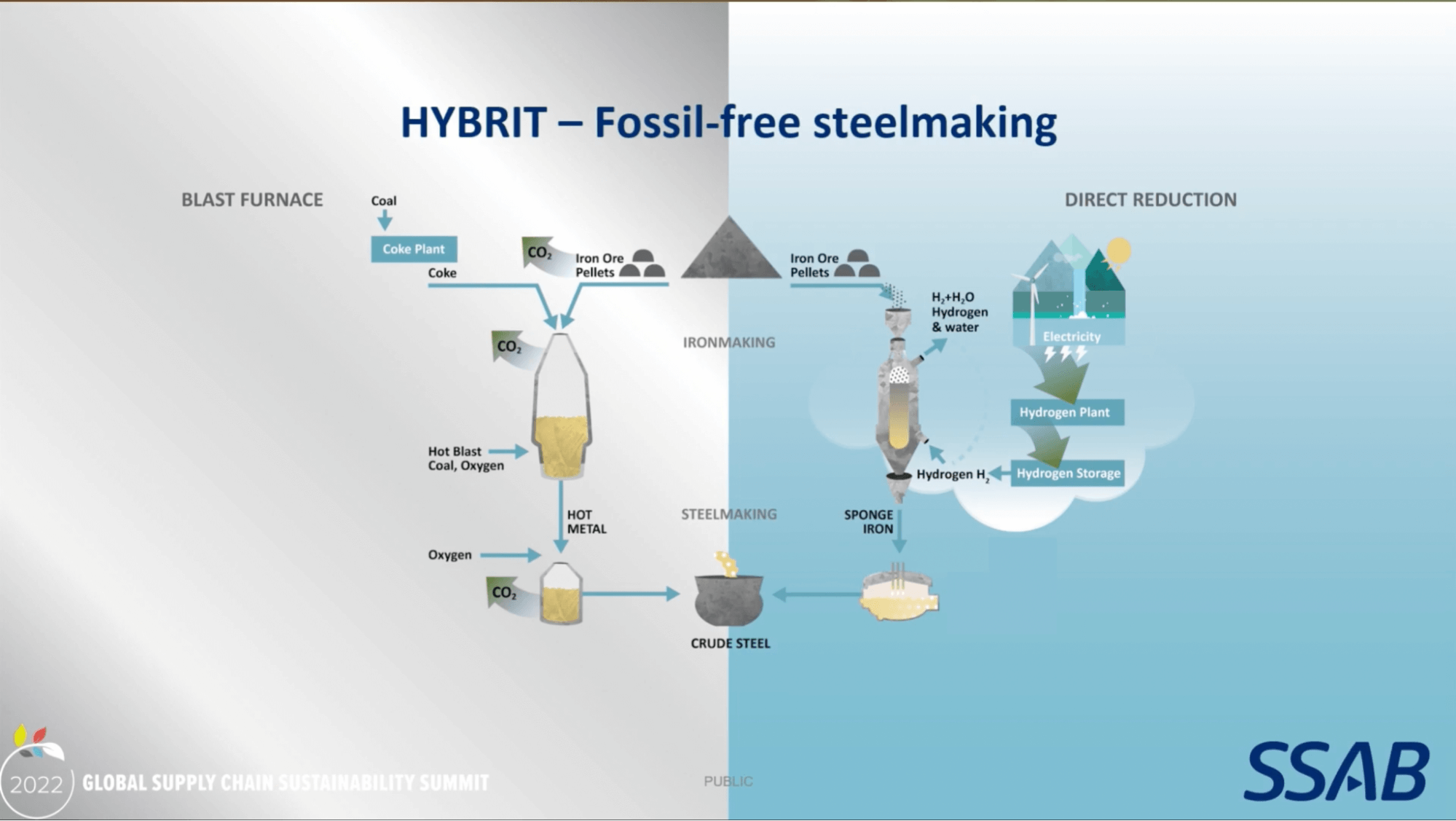 Fossil-free steel is produced using a process called Hydrogen Breakthrough Ironmaking Technology, or HYBRIT. The HYBRIT process was developed by SSAB at their pilot plant in Luleå, Sweden, and unveiled in August 2021 in collaboration with Swedish utility provider Vattenfall and mining company LKAB.

Traditional steel-making uses a process known as coking to extract oxygen out of iron ore. This process, however, releases a significant amount of carbon dioxide. To create their fossil-free steel, SSAB has replaced coking with a process that uses electrolysis – passing an electrical current through water to separate it into its constituent elements of hydrogen and oxygen.

This means that not only is there virtually no carbon dioxide being released in the process of making the steel, but that new steel is actually serving as a repository of carbon that otherwise might have found its way into the atmosphere.

Volvo Group, a FourKites strategic investor, has been an outspoken advocate for enterprise sustainability. In October 2021, Volvo Group unveiled the first-ever vehicle made using SSAB’s fossil-free steel. The machine, a massive load carrier designed for use in mining and quarrying operations, consists of more than 3000 kilograms (or over 6600 pounds) of fossil-free steel. The prototype signals a major shift in industrial manufacturing processes, since more than 70% of the weight of these heavy-duty vehicles come from steel and cast iron.

China-based Volvo Cars also has a concept in the works that would use the fossil-free steel for consumer vehicles, rather than industrial applications.

SSAB intends to become a commercial-scale supplier of decarbonized steel by 2026. The company is currently in the process of converting its Oxelösund blast furnaces into an electric arc furnace which uses the HYBRIT technology. SSAB has targeted achieving net-zero emissions by 2040, and intends to ramp-up use of fossil-free steel over the next decade.

At FourKites’ recent Global Supply Chain Sustainability Summit, we hosted guests from a dozen of the world’s leading companies to learn how they were using real-time visibility technology to green their supply chains. Learn more about how FourKites can help you track the right data and collaborate with your network.