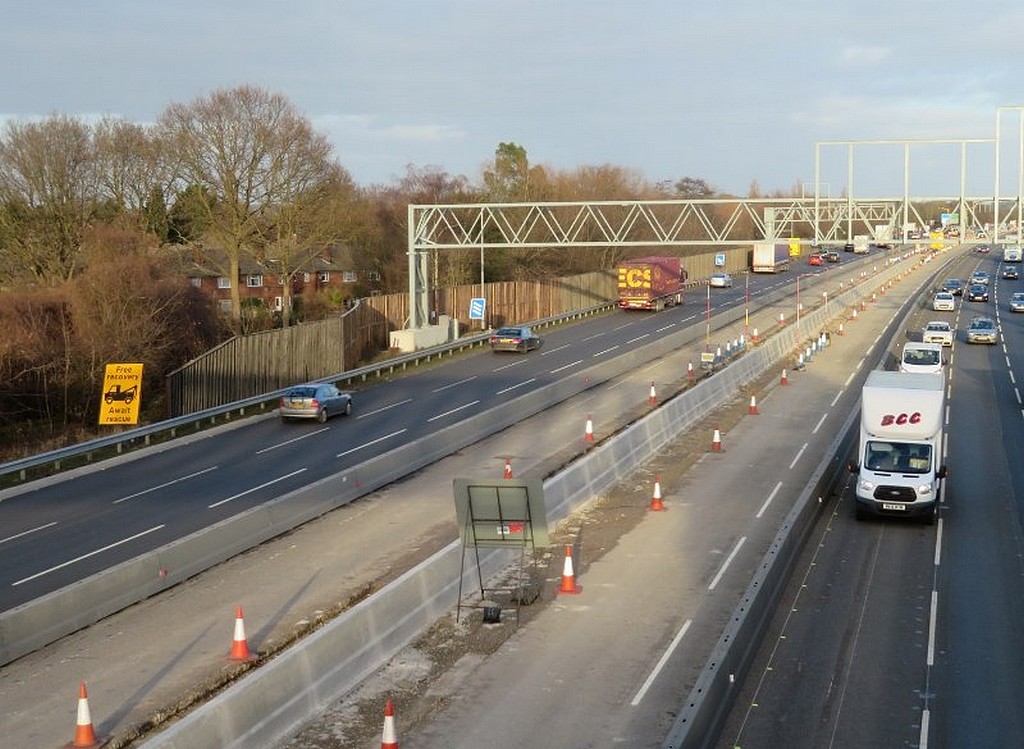 A survey of 2,000 UK drivers, conducted by road safety charity Brake and breakdown provider Green Flag, has found that less than half of the country’s drivers are aware of smart motorway rules.

What are smart motorways?
Smart motorways were first introduced in the UK in 2006. They use technology to expand capacity and ease congestion on the strategic road network without widening the road infrastructure already in place. This may involve changing speed limits to make traffic flow more smoothly, activating warning signs to alert drivers to traffic jams and hazards, using the hard shoulder for traffic, or closing lanes to allow emergency vehicles through.

There are three main kinds of smart motorway:

• Controlled motorways, which use variable and mandatory
speed limits to control traffic flow

• All-lane running motorways, which permanently convert
the hard shoulder as a running lane and have emergency
refuge areas

• Dynamic hard shoulder running motorways, which
sometimes utilise the hard shoulder as a running lane
depending on traffic needs at the time.

Referring to the figures, Joshua Harris, director of campaigns at Brake, said that „communication efforts must urgently be stepped up” in order to avoid more tragic incidents on smart motorways:

“These important findings confirm what we all suspected – drivers are confused about the rules of driving on smart motorways and communication efforts must urgently be stepped up to help avoid more tragic incidents on these roads. We welcome the measures the Government has outlined to improve smart motorway safety and urge them to follow this evidence-led approach for all UK roads. With more than 75 deaths and serious injuries on our roads, every day, improving road safety must be a priority for this Government.”

The report also found that 78% of drivers leave at least a two-second gap behind the vehicle in front of them, in line with the Highway Code guidelines for safe driving. However, 18% admit to leaving less than a two-second gap, which Brake say is „not only endangering themselves but other road users in the process.”

In addition, only 26% of the survey respondents correctly identified that cars need 96m – or 24 car lengths – to stop if travelling at 70mph, whilst almost two-thirds (63%) incorrectly believe the stopping distance to be less.

The survey results and its findings can be read in full here.