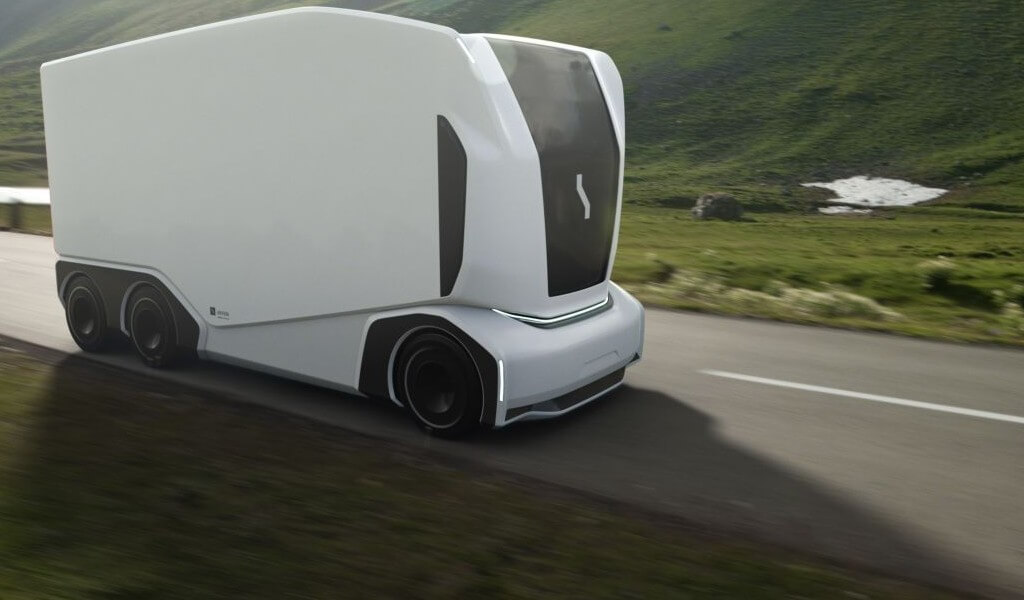 Stockholm-based startup Einride have unveiled their latest autonomous delivery vehicle concept, which could be in operation as early as next year.

Last year Einride became the first in the world to have a fully autonomous and electric heavy transport vehicle drive itself on a public road.  On Thursday the company revealed that the vehicle they had been testing is ready for order and will be shipped to customers in 2021.

The Swedish startup broadcasted the news during a snazzy product launch that featured a video filmed by Swedish artist Alexander Wessely.

The so-called „Pod” is fully-electric, while its rounded edges „give it a more aerodynamic shape for improved performance, but do not impede on cargo capacity” according to Einride.

Einride boast that the autonomous delivery vehicle allows for sustainable, cost-competitive shipping thanks to its Autonomous Electric Transport (AET) technology, which is coordinated by their intelligent freight mobility platform.

The models available to order now are categorized as AET 1 (Fenced) and AET 2 (Nearby). AET 1 is intended to be used in closed facilities with predetermined routes best suited for fully-autonomous operation. The AET2 vehicles can be used in the same way as their AET1 counterparts, but also have the ability to travel on public roads over short distances between destinations.

How much does it all cost then? Well, companies interested in ordering the Pods can do so for an initial cost of $1,500 plus an additional $8,500 to be invoiced following the reservation. On top of the $10,000 reservation fee, businesses will also have to fork out for an operational fee of around $18,000 per month for AET 1 and $19,000 per month for AET 2.