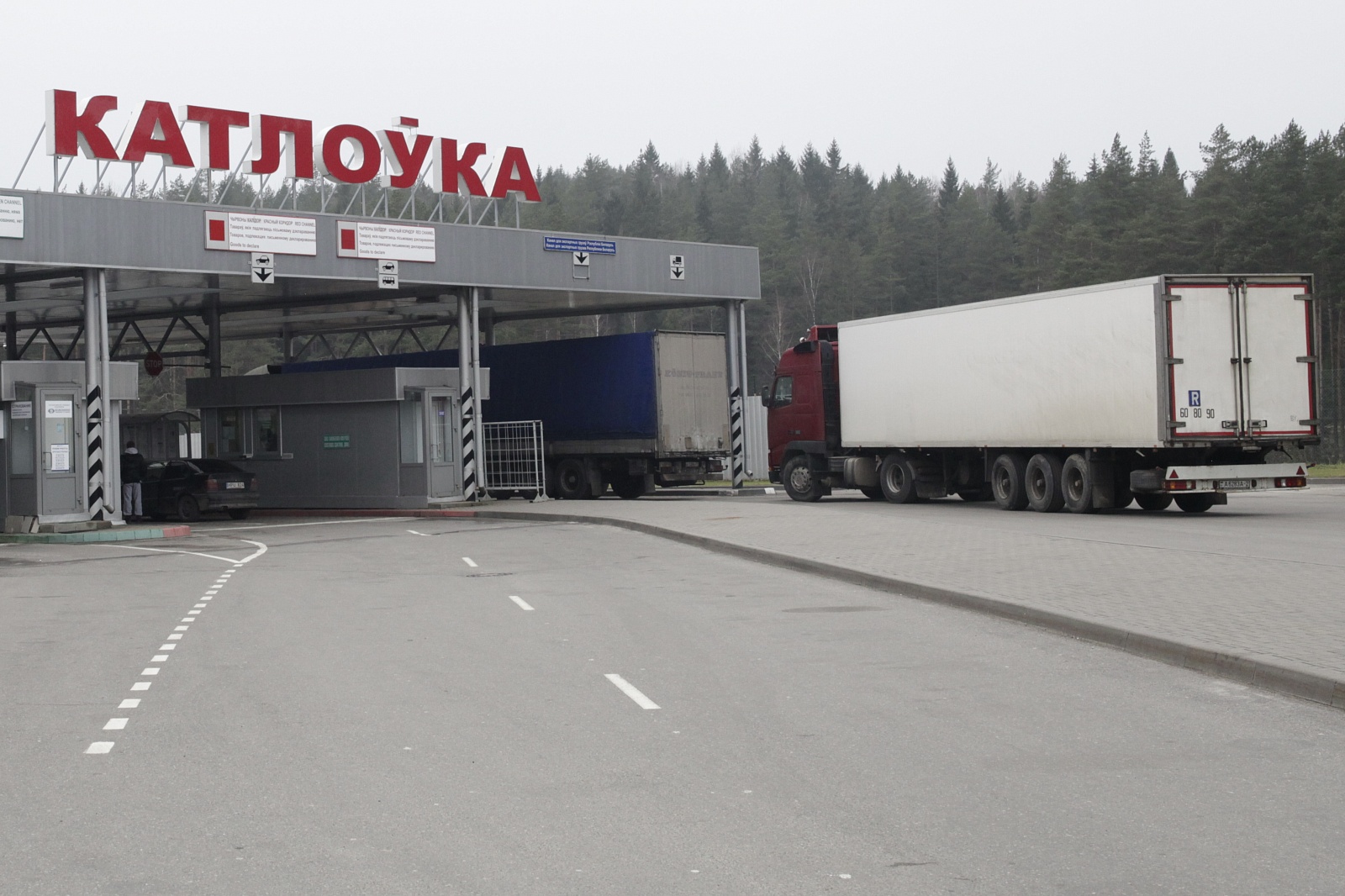 It is no secret that most of the products that go to Russia under a Belarusian label are from Poland. These products are mainly fruits, vegetables, dairy products and wines. However, not everyone is aware of how a wide network of smugglers is helping to bring exclusive European products to Russian tables. Sergei, a truck driver from Belarus, told the story.

The Russians have repeatedly accused the Russian authorities of hypocrisy as they have discovered in online photographs banned goods that appear on the tables of politicians at conferences, banquets and private events. After all, the services boast more and more often about the taking over a sensitive “sankcionka” (sanctioned goods). So, how did French cheeses, Polish apples and Spanish wines get on the Russian tables?

As it turns out, in Central and Eastern Europe there is an extremely extensive international structure, which transports goods subject to the embargo from Europe to Russia.

The pattern is very simple. First, a truck with exclusive products from Poland, France or Spain arrives in Belarus. Fees are paid at the border, the vehicle undergoes the necessary checks and controls. Everything happens legally, according to the procedures.

The truck then moves on to the warehouse, where the cargo is reloaded to another vehicle that will go to Russia. It is at this stage that the origin of goods is changed. All labels with the name “Poland” are rubbed off, and the Belarusian designation appears in their place.

Then the driver, who knows exactly what he is transporting, receives the necessary transport documentation. According to the papers, the truck should be unloaded in one of the Belarusian towns located near the border with the Russian Federation.

But the truck never gets to the unloading address indicated in the waybill. The vehicle isn’t even heading in that direction. Instead, the driver arrives at an agreed location near the Russian border. More trucks with similar loads meet there. In an interview for the portal, 3mv.ru Sergei tells us that recently there were 16 of them. They form a column and start the route towards Russia.

The ride is always at night and alongside roads. The column is escorted by guides who drive in a separate car. If something happens while driving and one truck has to stop, nobody is waiting for it – the column has to move smoothly.

The trucks reach an unguarded section of the border, where another escort group is waiting for them. Sergei claims that during his last tour they were policemen dressed up as civilians from the Pskov Oblast bordering Belarus, Latvia and Estonia. Already in Russia, police officers are escorting trucks in two cars driving two kilometres from the trucks – one opens the column, the other closes it. For every vehicle, the escort charges $100.

10-15 kilometres further the column meets another group of people who help drivers to mount seals on trailers and give trucks a complete set of new transport documentation. Sergei notes that there were apples in his vehicle, and the waybill confirmed the transport of some equipment of the same weight.

This way, all trucks are escorted to St. Petersburg, 550 kilometres away from the Belarusian border, without any problems. This is where the vehicles arrive at various warehouses, where they are unloaded.

How much money is made on this?

For participation in such transport, drivers receive an average of $400 if they travel only from Belarus to Russia and about $2,000 if they transport goods directly from a European country. This is a very large amount and many drivers are willing to earn extra money, especially since the trucker is not responsible for the transported cargo. In the event of a mishap, the owner of the truck and the shipper of the cargo are liable.

The punishment, by the way, is not severe. In the worst case scenario, the vehicle and its cargo will be stopped and held for several months until the products have spoiled. Then the inspectors return the truck and blacklist it. This is not a problem either – Belarusian companies quickly register with new business, make new numbers for the truck and thus, to the quiet satisfaction of all, the vehicle “returns to the game”.