The evolution of delivery drones in logistics 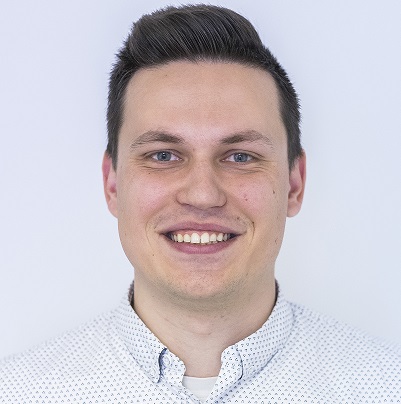 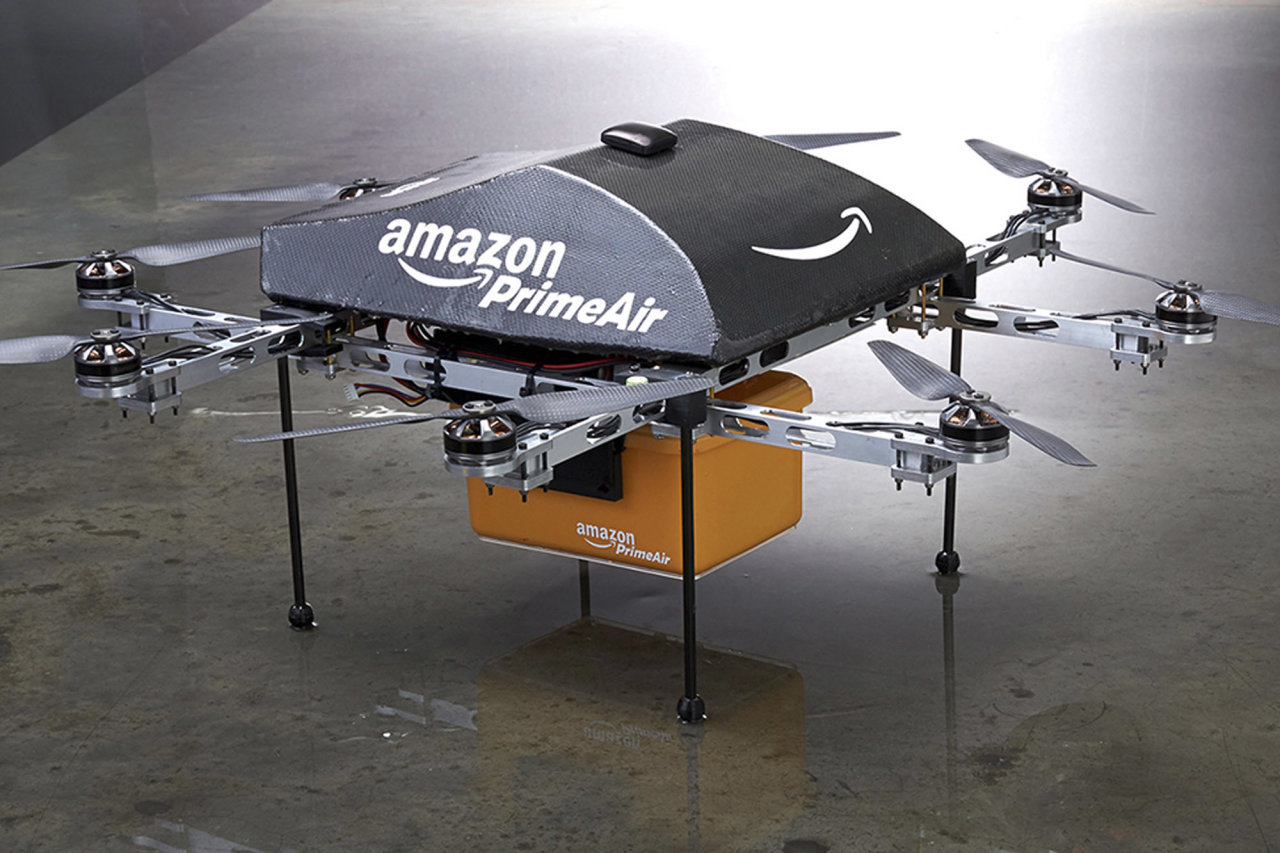 Over the past decade, drones have evolved from an underdeveloped pipe dream to being on the cusp of its own mainstream logistics sector. Drones, known more formally as Unmanned Aerial Vehicles (AEVs), are small, autonomous robots that can be controlled either remotely or by following an internal flight path on its own.

Let’s take a quick look at how drones have evolved in recent years. While drones have been used for military purposes for decades, the first US commercial drone permits were issued by the U.S. Federal Aviation Administration back in 2006, allowing drones to be flown for business purposes for the first time ever. Just a few years later in 2010, French startup Parrot released the Parrot AR Drone, the first drone to be controlled by Wi-Fi and smartphones — a huge step for drone development for both consumers and businesses. In 2013, Amazon swooped in with its concept for a drone-based delivery system, although the company is still yet to release details on when it will actually start making large-scale commercial shipments via drone. In 2016, DJI released its Phantom 4 Drone, the first to incorporate machine learning technology to intelligently track objects in place of following a GPS signal or programmed route. This brings us to today’s drone climate, with dozens of new drone startups popping up worldwide in an effort to bring drone delivery to everyday life.

Meanwhile, as sustainable last-mile delivery has become a topic of increased focus in logistics over the past few years, more companies have started looking towards drones as a cost-effective, environmentally friendly answer. After all, 50% of a shipment’s total cost distribution can be attributed to the last mile delivery — which could be dramatically reduced by the use of commercial drones. That’s why McKinsey predicts that AVs including the delivery drones will make up to 80% of deliveries in the future, while NASA estimates 2.6 million commercial drones will be in the air in 2020.

Although there is certainly a slew of regulatory obstacles to overcome around the globe, most players in the logistics industry believe that with the high number of benefits the technology could bring, in addition to its ease of scalability, regulators will eventually create a path for mass commercial use of delivery drones. In this article, we take a deeper look into projects from startups, tech companies, and logistics service providers and how we expect the industry to evolve in the coming years.

A look at the current state of delivery drones in logistics

2019 was a landmark year for the regulatory progress of drones: Alphabet’s drone startup, Wing, made its very first delivery in the state of Virginia, with the help of partners FedEx, Walgreens, and a local retailer. Wing also launched its first air service in Australia, which allows customers to place fast orders for food, coffee, and over-the-counter pharmacy items through a mobile app, and have them delivered directly to their homes by drone in minutes.

Both consumers and businesses alike have also been widely anticipating the release of Amazon Prime Air, the electric drones aiming to deliver 5-pound packages within a 15-mile radius to customers in just under 30 minutes. In the works since 2013 when its drone design was first announced, the company said in June 2019 that the new drone that can do vertical takeoffs and landings would start shipping packages to consumers “in a matter of months,” although this development has yet to be seen.

What’s intriguing about today’s drone startup landscape is the wide variety of approaches that businesses are taking to create drone solutions: From warehouse operations to last-mile delivery drones to unmanned air cargo planes, there are a wide variety of ways that drones will start to impact the logistics industry.

Take Dronamics, for example. The air cargo startup has decided to approach the industry with a focus on unmanned cargo planes, like its Black Swan model. By removing the cockpit required for human-operated planes, this AEV can transport up to 350 kilograms at a distance of 2,500 kilometers (or 1,550 miles) for a cost that’s up to 50% lower than regular cargo planes. Its impressive design led the startup to become the International Air Transport Association’s very first strategic partner in the AEV sector.

Meanwhile, GEODIS and Delta Drone are aiming to disrupt the warehousing industry with a drone that replaces the need for human labor in inventory warehouses. Their partnership has created a battery-powered robot in combination with a quadcopter drone equipped with four high-definition cameras and controlled by geolocation technology. In 2018, the companies performed 1,000 test flight hours and found that the solution was able to manage inventory with success rates close to 100%. By having robots both on the floor and in the air, warehouses can operate outside of normal working hours and increase productivity and safety.

Other companies are wondering how drones can be used for social causes, like providing access to medicine in remote areas. That was the focus of the joint 2018 pilot project from DHL, Wingcopter, and GIZ, which tested the viability of drone delivery of health commodities to the remote area of Lake Victoria, Tanzania over a period of six months. The completely autonomous DHL Parcelcopter 4.0 successfully completed the journey of 60 kilometers per trip on an average of just 40 minutes.

Another use case for drone deliveries? Using vertical take-offs and landings to carry heavy parts and equipment to construction sites, factories and even vessels at sea. Volans-i, a San Francisco-based startup, has already tested a drone that can carry up to 90 kilograms payload at a speed of 320 kilometers per hour, using electric batteries for energy-friendly vertical take-offs and landings.

Speaking of vertical logistics, Bell Helicopter and Yamato partnered up to focus on electric vertical take-offs and landings for on-demand drone deliveries. In August 2019, the partners completed the first successful test of their Autonomous Pod Transport 70 in Fort Worth, Texas. During the test, the APT 70 took off vertically and flew horizontally 50 meters above ground for a few minutes before landing. Bell says the aircraft can travel at 160 kilometers per hour and carry up to 32 kilograms. The company plans to launch the APT 70 in Japan before taking it global in the early 2020s.

Why government regulation of delivery drones is key

As exciting as the development of drones and their use cases can be, they won’t actually mean much unless governments and air associations around the world create legislation and regulations for their real-world applications. While several pilot projects in remote areas or lowly populated areas have been approved for testing purposes, commercial delivery drones for consumers in urban areas still require human operators, as drones will most likely need to pass intense safety tests before being allowed to operate fully autonomously in highly populated areas.

Progress in this realm has been slow, although some encouraging steps have been taken in 2019, such as the abovementioned FAA’s approval of UPS as the first nationwide drone airline. Alphabet’s Wing was also approved for an Air Carrier Certificate from the FAA that clears it for autonomous flights to provide services to the public. And in June 2019, Amazon Prime Air was also awarded a one-year approval for research and testing of its drones, though not for commercial deliveries.

The more that drone startups continue to collaborate with outside partners and federal organizations to build and test their drones, the easier it will be to create guidelines that will successfully regulate this exciting industry — and in turn, build out a whole new sector for logistics companies to explore. “

In June 2019, The European Union Aviation Safety Agency (EASA) published common rules for the use of drones in the region in order to create universal guidelines for what is and isn’t allowed by drone operators. These rules won’t go into effect for the Member States until June 2020. This move is the first to create sweeping regulations for an entire region, offering an important example for drone guidelines to potentially follow in other regions, as well.

As difficult as it may be to wait for these broad governmental regulations to fall into place in order to operate freely, the reality is that these rules are extremely necessary. There are plenty of ways that drones can potentially cause damage or be misused: Heavy drone traffic in urban areas could cause accidents and harm bystanders; consumers may be uncomfortable with drones roaming their neighborhoods; near airports, drones could cause damage to airplanes or trigger emergency systems; and their remote connectivity systems offer opportunities to be hijacked by outside persons if not heavily regulated in the design phase.

However, the more that drone startups continue to collaborate with outside partners and federal organizations to build and test their drones, the easier it will be to create guidelines that will successfully regulate this exciting industry — and in turn, build out a whole new sector for logistics companies to explore.