The manual entry in digital tachographs which takes into account days off is to be mandatory and the standby time of the driver is to be counted as „other work”.

According to the verkehrsrundschau.de website last Friday the Federal Council of Germany (Bundesrat) adopted a number of amendments to the Regulation on crews of motor vehicles (Fahrpersonalverordnung, FPersV in short) regulating the working time of drivers.

The federal government in the draft amendment explains that the standby time for the driver shall be treated as the so-called other work. This applies to drivers of vehicles in accordance with § 1 point 1 FPersV, i.e. vehicles used for the transport of goods whose maximum permissible weight, including any trailer or semi-trailer exceeds 2.8 tonnes and is not more than 3.5 tonnes.

The amended provisions, according to the website, will not apply to drivers of vehicles with GVW over 3.5 t.

Nevertheless, according to the planned amendments the standby time will have to be noted by moving the digital tachograph to the „other work” sign (hammer icon). This means that for the waiting time during loading and unloading drivers will be able to request the statutory minimum wage. Previously, this practice was not uniform.

The proposed provision in FPersV is likely to raise the costs of personnel in the freight industry and can also complicate the work planning. According to verkehrsrundschau.de, it may also eventually lead to legal disputes between employees and employers when it comes to the exact definition of standby time for professional drivers.

The federal government also wants to introduce an obligation of manual entry when it comes to vacation or driver illness. Currently, professional drivers have to show a certificate from the employer for the days in which they do not drive any vehicles or drive only those vehicles that are not subject to recording working time, at the request of an officer of the Federal Office for Goods Transportation. European Union policy making, however, requires adequate regulation.

In the older models of digital tachographs manual entry is not possible or is only possible for a limited number of days. In such case the driver has to proceed as with analogue tachographs, that is the driver has to write legibly by hand on the printout from the tachograph. If it is not technically possible or the writing is too big, the truck driving will also be able to continue submitting the certificate from the employer. This kind of evidence will still be accepted during inspections.

The FPersV amendment can enter into force soon

On Friday Bundesrat put certain conditions in their decision and the federal government has to take them into account before the planned amendments enter into force. It is not yet known when the Federal Ministry of Transport responsible for the project complements the draft regulation and submits it again. It will probably happen before the election. The FPersV amendment will enter into force on the day following the publication in the Federal Journal of Laws.

Furlough Scheme: learn how much money... 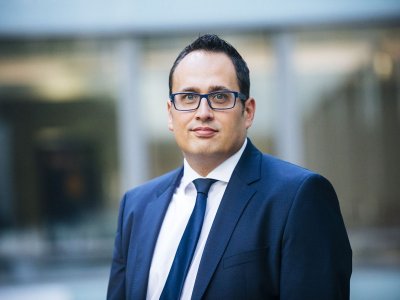 “Steering the company through the storms...

Furlough Scheme: learn how much money you get if you go back to work part-time
“Steering the company through the storms of the epidemic ”. Exclusive interview ...
Changes to the regulations of Driver Certificate of Professional Competence in t...