The SIPSI system is active but with serious errors! See how to overcome them. 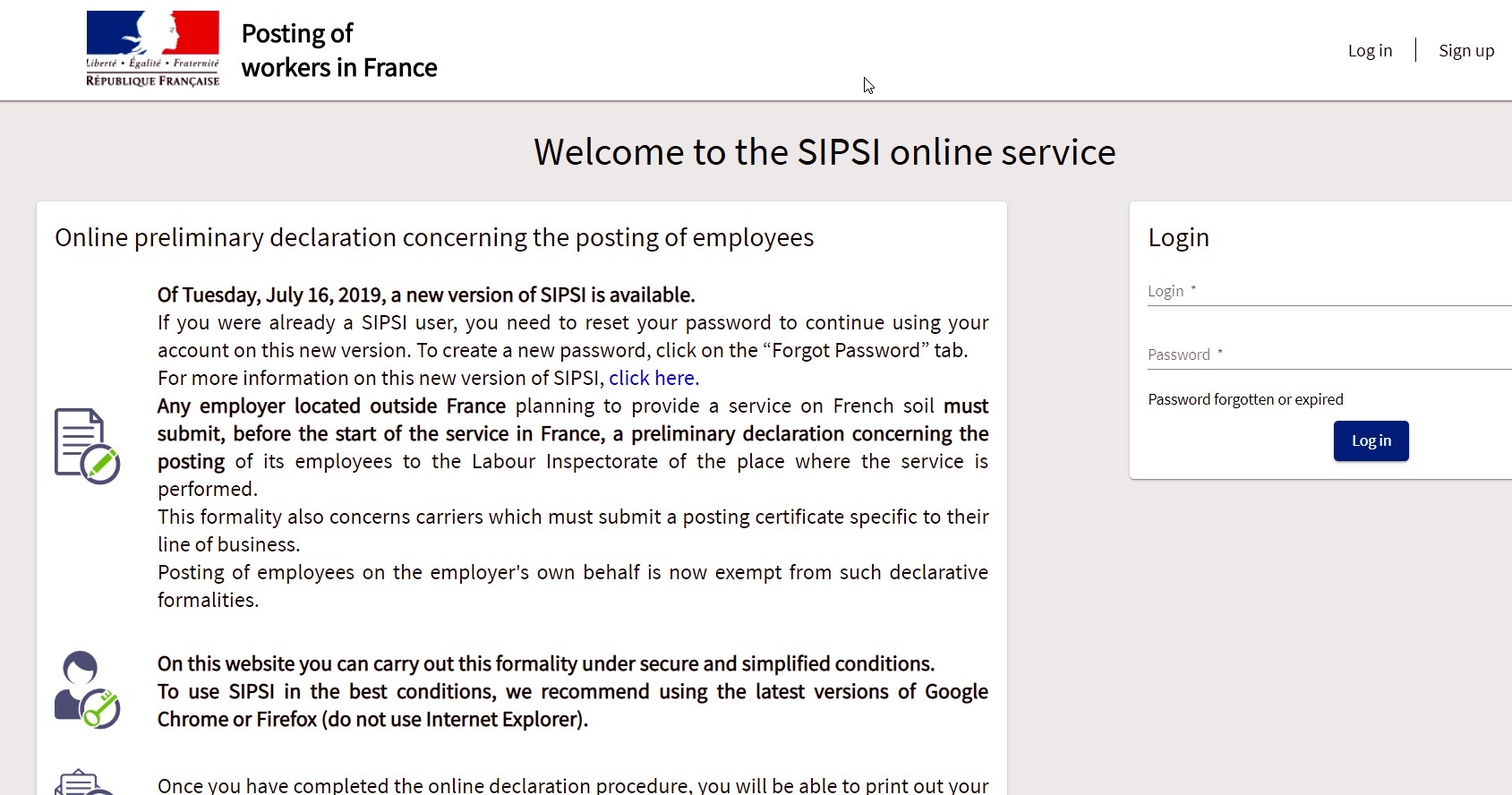 The French have decided to thoroughly reorganise the SIPSI system. After a few days of complete inactivity, the SIPSI system has returned, but with some errors that make it difficult to post workers.

The French office assured that after temporary interruption of services, from Tuesday 16th July it would be possible to register drivers as posted workers. In theory, this promise has been fulfilled, because the system itself is now available. However, the users had to face some bugs and… a complete impossibility to report a worker!

Errors in SIPSI can be overcome

In order to report drivers, companies had to exercise patience. The first problem was already encountered at the time of logging in, but it is a few mysterious numbers that make it impossible to post a worker. Below is a list of bugs that users have had to deal with:

While earlier errors can be fully overcome, in the case of SIRET number we can encounter a serious problem.

The SIRET number is the equivalent of the Polish REGON. The new SIPSI website and the forms it contains require this number to be provided by the French representative. The problem is that not every representative has such a number. Unfortunately, the form cannot omit the field with the SIRET number, and therefore, it is completely impossible to report an employee.

However, companies will benefit from the arrival of the new SIPSI system. When the amendments are implemented, the work of those who post workers will be much easier. Soon the reporting of a driver will take just a few seconds. Thanks to the integration of the SuperTacho work time accounting software with the new SIPSI platform, the posting of employees will be carried out ‚in bulk’ in the SuperTacho.