These MEPs will lead the TRAN Committee of the European Parliament. Check out the new faces and the good old ones. 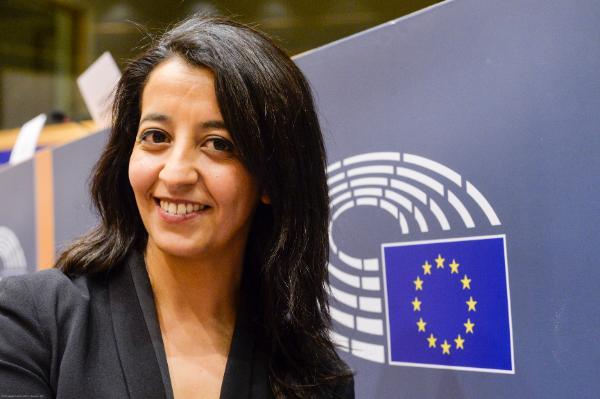 French MEP Karima Delli (pictured) was elected chairman of the Committee on Transport and Tourism of the European Parliament. There were no other candidates. She held the same position during the previous term. – The challenges are enormous, we have to do everything to implement the Mobility Package in the next two years – she said.

I would have never thought that I would be again chairing this very important committee. Being aware of our responsibility, I accepted this work – admitted Delli during the first speech to the Transport Committee.

Speaking about the challenges facing MEPs, she stressed first of all the need to introduce pro-ecological solutions, because, as she noted, „transport is definitely very important because it generates 30 percent of emissions (CO2 – reference note) ‚.

We must act, facilitate access to transport, increase mobility, guarantee good quality of work for all and fight for the best possible transport services – she continued, also focusing more strongly on the further work on the Mobility Package.

In her opinion, the key is to make the package in the next two years.

We have been negotiating for the previous two years, but these negotiations have already ended – she said.

She argued that she would do everything to ensure that the „ambitious position adopted in the Commission” was accepted by other EU bodies.

We will discuss with the European Commission and the Council of the European Union, as part of the Trilogues. And I hope that every group (political – editor’s note) will dynamically engage in this work, just as it was in the previous hand – she said.

She stressed once again that it is necessary to introduce „new social regulations” and „eliminate social dumping”.

These MEPs will sit next to Karima Della

During the first meeting of the new Transport Committee, four vice-chairmen were also elected. They will be:

Such a composition shows that the countries of the old European Union, including Germany and France, which have been the strongest advocates for changes unfavourable for the Eastern European transport industry, have an advantage in the head of the commission.

And maybe it will affect the mode of her work.