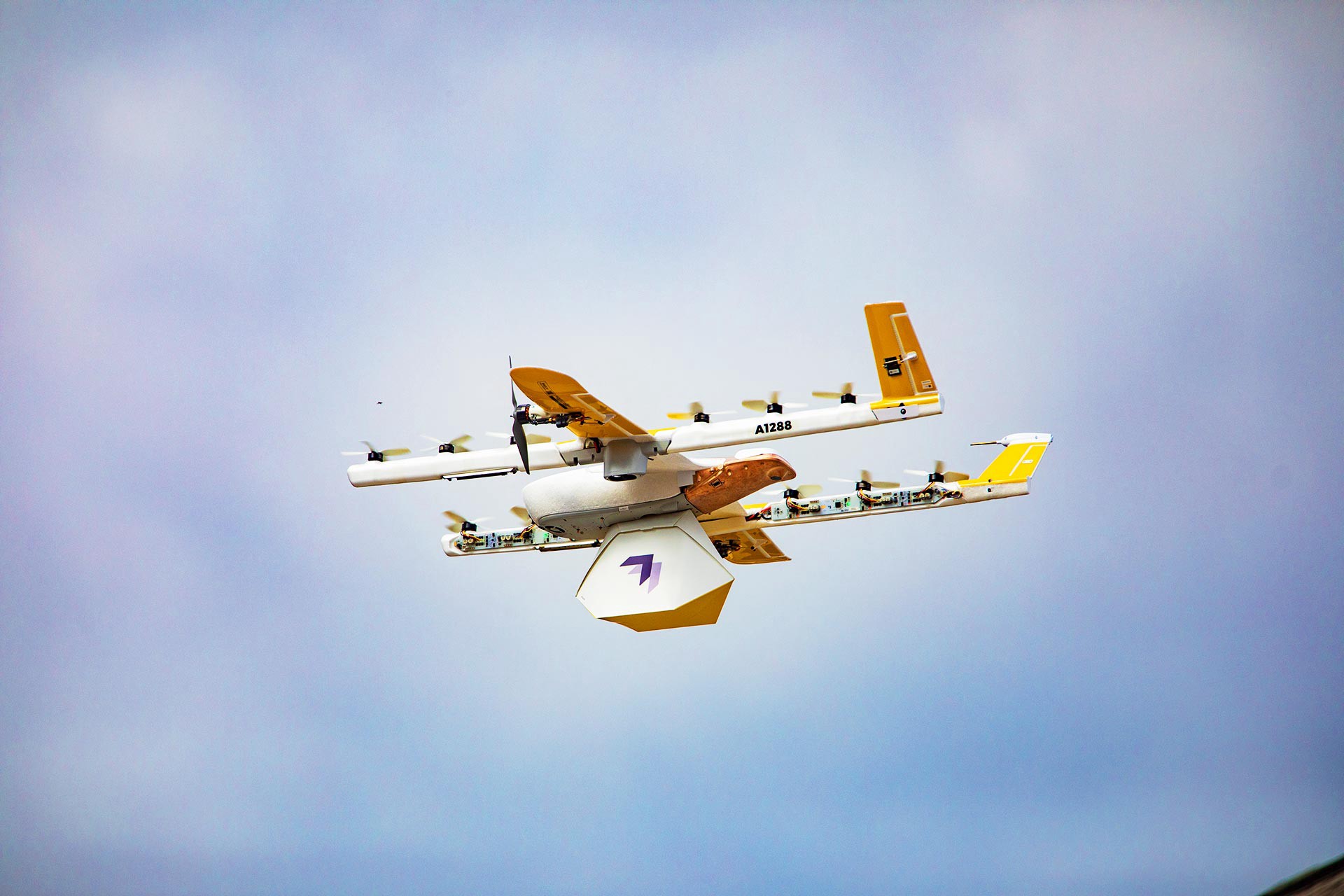 This information recently surprised logistics professionals in the United States. Wing Alphabet drones have received FAA (Federal Aviation Administration) approval to operate, specifically to provide commercial services in Virginia. The question was, how did it happen that the permission for a small startup was granted earlier than for Amazon, which had applied for such permission earlier?

The future in which drones can quickly and relatively cheaply perform useful tasks, such as delivering parcels (also with urgent medical supplies), or undertaking search and rescue missions, is increasingly closer.

Wing LLC, a subsidiary of Alphabet/Google’s X company, is the creator of the OpenSky platform, which hopes to become a pioneer in the market for full air traffic control solutions enabling the operation of drones.

But before such solutions are developed, it is important to make sure that thousands of drones in operation are safe. A drone must be able to automatically detect entry to the flight path of another drone or a ‘traditional’ aircraft. This is to be achieved through an anti-collision system (also known as a conflict resolution system), i.e. in principle a technology for automatic safety assurance. Bloomberg recently announced that Wing received the FAA approval only after it had met a number of stringent safety requirements, primarily with respect to airline operations.

Obtaining FAA approval was necessary for the startup to be able to perform drone delivery services. The current FAA regulations do not allow for drone flights out of the sight of the operator, and licenses for automatic deliveries have so far been granted only on the occasion of various types of shows. Obtaining FAA approval means creating safety instructions and training procedures and implementing a so-called safety hierarchy.

Wing has been granted the right to provide deliveries from local companies to homes in Blacksburg and Christiansburg (Virginia). This is for starters, as it was stipulated at the same time that in the future, the startup will be able to apply for FAA approval to expand its operations to other regions. The use of drones was tested in a joint program with FedEx. The tasks were carried out in Christiansburg and consisted of delivering food and medicine directly to the door (the local retailer Sugar Magnolia was involved in the pilot project). FedEx wants to offer its eligible customers the possibility to receive small packages via drones.

Wing has spent the last seven years developing a delivery drone and navigation system. By delivering small packages directly to homes through the air in minutes, and making a wide range of medicine, food and other products available to customers, we will demonstrate what we expect safer, faster, cleaner local delivery to look like in the future,” said Wing CEO Ryan Burgess.

FAA is the second regulator to authorise Wing to launch a commercial drone service. A similar decision had been taken by the Australian regulator CASA a little earlier, allowing deliveries to approximately 100 homes in Canberra (after a successful 18-month test period involving 3,000 deliveries).

In the case of Wing, it took months to obtain FAA approval, but Bloomberg notes that this process is likely to be much faster for future drone delivery companies, as the regulator has set rules for ‘coexistence’ of planes and drones in the air. Competitors include Amazon’s Prime Air, which has not yet launched a commercial drone delivery service despite its first public demonstration in the United States in 2017.

Finland is the first European country where Wing tests its drones

In Helsinki, Wing launched 10-minute pilot delivery service of parcels weighing up to 1.5 kg. The distance both ways does not exceed 20 miles (slightly more than 32 km). Deliveries include over-the-counter medicines, food, emergency items and meals (free during the trial period). Wing notes that weather conditions in Finland pose a new challenge. “Based on what we know about winter weather in Finland, we are pretty sure that if we can deliver there, we can do it anywhere!” said Wing representatives.