The holiday season means peak demand for logistics operators. Customers increasingly switch to e-commerce in order to save time and money. This requires companies to hire more staff to process such amount of orders. Warehouse robots are becoming a useful solution to increase capacity and reduce costs.

The interest in the use of service robots is confirmed by the findings of a World Robotics 2018 report published by the International Federation of Robotics (IFR). In 2017, the number of logistics systems installed rose by 162 percent compared to 2016. The authors of the report assume that “the actual number of newly deployed systems is far higher.”

Also, the value of sales of logistic systems is estimated at about 2.383 million dollars.

Among the mobile warehouse robots used in logistics centers, here are four most commonly used for picking and moving operations.

The robot integrates with the Warehouse Management System so it can be used in all put-away, picking, counting, replenishment and sorting tasks. The system can be used on all types of warehouse floors, including rack-supported mezzanine.

Chuck leads associates through their work zones to help them minimize walking workers through the warehouse, then stop and light up when they reach an item that needs to be picked. Chuck can tell the worker how many of the items are needed, and it can carry up to 72 kg.

6 River Systems Chuck is used at the Barrett Distribution Centers which claim that the robots helped it reduce error rates by 50 percent. Additionally, they are a great asset when it comes to training new workers.

The robot’s payload is 600 kg. It also has a multi-deep storage technology for smart space allocation that enhances storage density. In multi-lingual environments, the logistics managers might appreciate the multi-purpose workstation with the multi-lingual user interface for guided pick, putaway, audit and returns operations.

The supply chain president at XPO Logistics, Ashfaque Chowdhury notes that Grey Orange Butlers can cut the amount of time needed to fulfill an order in half.

E-commerce and omnichannel retailers are looking for ways to speed up order fulfillment, especially during holiday peaks. We’ve been able to reduce the average time for order fulfillment from several hours to less than 40 minutes by implementing robotics and automated processes to support our people,” said Chowdhury for roboticsbusinessreview.com.

The Kinder Sort can be briefly described as the man-machine hybrid. It features a robot arm and a grasping technology powered by reinforcement learning. That basically means that the robot learns from humans.

Jim Liefer, Kindred System Inc.’s chief executive officer, and president explains that the robots were created because he himself, as well as many other managers, find it increasingly difficult to hire workers to sort customer orders in the warehouses.

The SORT robot handles order fulfillment, store replenishment, mail sorting, and kitting. It The robot decides which object would be best to pick by using artificial intelligence. It also avoids overlapping items and dropping those whose bar codes can’t be read in the first round.

Kinder sort robots are used at GAP distribution centers in the USA.

Robotics will be an important part of the Gap Inc. holiday fulfillment strategy. To keep up with the company’s growing business, we are making significant investments in new automation and innovative speed capabilities — like the Kindred Sort — to transform our global supply chain network to an elevated omni-channel operation,” said Kevin Kuntz, senior vice president of global logistics fulfillment at Gap.

Keeping track of inventory can be a difficult task during the holiday season. Here is where Fetch Robotics TagSurveyor comes in handy. TagSurveyor automates cycle counting and reduces inventory loss by collecting, locating, and tracking RFID tags on products and bins within warehouses and factories.

The robots constantly move around the warehouse checking the RFID tags. Thanks to that they reduce the number of errors and inventory problems. Importantly, TagSurveyor can serve as a dedicated automated data collection solution and can also complement existing RFID tracking strategies.

TagSurveyor can also notify the operator whenever it finds products that approach their expiry date. The solution is implemented among others by DHL, RK Logistics, and SAP. 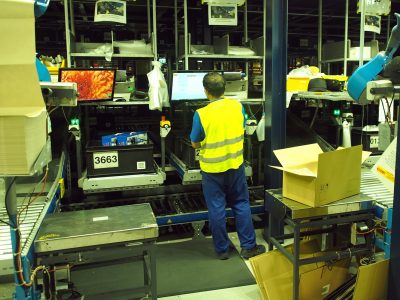 Shortage of workers in the logistics... 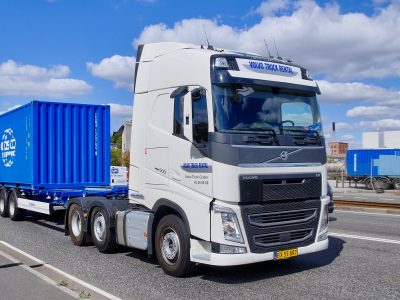 Shortage of workers in the logistics industry. See which companies will be affec...
Freight brokerage strategy: 6 steps to stay proactive with shippers & carriers
Five ways to prepare your supply chain for a post Covid-19 World now