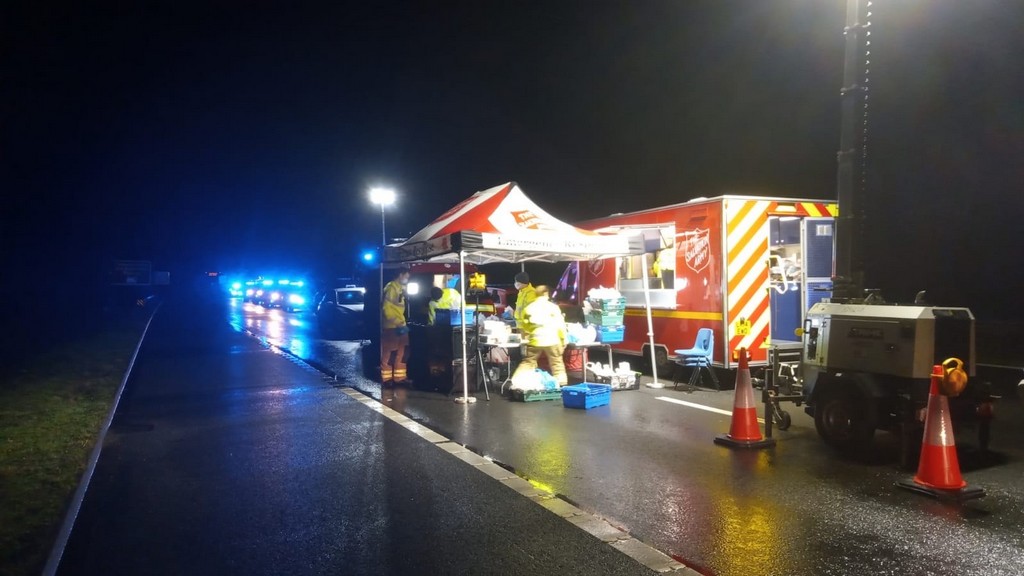 Thousands of truckers stranded in Kent have lost hope of being home for Christmas due to France’s requirement of a negative coronavirus test, as well as the UK’s inability to get testing rolled out quickly.

Rapid testing had been expected to start yesterday as early as of 6am, but it wasn’t until lunchtime that things appeared to start moving.

Testing centres at Manston Lorry Park, the M20 motorway and the Port of Dover are now in operation. According to Sky News, 5 points were conducting tests yesterday, with that number set to double today.

A lack of information and facilities, as well as basic supplies such as food and water, understandably sparked huge frustration among the thousands of drivers trying to get back into Europe.

That caused some scuffles to break out at the Port of Dover, where drivers at the front of the queue where asked to leave the area for testing. In the end, the drivers appear to have stood their ground and maintained their place in the queue, as a testing point has now been set up in front of the port.

Anger with France and the UK

A number of truckers filmed yesterday by UK television news channels said that they were angry with France for blocking the UK border and then introducing mandatory testing.

However, truckers have also severely criticised the UK authorities for their failures in trying to organise traffic, provide necessities to drivers, and roll out testing.

The backlog is nonetheless enormous, and it is inevitable that thousands of truckers won’t make it home for Christmas.

Many of the drivers currently stuck in Kent come from Central European countries like Poland, where family gather together on Christmas Eve. Given the distances involved, even if the drivers were to make it across the channel today, there simply isn’t enough time for them to get home for their traditional dinner.

The UK Government and Kent County Council maintain that there are suitable provisions for drivers currently staying in their cabins at Manston lorry park.

Manston Airport bursting at the seams which looks full ! , hundreds queuing for miles to get in from all the main roads. 🚛🚚🚛🚚 #pandamonium #operationfennel #Manston #OperationStack pic.twitter.com/yYPKfHynvZ

The drivers themselves don’t see things the same way though; there have been countless reports from drivers about a lack of working toilets as well as supplies of food and water.

Yesterday many members of the general public were seen bringing provisions to drivers, following in the footsteps of the Sikh community, the Salvation Army, Ramsgate Football Club, as well as the embassies of many European countries.

Once the drivers finally get their negative test results, there are still numerous obstacles to be overcome. Yesterday evening Logistics UK said that the port of Calais was still due to close at 6pm, as it normally would on Christmas Eve. We still don’t know if that remains the case.

On top of that, a number of truck bans are in place throughout Europe in the coming days. One would certainly hope that each of these countries will allow for the exception of drivers returning from the UK.

In order to try to prevent food shortages caused by the backlog, retailers have been forking out for air cargo deliveries. According to CNN, a Lufthansa Boeing 777 freighter yesterday transported 80 tons of perishable goods from Frankfurt to Doncaster-Sheffield airport.

Amid all the chaos in Kent, it has been widely reported that a trade deal between the UK and the EU could be signed today. We shall of course update you on this and all other major developments in Kent as the day progresses.

Note to drivers: official news regarding testing points and travel information can be found on the Department for Transport website