Practice has shown that the transport of timber is the kind of transport for which carriers are frequently penalised. This is usually due, among other things, to improper cargo securing or its excessive weight. It is not surprising, as these issues are covered by successive regulations, but it is not easy to respect them. Logistics and transport of this type of goods is considered to be very difficult.

Wood raw material (obtained from felled trees and subjected to proper processing, thanks to which various types of products are manufactured – ITD interpretation), from the point of view of transport tasks, is divided into two main groups.

Matters related to timber transport can be regulated by national governments. For example, in Poland, the Regulation of the Minister of Infrastructure has been in force since the end of February 2018. It refers to N and O category vehicles, i.e. vehicles designed and constructed for the carriage of goods, trailers and semi-trailers. The regulations clearly state, among other things, how the transported timber is to be secured and arranged. Stanchions are not as common as tippers and curtains, but in timber transport, their role cannot be overestimated. Stanchion trailers and semi-trailers typically operate under severe conditions and very heavy loads. They, therefore, need to be extremely robust in order to fulfil their role over a long period of time.

Timber transport in practice involves close cooperation between the forester and the carrier. Obviously there are some limitations (e.g. it is not possible to weigh the cargo), and such issues are regulated by the Traffic Law. It has been established that the actual weight of wood is the product of the density of a particular species of wood and its volume. For example, the density (kg/m3) of pine is 740, spruce 720 and ash 800. The density table for wood species used in industry and construction and transported by road constitutes an annex to the Regulation of the Minister of the Environment of May 2012.

In the case of oversized timber transport, i.e. the transport of large timber, an appropriate permit is required.

Lashing and securing of timber

Lashing timber on the vehicle is crucial. In the case of round timber, the load should be supported against the headboard or similar barrier. It is recommended to use chain or belt lashings (lashings should be tensioned by means of a tensioning device). The load and lashings should be checked before going on the public road and then regularly checked during transport. In the case of a longitudinal arrangement, the outer logs or pieces of wood should either rest against at least two stanchions or be secured at the top with chains to prevent them from being spread sideways by the load. Any timber shorter than the distance between two stanchions should be placed in the centre of the load. If a piece of wood is supported by two stanchions, its ends should extend beyond the stanchions by not less than 300 mm. The axis of an outer piece of wood must not be higher than the stanchion. The upper-middle piece of wood must be higher than the outermost pieces.

The vehicle shall be fitted with a headboard meeting clearly defined requirements. If the vehicle does not have a sufficiently strong headboard or is not equipped with automatic tensioning devices, lashings (two, three or four depending on the length of the wood) are necessary.

The Load Carriage Regulation also allows for the lateral arrangement of round timber on vehicles, but only if it is positioned between rigid sideboards or in a cage. In the latter case, the timber must not protrude through cage openings. The timber load must not be higher than the rigid sideboards. In the longitudinal direction, the load must be divided into sections by means of rigid partitions or stanchions. The length of the load must not exceed 2.55 m. Each load must be secured by at least two top-over lashings with a preload of at least 400 daN.

A vehicle combination comprising a long-load trailer is used for the transport of logs. It may be carried on or towed behind the vehicle provided that it is fitted with an appropriate coupling device.

In the next part, you will read about the means of transport and other tools used in the distribution of timber. 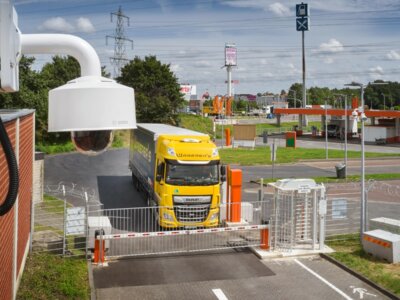 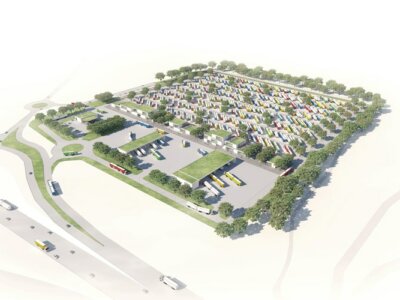