Ireland's Road Haulage Association (IRHA) has claimed that the amount of fuel wasted by trucks having to stop or slow down at road toll booths could be as high as 6 million litres. 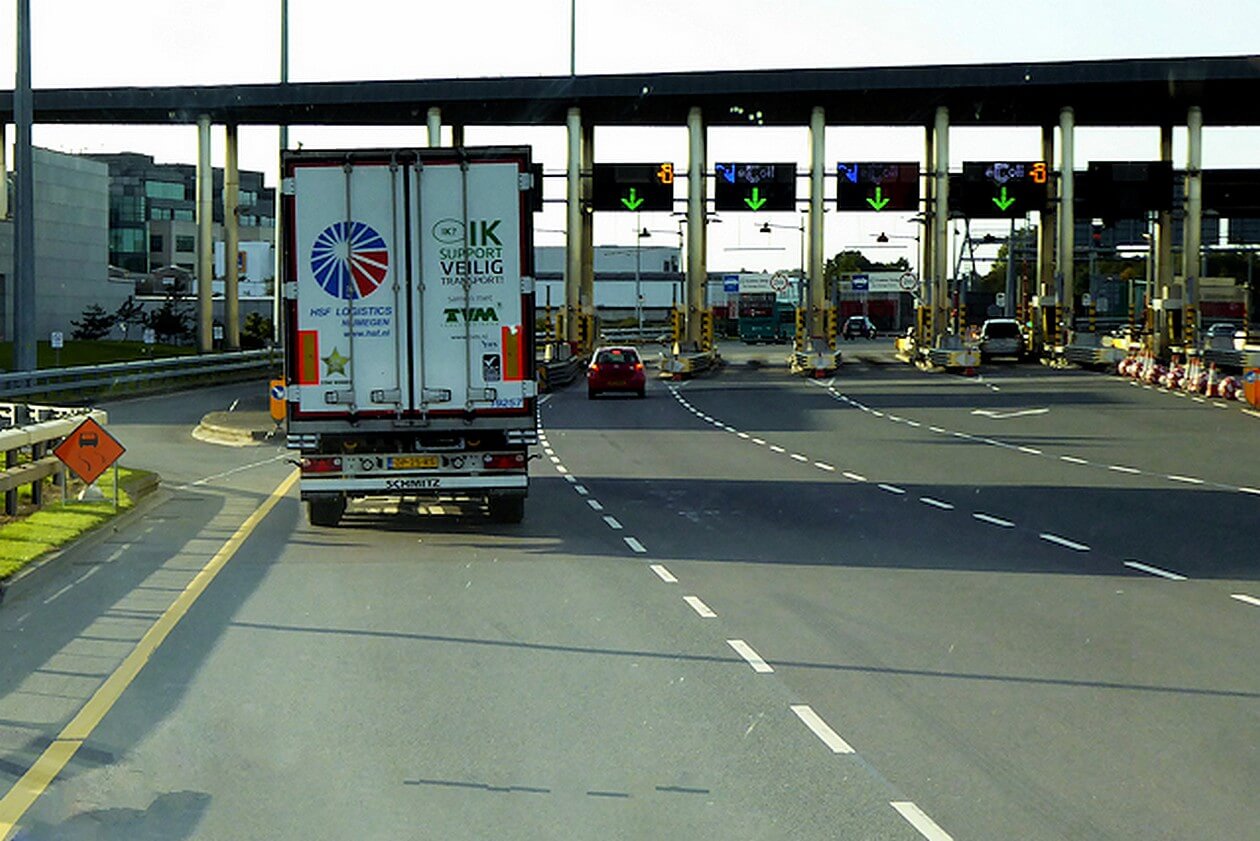 IRHA figures quoted by the Irish Examiner indicate that more than 3 million litres of fuel are used at the Dublin Port Tunnel toll alone. As many as 9,000 HGVs are estimated to pass through the toll daily. The waste and resulting pollution comes despite the fact that HGVs need not pay to use the tunnel.

The waste referred to by the IRHA comes from laden HGVs, which can require an additional 2 litres of fuel to get going again having slowed down on approach to a toll.

The comments from the IRHA come following the release of a public consultation summary report for Ireland’s first 10-year road haulage strategy. It is expected that a draft of the strategy, including decarbonisation plans, will be delivered in the next few months.

As the Irish Examiner reports, Transport Infrastructure Ireland (TII) has plans for “free-flowing conditions at the plaza” according to a memo obtained via an FOI request. However, the same memo is said to refer to fears “toll evaders” could use such lanes, and that “there is nothing concrete in progress” when it comes to planning.

One idea under consideration would be for the free flowing lanes to be exclusive to newer generations of trucks that pollute less. Although that could act as an incentive for hauliers to upgrade, it would also result in older vehicles continuing to waste fuel and pollute.

Interestingly, as regards fleet upgrades, the IRHA believes Brexit will “inadvertently do more to improve transport emissions than any State action to date”. The reasoning behind the argument is that hauliers will more likely buy newer and cleaner vehicles from the EU rather than importing older ones from the UK.

Meanwhile, the IRHA continuing to lobby the Government for financial support in the form of fuel rebates and subsidies for the purchase of more environmentally friendly trucks.