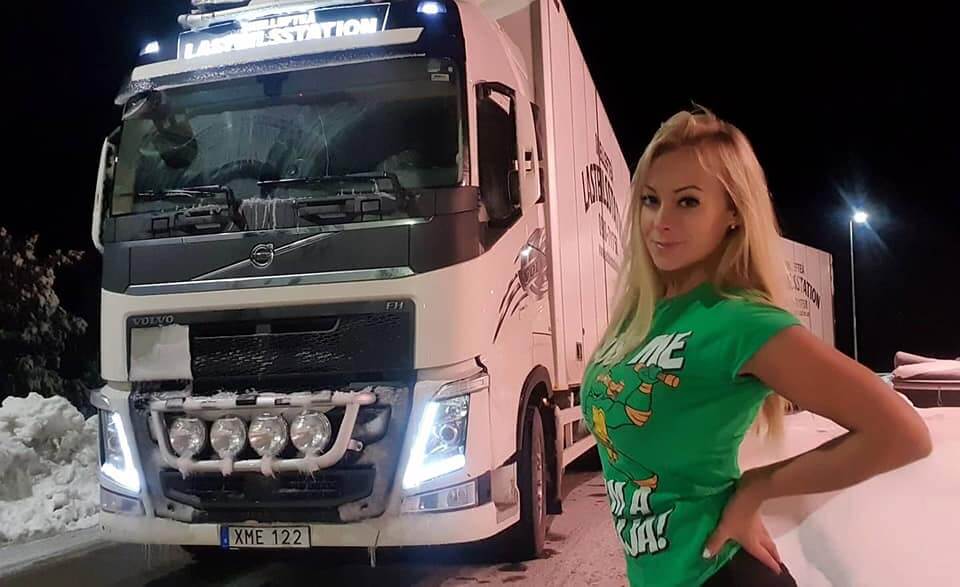 Being a lorry driver can be lonely, especially if you work on long-distance routes and spend weeks alone in a truck cabin. For some at least, one way of tackling this problem is by vlogging on social media and reaching out to fellow drivers on the road. Therefore, in today’s article, we thought we’d highlight 8 of the very best truckers on YouTube, including one with a difference.

The vlogging trend has been prevalent in the US for some time, but fortunately being a YouTuber is by no means just an American hobby; an increasing number of lorry drivers in the UK and Europe have started creating meaningful YouTube videos about their day-to-day struggles and successes on the road, plus hints and tips about the best cargo securing tools or parking spaces.

Who are your favourite vloggers from our list? Perhaps there are other vloggers you would like to recommend? If so, please let us know your favourite truckers on YouTube in the comments section of our Facebook Page.

Stavros is one of the most popular truckers on YouTube. He has an impressive list of truck reviews – Scania, Mercedes, Volvo, new or old, he has seen and driven a great number of them and he is not afraid to share his honest opinion. In ‚normal’, pre-COVID times, he also reported from festivals and events, documented his everyday life and talked about the pros and cons of being a truck driver.

Stavros is a born entertainer providing stunningly high-quality content so his videos are enjoyable for both insiders and outsiders of this profession.

2. Luke C in a HGV – the practical vlogger

Luke also has a massive list of subscribers. As he admits, he is a 3rd generation truck driver who has been driving trucks since 2016. However, despite being a young trucker, he still has plenty of knowledge up his sleeve. He creates content on YouTube to help create awareness around the lorry driver profession, in turn showing potential newcomers what it is like to drive trucks as well as the benefits of being a driver.

He creates longer, 40-50 minute long videos with tons of knowledge experience, hints and tips on obvious and not-so-obvious elements of the profession. If you know someone who wants to become a lorry driver, you should definitely forward them a link to this channel.

3. Trucker Jay In the UK – the avid driver

If Luke C provides long videos with his 40-minute long episodes, what can be said about Trucker Jay? His content is often an hour-long, and yet he reaches 40-50 thousand of views. Why? Because his content is meaningful to lorry drivers. How to fix a broken HGV curtain winder, how to strap a trailer, or what to do when the snow turns the motorway into a highway to hell – he has the answer to these questions. You can learn some tricky manoeuvres or just enjoy his journeys with unedited footage of his driving.

Ned Kelly is completely different to the vloggers we’ve mentioned so far, and not because he starts his journeys from Ireland. He is a long distance driver who often travels to France, Italy or Spain, so his perspective is often different than those working on domestic routes.

His videos are honest, albeit a bit raw, and contain strong language – so if you have illusions about this profession and want to keep those illusions alive, this channel might not be for you. But, if you are looking for one of the no-nonsense truckers on YouTube, then watch Ned’s videos – among other things, you will see an outrageous loading bay that can cause disasters.

However, if you want to chill out and spend the evening binge-watching, check out his good old Sweden episodes.

Luke Vernon is the man behind the www.lorry-driver.com portal, and as he says in his “About” notes, he is a “a world renowned* homosexualist blogging truck driver videoing his travels round Europe”.

My aim is to promote a good image of this job, show people that its possible to eat well in a lorry and to help new drivers with a series of instructional videos and also that being a gay is no barrier to driving a truck (Some think it is)”

Luke is not only driving in his videos, but also cooking and sharing details of his personal life, so again, his channel is nothing similar to the others above. Just check out the video below, during in which he tries to improve the diet of lorry drivers by proving cooking dishes like curry in a truck is easy. In the video we’ve embedded, he tries his hand at making a fish curry. Was it a good idea? Check it out here.

Luke had a nearly fatal accident earlier this year, so at the moment he is recovering. But he is getting better and hasn’t stopped creating content!

After being inspired by the likes of Luke C in an HGV, Trucker Jay and Kev Tee, Trucker Jenko decided to start his own YouTube channel to share his experiences driving around the UK. The Welsh-born trucker, real name Martyn, recently returned to the HGV industry after an 11-year break.

Jenko’s vlog is the “classic” trucker blog: everyday matters, tips and hints and a lot of driving spiced with great style. Classic style is never boring, so he definitely worth a look.

Steve’s blog is not a purely trucker blog. He enjoys sharing some of his experiences on the road, which could either be in an HGV class 1, class 2, his motorbike and even his self built campervan. His other passion is shooting films with his drone. In fact, Just Steve is a fully qualified Drone Pilot.

+1 Angelica Larsson – the woman with many talents

Shall we introduce you to Angelica, or do you already know her channel? She is popularly known as a Swedish blonde, but of course she is a lot more than that. Angelica is also a truck driver, a heavy equipment operator, a Sky Diver, a scuba diver and a motorcycle rider. The young Swede has already established herself as a real influencer with a proven record. Angelica’s good looks quickly saw her earn the title “World’s Most Beautiful Truck Driver”, a term she doesn’t like at all. As she says, she would much rather be known for her driving skill and work ethic than her looks. You can also follow Angelica on Instagram here.

Check out her trucking skills yourself in the video below 🙂