Trailer clamped for 8 days due to insufficient cargo security

A trailer was clamped for 8 days in Sweden due to insufficient cargo security. The reason the clamp was on for so long was the driver's lack of knowledge when it comes to securing loads. 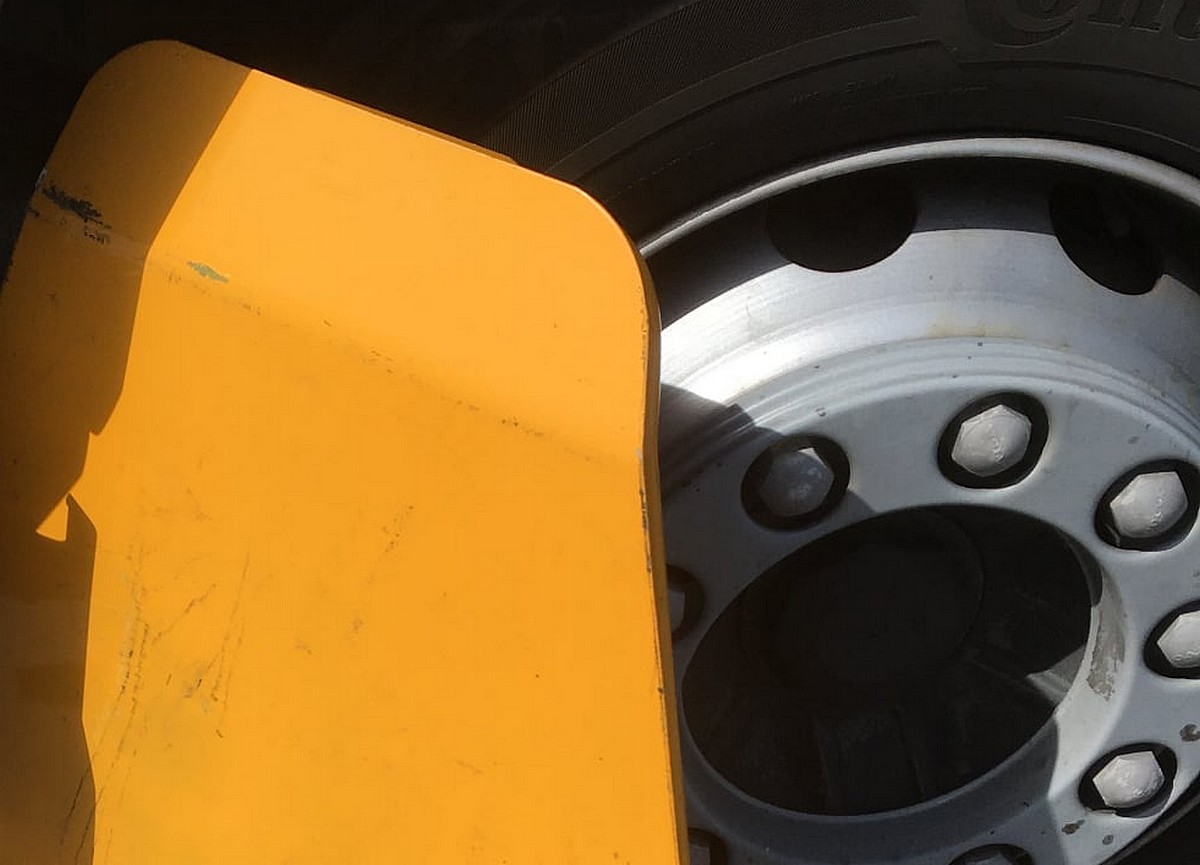 Photo credits @ Polisen Stockholm - Trafik
According to Swedish road transport website Tidningen Proffs, a Polish trailer was clamped at a checkpoint for 8 days after a roadside check at Helsingborg. The 27-ton load wasn’t secured properly and the authorities only allowed the trailer to be moved once the issue had been fixed.

However, the police officers soon found out that the driver had no idea how he should do it – and it took him 8 days to find out.

When the lorry was stopped, the driver immediately began work on securing his load, albeit without success.

“It seems that he is only familiar with lashings, and using that method would require an enormous number of straps, perhaps 75-80 pieces,” traffic officer Farid Umeflod told the Swedish news outlet.

Some of the cargo belonged to a vehicle manufacturer that opted to send another lorry to pick up its items. However, the rest of the load had to wait until the driver had learned how to secure it properly.

According to the police, the fine for the violation totalled approximately SEK 17,000 (around 1,560 euros).