A heavy-duty transporter hauling a tram crashed through a barrier on Germany's A9 motorway on Monday, sliding down a 10m deep embankment. Most importantly, the driver was uninjured in the accident. However, the cost of the crash is estimated to be as high as €850,000. 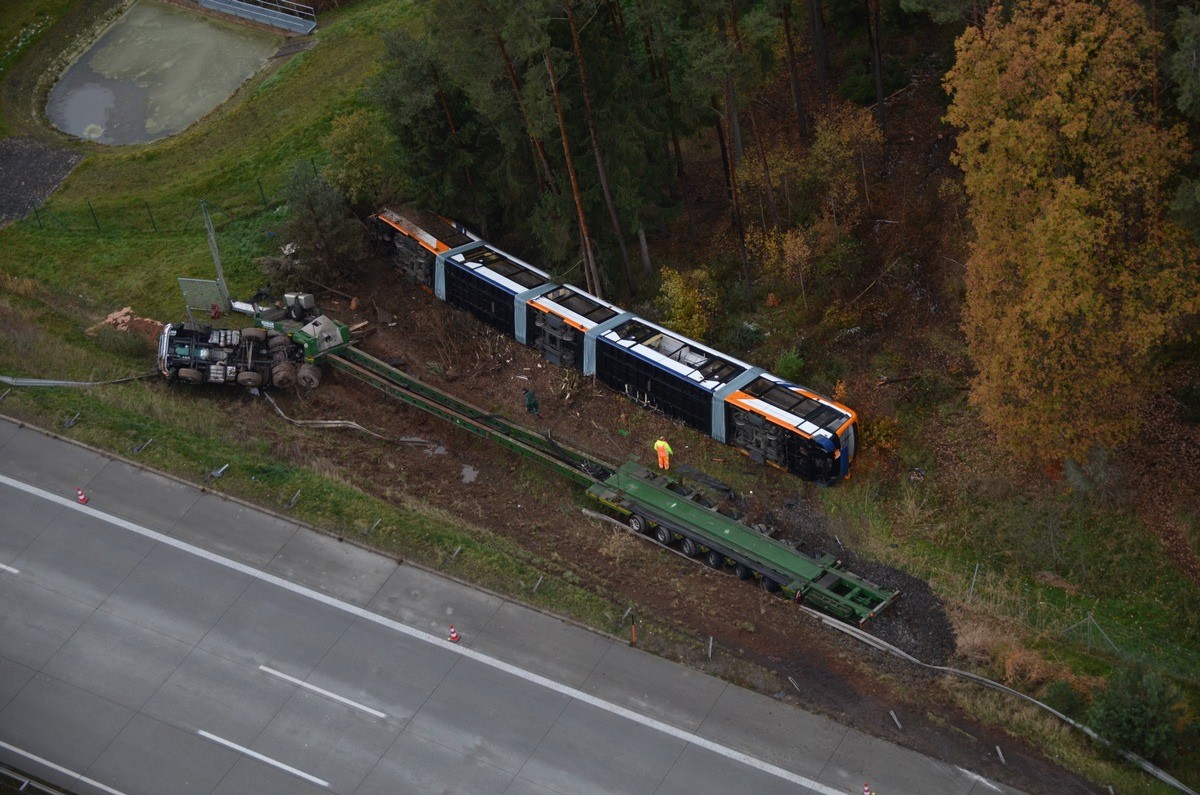 According to a report by the Thüringer police department, the 53-year-old driver of the lorry lost control of his vehicle and broke through the right-hand guardrail. 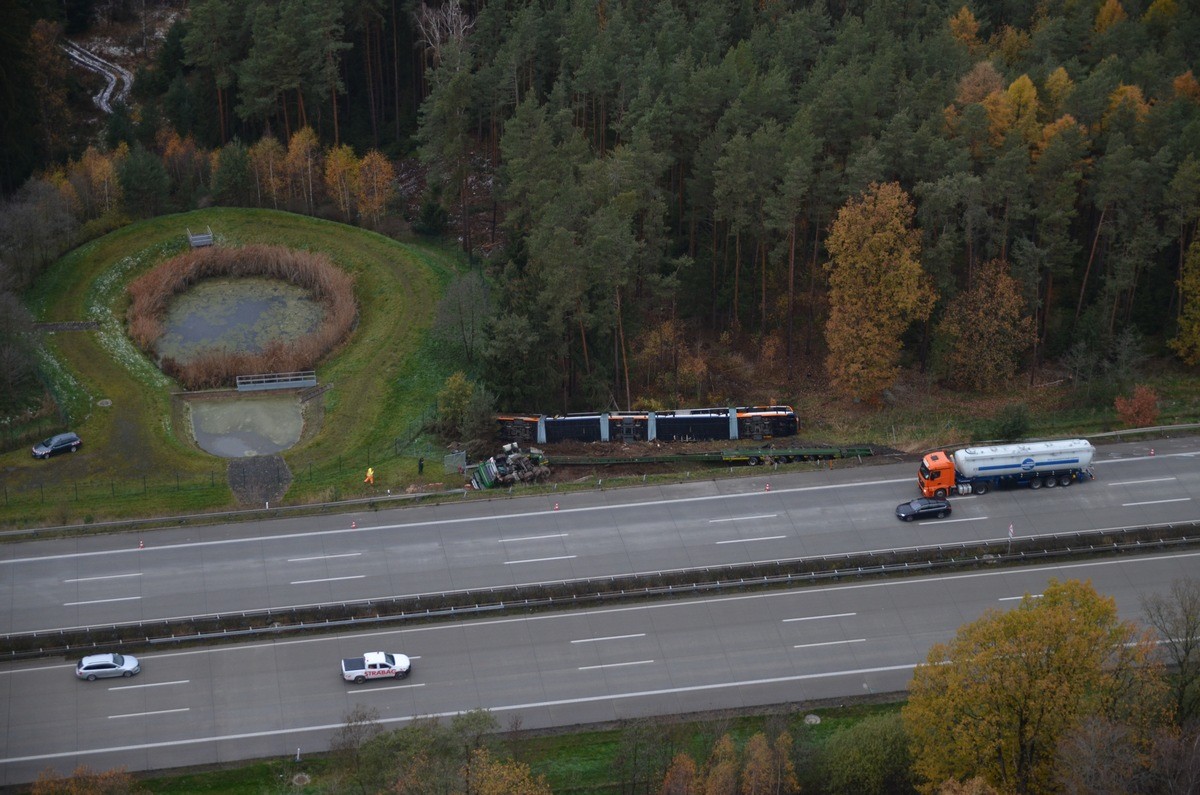 The truck slid down an approximately 10m deep embankment along with the load, a 5-compartment-long tram.

The damage caused by the accident is estimated to be at least 850,000 euros.