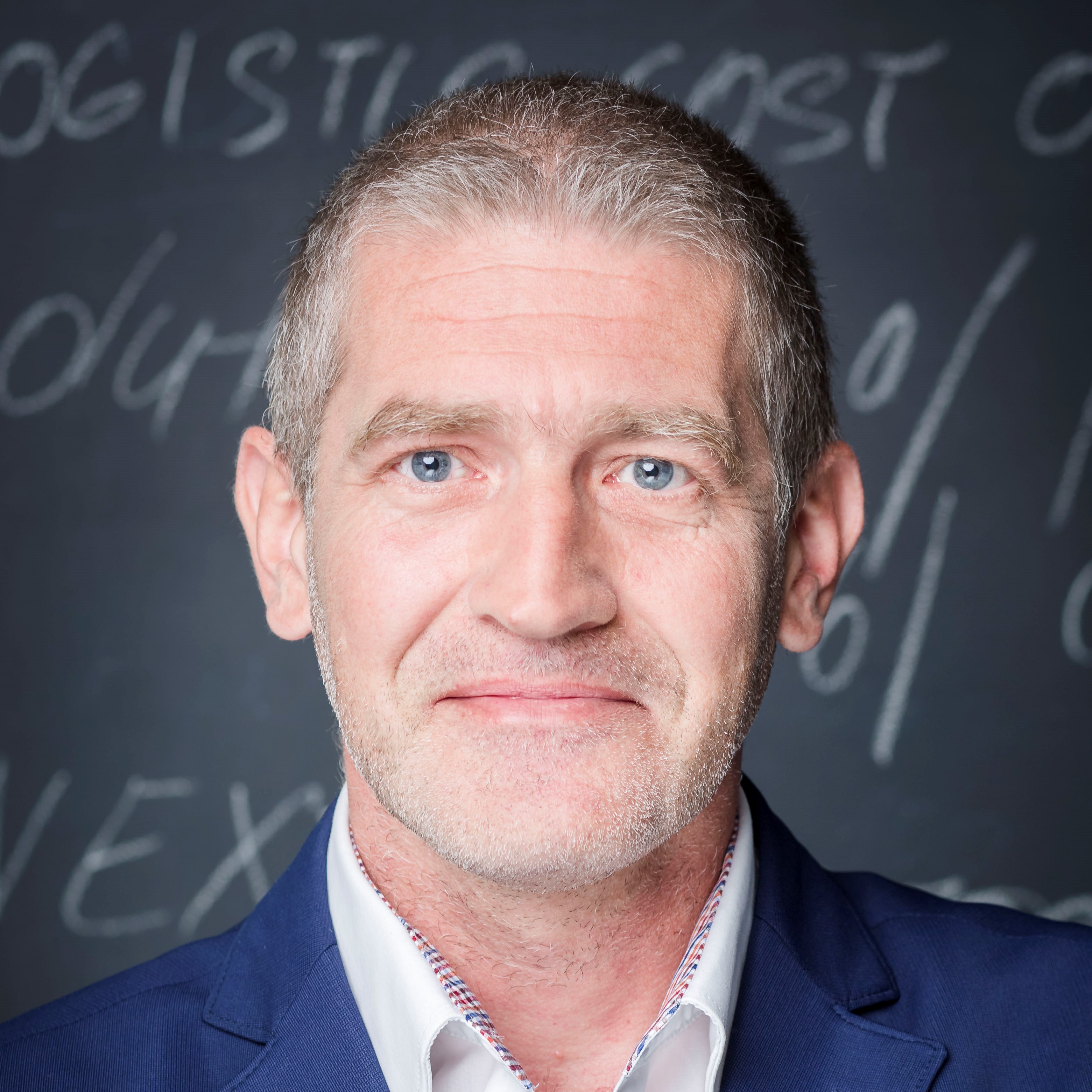 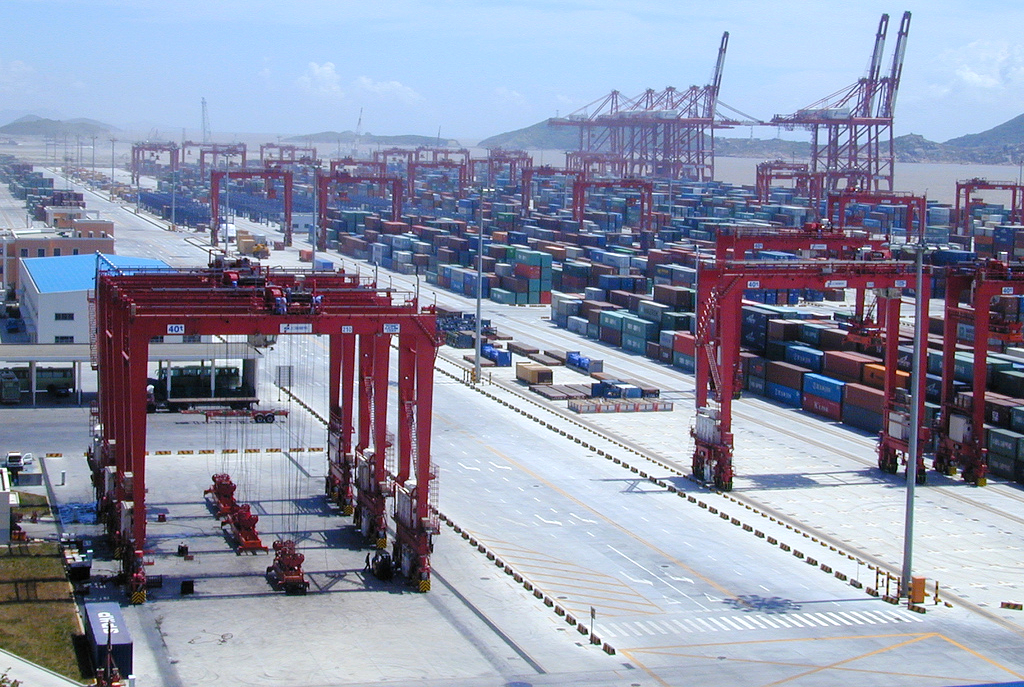 The earthquake brought upon the logistics market by COVID-19 early this year has had highly foreseeable consequences. Port blockages, the closing of manufacturing sites, not to mention the road and air transport restrictions that caused a rapid decline in sea freight, air freight and even rail freight. The laws of supply and demand indicate that the logical outcome of a demand decrease should be a fall in prices. In the long run, however, it turns out the result may be quite the opposite – particularly when it comes to Trans-Pacific transport.

Currently, we are facing a surge in demand for transport services on the one hand, and the spectre of bankruptcy for transport companies on the other. An even more interesting thing is the price increase linked to the growth of volumes.

A dramatic example of the paradox of increased demand for transport services can be seen in the air transport market. We are dealing with a huge demand for transport capacity, which airlines are trying to meet by allocating part of their passenger fleet to the carriage of goods, including the disassembly of seats in planes. It is estimated that 2300 passenger aircraft are already “working” as cargo planes.

According to industry experts, the revenue from air cargo transport has increased from 12 percent to over 25 percent. Despite this, the supply in air transport is lower than in previous periods for a simple reason: thousands of passenger flights with cargo as an additional load have dropped out of the market, and airlines are not able to close the gap.

A case in point is Singapore Changi Airport, considered number one in the world. The situation here illustrates how massive the scale of the decreases is. Throughout July, 86 thousand people passed through the airport, while the monthly average for this airport before Covid-19 was over 5.5 million. Clearly, the decrease in passenger numbers is more than sixty-fold. Likewise, the number of machines operated — and consequently the available cubic meters of air cargo space — have also dropped.

As a result of this ‚perfect storm’, the growth in revenue form air cargo is a minute financial injection for the entire industry. The losses among airlines for 2020-21 are estimated to amount to billions of dollars, and many of the airlines face bankruptcy. Unfortunately, the scenario’s consequence will be an inevitable increase in air freight prices. In line with the domino effect principle, increasing prices of air freight and decreasing availability of services has resulted in many importers being forced to change their means of transport to sea. And this, in turn, has contributed to further accumulations and bottlenecks in other areas.

The situation on the maritime container shipping market is just as interesting. The first two quarters of the year were marked by a severe drop in transport due to blockages both on the side of shippers (production and logistics in Asia) and recipients (logistics, production and trade in Europe and the Americas). The transport industry took its first deep breath just after the opening of previously locked regions and ports in China. Chinese masks and other personal protective equipment were able to be transported around the world.

However, as more countries eased their restrictions, opened factories and shopping malls, it turned out that there was a several-weeks-long backlog in the supply chain and the market expected the goods that normally arrive in monthly batches to be delivered as soon as possible. Naturally, this was compounded by an unprecedented demand for PPE products, i.e. masks, protective suits, gloves, etc. They still make up a significant part of the available capacity in sea freight.

The accumulation of outstanding deliveries with the demand for new products meant that already during the summer holidays, the rates in the Trans-Pacific transport (Asia-West Coast of the Americas) increased disproportionately to the costs of much longer transport to the East Coast of the Americas. Normally, the price difference of container freight from China to the U.S. West Coast and China to the U.S. East Coast stood at about 40 percent in favour of the West Coast. In mid-August, however, the difference fell to a record level of 12 percent, even though the prices went up for deliveries on both sides of the continent.

Such a sudden and disproportionate increase in prices was driven by many factors. Without a doubt, the most important of those were the backlogs in goods and raw material orders mentioned above, but the limited capacity down the supply chain stream was also significant. Problems occurred both on the loading side (no empty containers were available, maximum capacity was reached by the loading ports) and on the recipient side (unloading ports and congested cross-docking terminals).

Logistics service providers in intercontinental logistics adjust to new realities quite quickly. The price increase in Trans-Pacific transport is one thing, and the waiting time of customers for quick and reliable deliveries regardless of costs is the other side of this coin. Especially if it collides with a supply collapse in the air freight market. In response to such requirements, some suppliers have introduced new products for the Trans-Pacific routes, involving “instant” shipping based on priority loading, unloading and delivery into U.S. An example is the CMA CGM offer, which provides priority cargo allocation and a money-back guarantee in case of failure to comply with deadlines.

As a consequence of the significant increase in the traffic load on the Trans-Pacific routes, and the rise in growth, sea freight rates between Asia and Europe have—naturally for the market—started to rise since May. Although these increases were not as steep as in the Pacific, they still were quite substantial. One of the key carriers, CMA, has raised the rate for the popular 40′ shipment by 300 dollars since June 1, and Maersk has also raised prices in a similar manner.

In response to delays, a lack of transport capacity availability and rising sea freight rates, European importers have turned to an alternative supply channel from Asia, the ‚New Silk Road’. Already in April, we could see an increase of 30 percent in rail transport as a natural consequence of the sucking effect in the goods market as well as releasing production and transport in China alone. As rail transport was supposed to be faster than sea transport, many importers have chosen this means despite the significantly higher cost.

Until July, the increase in the number of containers transported along the Silk Road amounted to almost 80 percent, which in turn has led to a bizarre situation where rail transport becomes as time-consuming as sea transport due to delays.

The huge amount of loads shipped by rail, combined with the uncertain situation in Belarus, where problems exist with the clearance of trains and unloading at the destination sidings, are currently generating costly and disruptive delays in the supply chain. For example, in September, Polish customers received containers on the railroad route with a total delay amounting to 45 days (adding up the downtime on the Belarus border and the delays in the terminal in Małaszewicze).

Considering all the above circumstances, one should take into account both the problems with timely deliveries of goods and raw materials from China in the last quarter of 2020, as well as the increase in transport costs – even assuming that the epidemic return will not cause further turbulence.

On top of all of this, there are two other significant factors that will further hinder the supply chain between China and the rest of the world. The first one is the Chinese public holiday—Golden Week (October 1-7). During this time, you have to expect the suspended local transports and loads. The other factor is the launch of the flagship products of two world giants – XBOX from Microsoft and PS5 from Sony. In this regard, both companies will certainly place the timely delivery of consoles high on their priority lists and it is to be assumed that in October and November they will take a noticeable chunk of capacity out of the global transport market.

All of this allows us to predict that this year’s Christmas—the harvest time for e-commerce and traditional trade—may turn out to be a particular challenge. The problems in global logistics will translate negatively both on the goods available on the store shelves in December and on their prices.