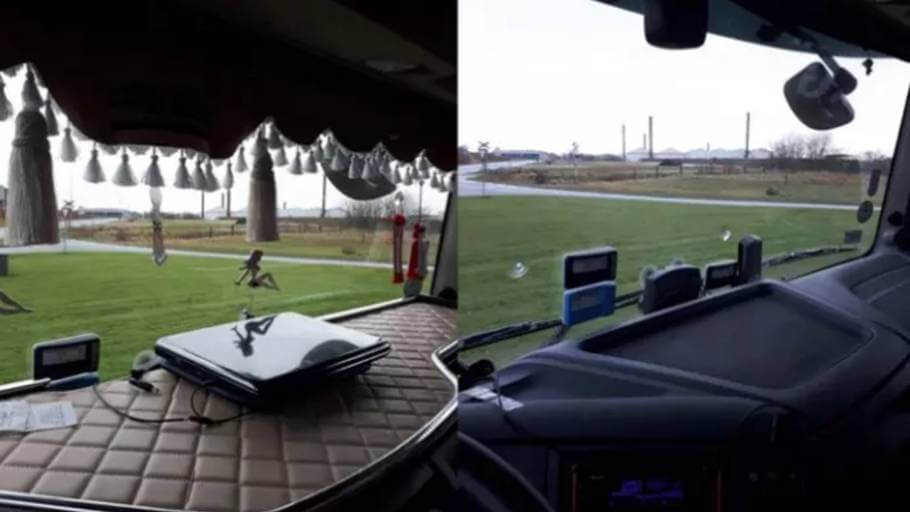 Last year, a British driver was sentenced for killing a cyclist, who he had not seen because of a dashboard shelf. The consequences will now also be borne by the company and its managers that hired the trucker.

The driver, Robert Bradbury, who caused the fatal accident in 2017, was sentenced at the end of last year. He will spend 21 months in prison. He was also banned from driving for 34 months. Suzanna Bull, whom he hit, was killed on the spot under the wheels of his truck. As the court determined, the trucker should have seen her about 7 seconds before the accident. Sadly, the view was obscured by a shelf mounted on the dashboard and a number of items placed on it: a fan, a satellite navigation system, a cap and other bits and pieces.

S&J Transport, Bradbury’s employer, admitted to have breached health and safety regulations in the scope of controlling vehicle use and work safety. The management was aware of the non-compliant use of the dashboard. The company was fined GBP 112,250 (over PLN 562,000). However, this does not mean the end of the consequences for the carrier.

According to the British media, as a result of the ruling in Bradbury’s case, the traffic commissioner initiated the public investigation, which led to an official order to close the company in early September. The company’s directors and transport managers at S&J Transport were banned from working in the same position for the next 5 years. As the traffic commissioner justified their decision, the company’s management deliberately misled them during the investigation, the British media reports.

Mark Crozier from the Major Collision Investigation Unit heard the employer’s statements at the hearing, which were found to contradict the testimony given in court. The company’s attorney admitted that his clients had lied about their approval for a 51-year-old driver to use the shelf on the truck dashboard.

Dashboard tables similar to the one Bradbury used are banned while driving in the UK and can only be used if the vehicle is not in motion. Following the traffic commissioner’s ruling, S&J Transport based in Coleshill will be permanently closed on 1st October.