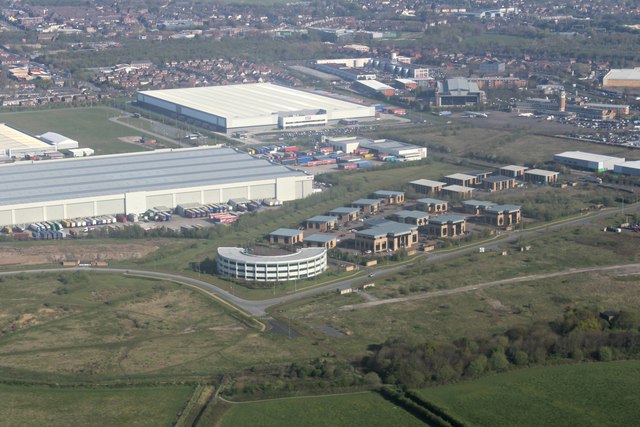 Photo © Copyright Richard Hoare and licensed for reuse under this Creative Commons Licence. Image for illustrative purposes only

Although the driver shortage is obviously impacting UK supply chains, the fact it won’t be remedied quickly means that efficiency improvements will have to be met elsewhere. As a consequence, the spotlight is increasingly being shone on other areas, including distribution centres and supermarkets where hauliers and drivers are needlessly delayed and maltreated.

In recent times, Lidl has faced a boycott from hauliers over its attitude to deliveries, while well-known independent haulier Whites Transport Services has suggested distribution centre delays are hurting Britain’s supply chains. The distribution centre problem was even talked about in Parliament yesterday, and Transport Minister Grant Shapps has said he is open to discussing the matter with the MP who raised the issue.

The problem is not a new one for hauliers, but amid the current supply chain crisis, it is arguably one area where road transport firms could make efficiency gains.

Whites Transportation Services boss Pete White, known for speaking his mind on social media, yesterday provided an example of just some of the issues hauliers and are facing when unloading at delivery centres. In a (now deleted) Facebook post that has been shared over 4,000 times, White slammed the organisation at a regional distribution centre in Nottinghamshire and claimed that the hours lost at these centres is impacting Britain’s supply chains.

In the aforementioned post, White explained that his driver had been delayed by traffic caused by an accident, and despite informing the delivery centre about the issue, was “sin-binned” on his arrival. White added that after waiting 5 hours to unload, his driver was told that unloading would not take place until the next day. That resulted in the haulier missing 2 subsequent loads, letting down two key customers in the process.

White nonetheless refused to let the distribution centre have it their own way, and the driver took the load back to where it came from.

The haulage boss also believes the issue is contributing to empty shelves in supermarkets:

The reason the supply chain is struggling and shelves are empty is because of the thousands of hours every day that is lost due to RDCs up and down the country taking the p*ss out of hauliers and drivers. Think how many extra deliveries can be made every day if these RDCs were forced to unload on time. And they should be invoiced £50 per hour for every hour past the booking time where we are made to wait.

Moreover, White stresses that distribution centres who maltreat hauliers and drivers should be boycotted, and adds that things are different on the European continent:

It’s about time these places were blacklisted by other hauliers. Only when they don’t get their goods to supply their customers they may understand that it is not acceptable to treat hauliers & drivers like this. We travel to many countries in Europe. They do not operate the same, arrive and unload (providing its in their opening hours obviously).

Whites Transport Services Ltd has since said that it was contacted earlier today by a representative of the company whose products are stored at the distribution centre, which is run by a third party. The representative explained that he was aware of the issues at RDCs, and that the problems are being addressed. After the phone call between the two parties, the haulier deleted the post.

Although the case of Whites Transport Services has gone viral thanks to its popular Facebook page, it is by no means the only one. Indeed, the distribution centre situation was even raised in Parliament yesterday by Welsh Plaid Cymru MP Ben Lake.

Lake told Transport Secretary Grant Shapps that many lorry drivers from his constituency had experienced long delays waiting to unload at delivery centres. Having talked to those truckers, the Welsh MP said that stopping such delays would help to retain drivers and improve driver welfare.

In his reply, Grant Shapps didn’t go as far as admitting there was an issue, but said he was open to meeting Mr Lake to discuss the matter.

🚛 Following raising this issue with the Prime Minister during PMQ’s last week, I had the opportunity again this week to raise the HGV driver shortage issue with Minister Grant Shapps 👇👇👇

I’ve been contacted by a number of drivers in Ceredigion who believe that a long-term solution to the crisis must include improving delivery times at distribution centres.

Amid those troubles, a major supermarket has also come under fire in the UK for its inflexibility over deliveries.

Earlier this year, a report in the Grocer revealed that some hauliers had decided to boycott Lidl because of its inflexible delivery policy.

One haulier told the Grocer:

“There’s a bit of a boycott against delivering to Lidl because they’re being inflexible and not listening to what’s going on. If you prioritise who you want to [deliver to] and who you don’t, then Lidl always falls at the bottom of the list.”

“Hauliers [are] threatening to delist Lidl – it would have been the other way around until recently. It’s real ‘shoe is on the other foot’ stuff.”

Photo © Copyright Richard Hoare and licensed for reuse under this Creative Commons Licence. Image for illustrative purposes only