Trial of Denby Ecolink to go ahead next month 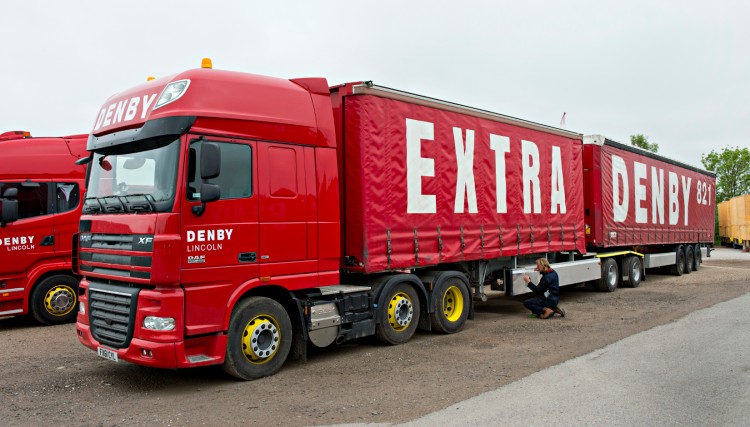 The UK’s Department for Transport is reportedly gearing up for a major trial of around 3,000 25m artics this year, and Denby’s Transport have already been granted permission to use its Eco-Link B-double road train as a demonstrator from next month.

The new follows a number of successful trials featuring longer and heavier trailers.

Denby have been trying to get their Ecolink trailers on British roads for over 20 years. It is an 8 axle B-Train truck, in which a tractor unit pulls two semi-trailers using fifth wheel couplings on both trailers. Its capacity fully laden is 60 tonnes, while its overall length is 25.25m.

They argue that the solution is safer, cleaner and cheaper for the following reasons: