Truck fire. Here’s what every driver should know. 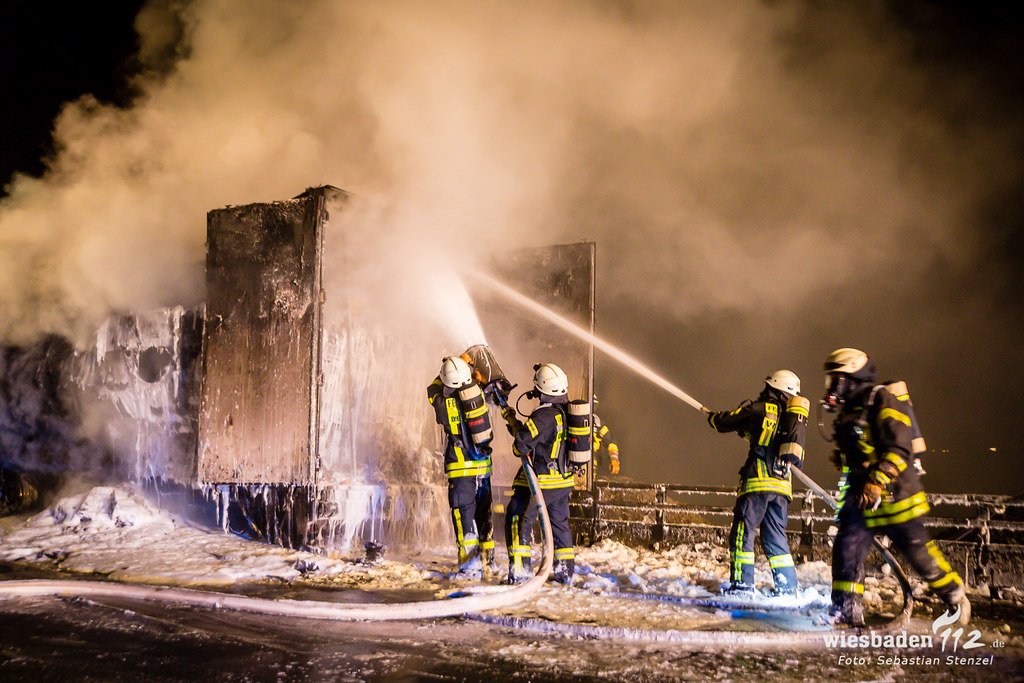 Truck fires endanger not only the drivers of trucks but also other road users. According to the ADAC, regular technical inspections and careful driving make it possible to prevent them to a large extent. Automobilklub advises on what to do if the vehicle catches fire. Only a quick and correct reaction can minimise damage.

One of the most common causes of truck fires, according to ADAC data, is tyre overheating caused by under-inflation, baked brake pads or defective wheel bearings.

All this can be detected through regular and thorough inspections before hitting the road,” explains Werner Renz, CEO of ADAC TruckService.

A truck fire can also be caused by leaks of flammable car fluids, which can drip into the hot parts of the vehicle, or through electronics. Experts from the German automobile club warn against an improper connection of coffee machines or other equipment.

If, however, despite the safety measures taken, a fire breaks out in a vehicle, a quick and appropriate reaction of the driver can minimise its effects.

What to do if a tyre catches fire?

If the fire is on a truck tyre, the driver should drive slowly in the emergency lane until the tyre separates from the rim. Stopping could lead to fire spreading to the tractor and semi-trailer.

It is also crucial to notify the fire department as soon as possible. Remember, however, that the fire station will require specific information that is necessary to extinguish the fire.

We are talking about the exact location of the vehicle (on the motorway you should also specify the direction of driving). Information about the cargo, especially when it comes to hazardous materials, is also important for emergency services. The fire brigade must select extinguishing agents suitable for the task.

How to use a fire extinguisher?

The ADAC experts advise that the fire should be extinguished with short movements of the fire extinguisher from the bottom to the top. It is important not to empty the extinguisher contents at once or in an uncontrolled manner. Also, remember not to extinguish the fire against the wind, otherwise you will be exposed to poisonous gases.

Two years ago, a German trucker was hailed as a hero after he left town in a burning tanker in order not to expose its inhabitants to danger. The man transported 35,000 litres of fuel and, fearing an explosion in the centre of the Bavarian town of Schrobenhausen, continued his journey to stop outside the built-up area.

A year later, the man was fined €3,200. It turned out that he had already noticed disturbing signals before the fire appeared, which could indicate a malfunction. Unfortunately, he ignored them. During a short break, the German noticed smoke from the brakes on the left wheel. When the smoke disappeared, the man quickly tested the brakes and continued his journey. According to the court, the trucker should not have moved on without identifying the cause of the failure.