Trucker caught watching TV while driving on the M1 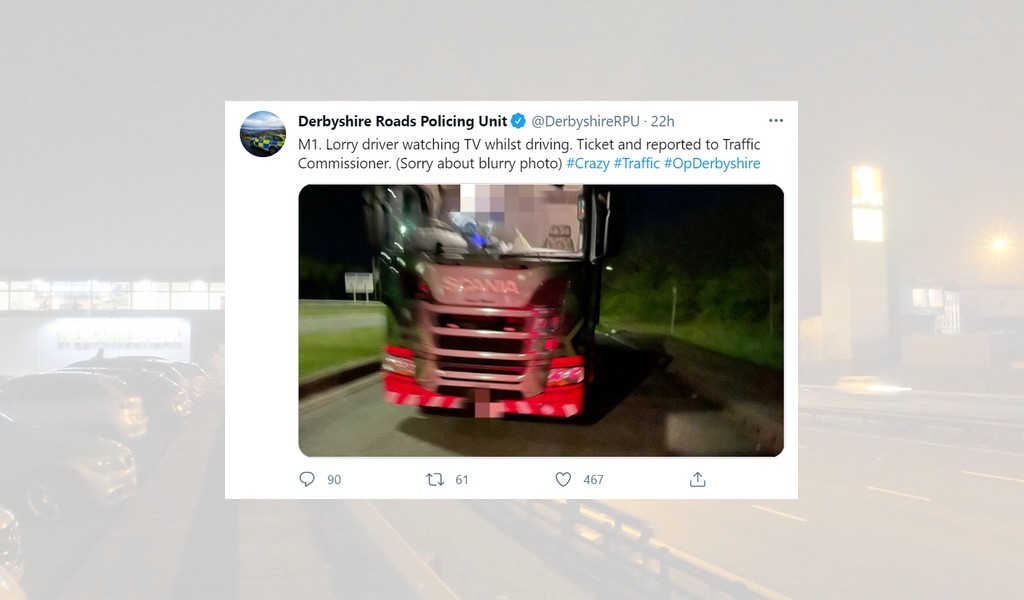 A lorry driver has been fined and reported to the a traffic commissioner after being caught watching TV whilst driving on a motorway in the UK.

The incident occured on the M1 motorway last weekend in the Derbyshire region.

Going by the livery of the truck in the photo, the driver appeared to be working for one of the UK’s most recognisable haulage companies.