A scheme to alleviate the UK's HGV driver shortage by using prisoners has been met with both ridicule and shock by British truck drivers on social media. Many drivers reacted with bemusement to a widely circulated ITV News report that confirmed a convict who had smuggled drugs in a lorry was picked for the scheme. 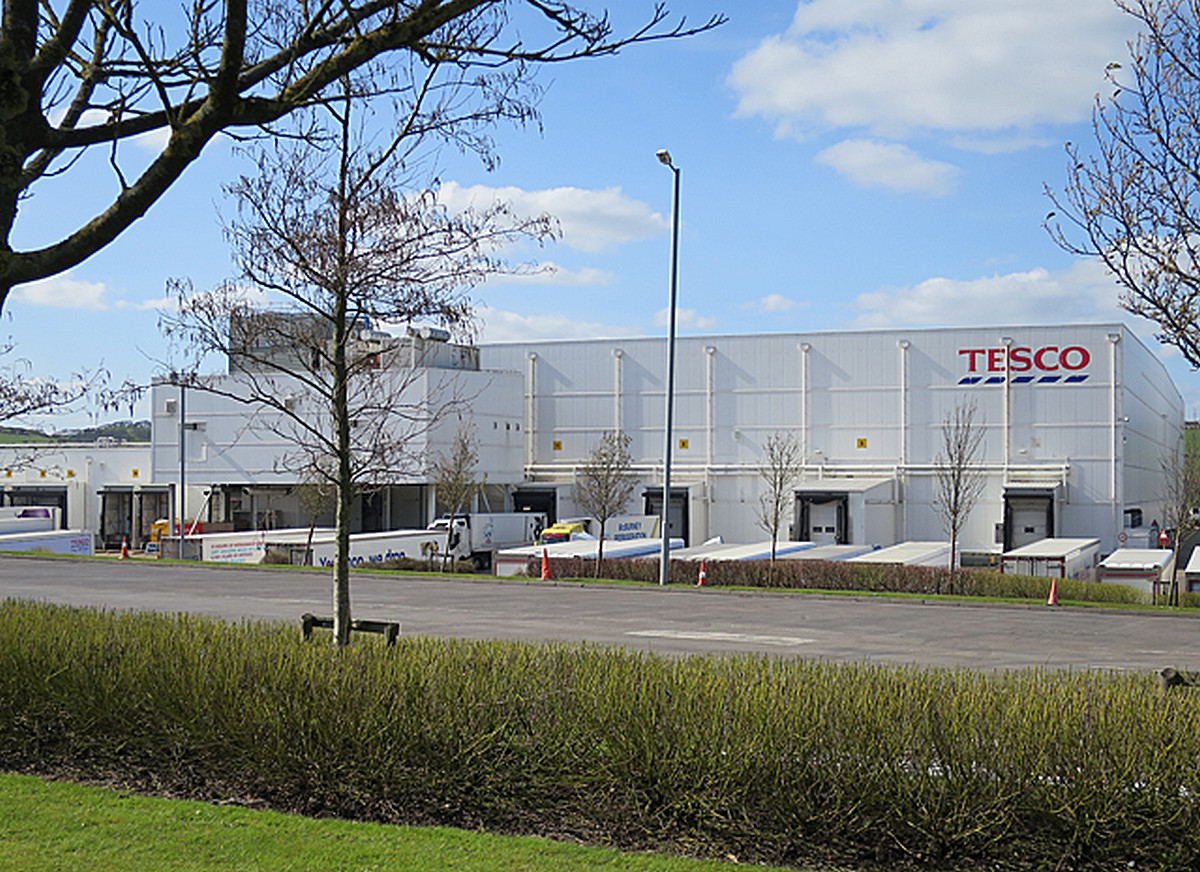 Back in August, it was revealed that many companies in the UK suffering from shortages had turned to using HM Prison Service’s Release on Temporary Licence (ROTL) scheme, which allows inmates to do paid work on day release.

More recently, Deputy Prime Minister Dominic Raab told LBC that the scheme could be used by both HGV firms and call centres:

“The call centres, the HGV companies, those with shortages, those who are recruiting and can’t get British staff from outside prison to do the job – why shouldn’t we actually say, do you know what, this is plugging some staff shortages, this is helping these people to go straight and this is cutting reoffending?”

However, it was an ITV News report broadcast last Wednesday that appeared to bring the scheme to the attention of lorry drivers across the UK. During the report, ITV’s narrator explains that the prisoner allowed out on day-release to drive a truck had been put in prison for “importing drugs involving a lorry”.

In one reaction clip that’s gone viral on TikTok as well as Facebook trucking groups, the latter line of the report is met with ironic laughter and even cheers.

In another clip that used the report, the author ironically captioned the video “well done the government have nailed it” along with a facepalm emoticon.

Is this for real

In the comments below the two aforementioned clips, truck drivers across the UK also reacted with amusement and sheer disbelief: 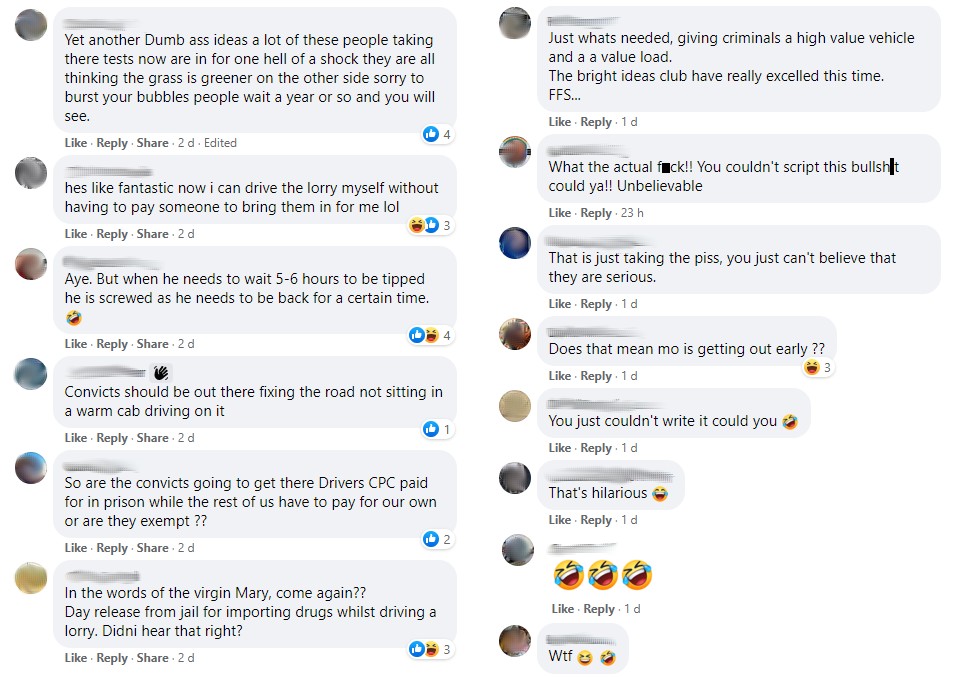 The convict who featured in the report nonetheless defended the scheme, telling ITV News that “you can’t just lock people up forever”:

“I do understand people’s concerns with it but at some point the punishment needs to stop. You can’t just lock people up forever and then punish them forever. I’m earning money, I pay tax. A percentage of my money goes back into the victim support fund as well.”

Meanwhile, prisoners are also being utilised to plug labour gaps elsewhere in the UK’s supply chain. It is reported that Tesco distribution centre in Avonmouth has been bringing in prisoners to work as order pickers.

One employee at the distribution centre who contacted Bristol Live said that some staff have even threatened to leave as a result:

“They have been struggling to get staff to work for the low wages working as order pickers in a cold environment, so they have just taken on 20 prisoners from HM Prison Prescoed, with more to come. This has caused great concern with the current staff, especially the women, who are concerned for their safety, with some threatening to leave.”

After being contacted by the aforementioned newspaper, a spokesperson for the Ministry of Justice said:

“By employing carefully risk-assessed prisoners on day release businesses cut crime and protect their local communities by helping offenders on to the straight and narrow.