Despite the German criticism, the Austrian state of Tyrol will continue to restrict truck traffic on the Inntal motorway in the first half of 2021. As the state government announced on Friday, trucks would only be processed in blocks on the German-Austrian border near Kufstein on 19 days.

For truck drivers, this will certainly mean kilometres of traffic jams. Tyrol started with block handling in autumn 2017 and wants to fight against too much transit traffic in this way.

We will keep you updated with the exact dates as soon as they are published.

Restrictions on the A12 and A13 are not the only obstacles that truck drivers in Austria will encounter in the near future. Since 9 March 2020, block checks have been carried out in Neu Kufstein. Now they are carried out using an automatic traffic dosing system (the system consists of cameras, traffic lights and signposts). A total of 35 block checks are planned for this year, the first one is scheduled for next week.

Here are the block check dates scheduled for the second half of 2020: 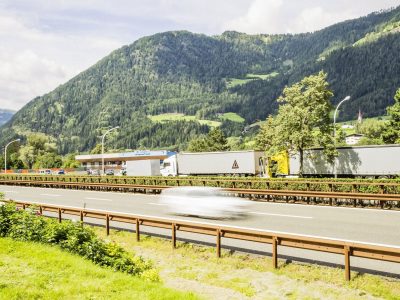 Next truck traffic bans in Tyrol....

These are the days in 2021 when block checks will be carried out in Tyrol
Next truck traffic bans in Tyrol. We also know new block check dates
Truck bans in force in a number of European countries tomorrow
Brenner Night-time truck ban – exceptions for Euro 6 vehicles to end soon
5 Brexit haulage advice centres open, but the 40 others remain a mystery