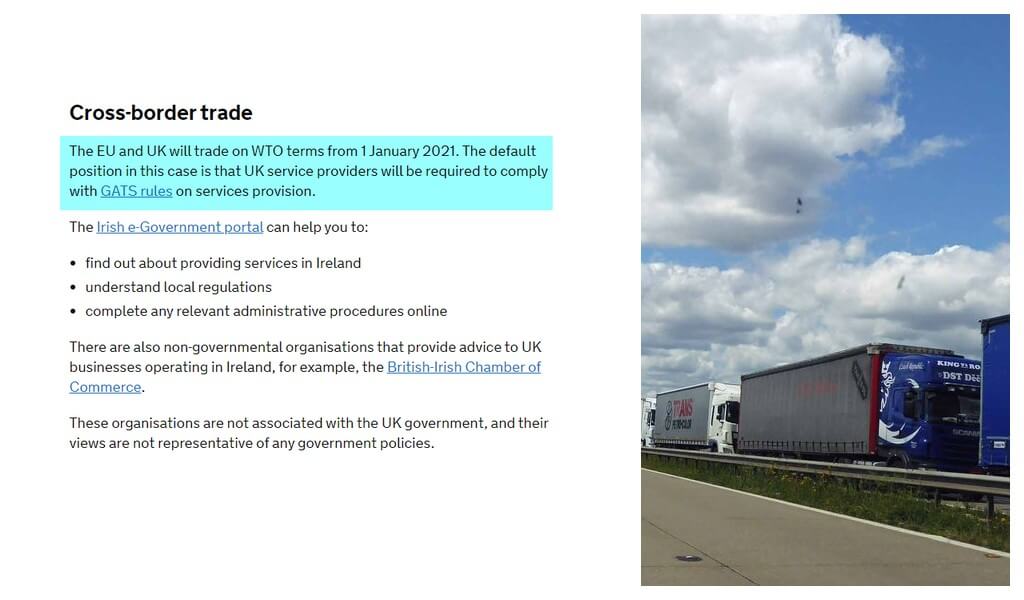 The UK Government’s official online guide for providing services in Ireland says that „The EU and UK will trade on WTO terms from 1 January 2021”.

The guide, which is hosted on the UK Government’s website, was updated yesterday and includes the above information. At the time of writing, the wording is exactly the same. However, in the event it is edited, we have attached a screenshot of the guide below: 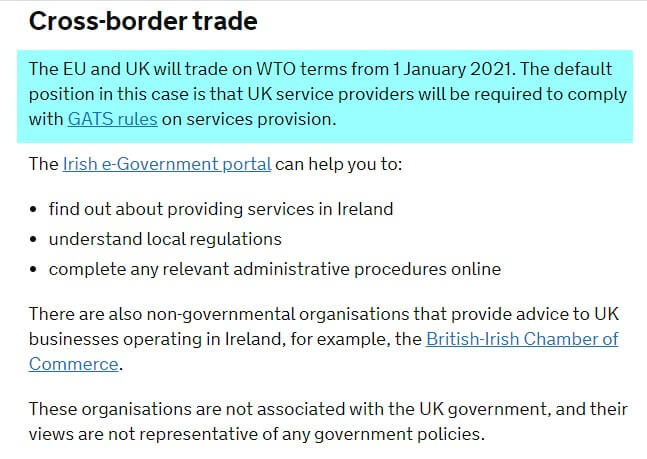 The update has been widely shared on social media, where users are wondering whether the changes were made mistakenly or not. Naturally, the update to the document has sparked rumours that the UK Government has already decided on a no-deal outcome.

A mistake ? Or do they know something about the #brexit talks we don’t know? @RHANews https://t.co/uJJSp5hDAk

The RHA’s Rod McKenzie said as much himself, asking if the information posted was a mistake or if the authors of the text know something about the brexit talks that we don’t.