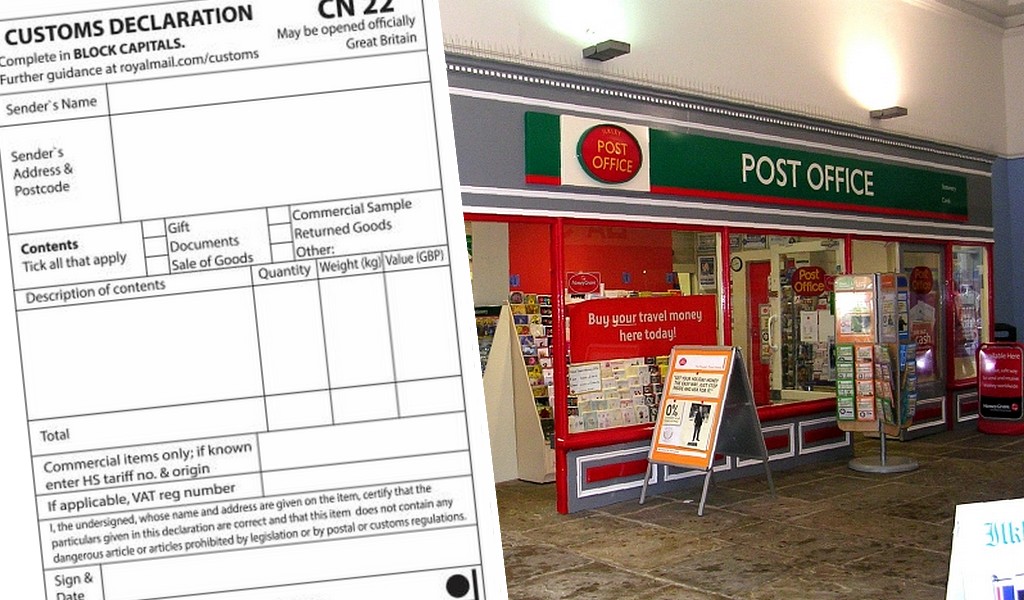 The UK Post Office has announced that as of today, all parcels to be delivered from Britain into the EU will need to be accompanied with a fully-completed customs declaration form.

Although the UK does not leave the EU Single Market and Customs Union until the end of December 31st, not all parcels will make it into the EU by this time, which means customs forms are already required. Naturally, similar customs declarations will also be required for packages sent in the other direction.

However, as Northern Ireland remains part of the EU Single Market under the terms of the withdrawal agreement, parcels sent between there and the EU will not require any additional forms.

Amanda Jones, the Post Office’s retail and franchise network director, has said that staff are on hand for anyone unfamiliar with the new rules:

“We know that over the past few weeks, many people will have been preoccupied with thoughts about Christmas and the pandemic. Postmasters are on hand to provide practical advice, particularly to small businesses, who regularly send parcels to the EU.”

The customs forms need not be filled in for letters or large letters containing only correspondence, commercial invoices or shipping documents.

Items sent by Royal Mail worth under £270 require a CN22 customs label. For other parcels containing goods worth more than that amount, a separate CN23 form needs to be filled in.

The Post Office say it is important to fill the forms in fully and clearly in order to avoid delays.

In addition, anyone importing goods bought on a holiday or while on business in the EU will be charged 2.5% duty on all goods worth between £390 and £630.

This is described in detail along with other import restrictions, including on alcohol and tobacco, on the UK Government website:

If you go over your allowance then you will pay customs duty on the total value of your goods. The rate:

From 1 January 2021, you will be able to check your allowances, make a declaration and pay any tax using an online service for passengers. You will also have to pay VAT at the standard UK rates.