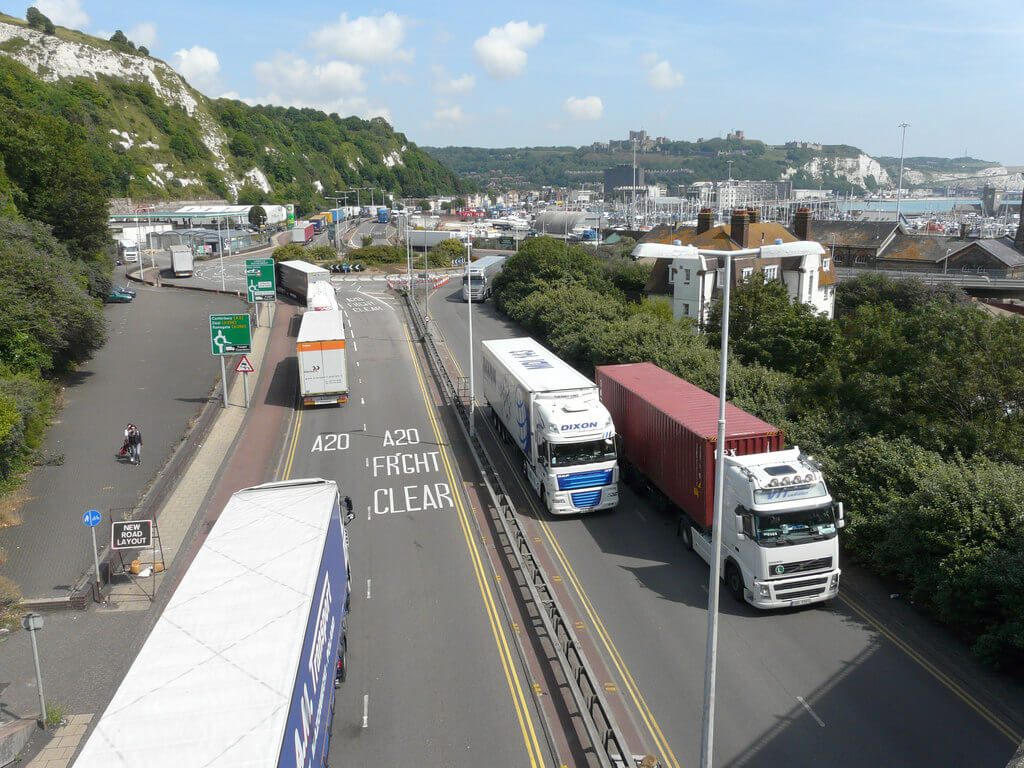 A new update to the UK’s Border Operating Model has revealed that as many as 10 inland border sites could be constructed to alleviate the congestion caused by Brexit.

The plans were spelled out yesterday in a 138-page document that every haulier and business doing business with EU will have to read very closely.

The document is an update to the Border Operating Model first published in July of this year. In the UK Government’s own words, the updates does as follows:

According to the updated Border Operating Model, 5 inland border sites will be operational in January 2021 in the following locations: Ashord Waterbrook, Sevington Ashford, Ebbsfleet Int. Station, North Weald Airfield, and Warrington. In addition, 2 more sites at Thames Gateway and Birmingham could be utilised in January of next year. Finally, a further 3 sites at Dover, South Wales and Holyhead have been earmarked as potential locations for July 2021.

The revised document has been positively received by Logistics UK Policy Director Elizabeth de Jong, who says the clarification it provides will be „welcomed” by Logistics UK members.

“Clarification on the arrangements for the UK’s borders with the EU at the end of the Transition Period is welcomed by our members, the organisations charged with moving goods and services to and from our nation’s largest trading partner.”

However, de Jong added that she now wishes to see more clarity on trading between Great Britain and Northern Ireland:

“We now want to see the same clarity and detailed information for the movement of goods between Great Britain and Northern Ireland, so that businesses can plan and logistics operators avoid delays.”

The Road Haulage association (RHA) have also welcomed the update. Writing on Twitter yesterday afternoon, the organisation nonetheless stressed that if there are any errors in the paperwork post-Brexit, goods will simply not pass the border.

.@RHARichardB welcomes publication of Govt’s Border Operating model. „Firms moving goods across borders will have to undertake customs processes whether there’s a deal or no deal. The message is clear – if the paperwork’s not right, the goods won’t cross.” https://t.co/I2KPvUUQ8E pic.twitter.com/Coj2vYhuWT

Meanwhile, Rod McKenzie, the RHA’s Managing Director of Policy & Public Affairs, has expressed concerns about the 8 UK Government IT systems that will be used to facilitate the import of goods into the country.

Speaking on BBC Radio Kent, McKenzie said that a „gigantic” IT system such as the one being implemented would normally have „years” of preparation. His concern is that the 8 systems won’t communicate with each other, creating a situation whereby the technology „lets down the extraordinary amount of paperwork and red tape that will now have to be done.”