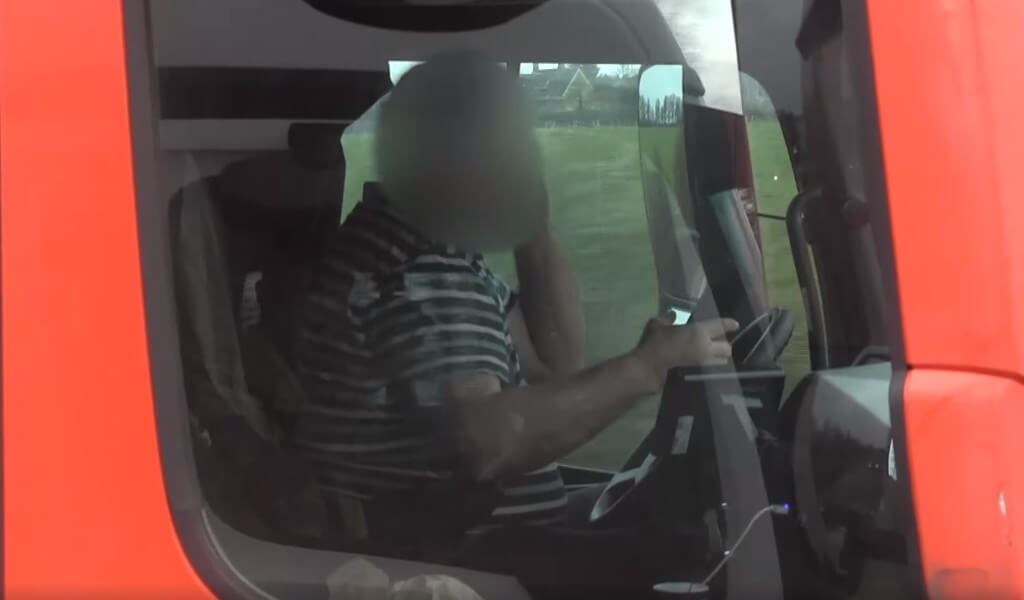 A video published on social media by Avon and Somerset Police has shown how unmarked HGVs are being used to easily spot lorry drivers guilty of using their mobiles while on the road.

The video, embedded below, was filmed on the M4 last week and shows a lorry driver using two mobile phones while driving.

A motorist holds two mobile phones, one to each ear, as he drives along the M4 in a 44 tonne articulated lorry.

The extra height of the HGV compared to a police car makes it easy to spot drivers guilty of various different offences, irrespective of their vehicle.

Avon and Somerset police say officers checked 409 drivers on roads across Avon and Somerset last week, including the M5, M4 and A303. Of these, a quarter (104) were found to be committing driving offences including:

In response, the police:

A similar operation was also carried out by Surrey and Sussex Police last week.

In total, 126 vehicles were stopped and 147 offences were identified on roads in Surrey and Sussex including the M25, M3, M23 and A23.

Offences included driving whilst on a mobile phone, driving without due care, not being in proper control of a vehicle and driving on the hard shoulder, as well as not wearing a seatbelt. One HGV driver who was stopped had been observed reading a map book whilst driving up the A23.

Chief Inspector Michael Hodder, from Surrey and Sussex’s Roads Policing Unit, said in a statement that the HGV serves as a deterrent to drivers:

“The use of the HGV is vital in helping officers to identify more distractive driving offences than they could in a normal patrol car. It is serves as a deterrent to drivers that just because you cannot see a marked police car, does not mean you will not be caught and prosecuted.”

German road police are using the same method to catch drivers too. According to Bild, 8 lorry drivers were caught using their phones while driving in the Dortmund area last week.