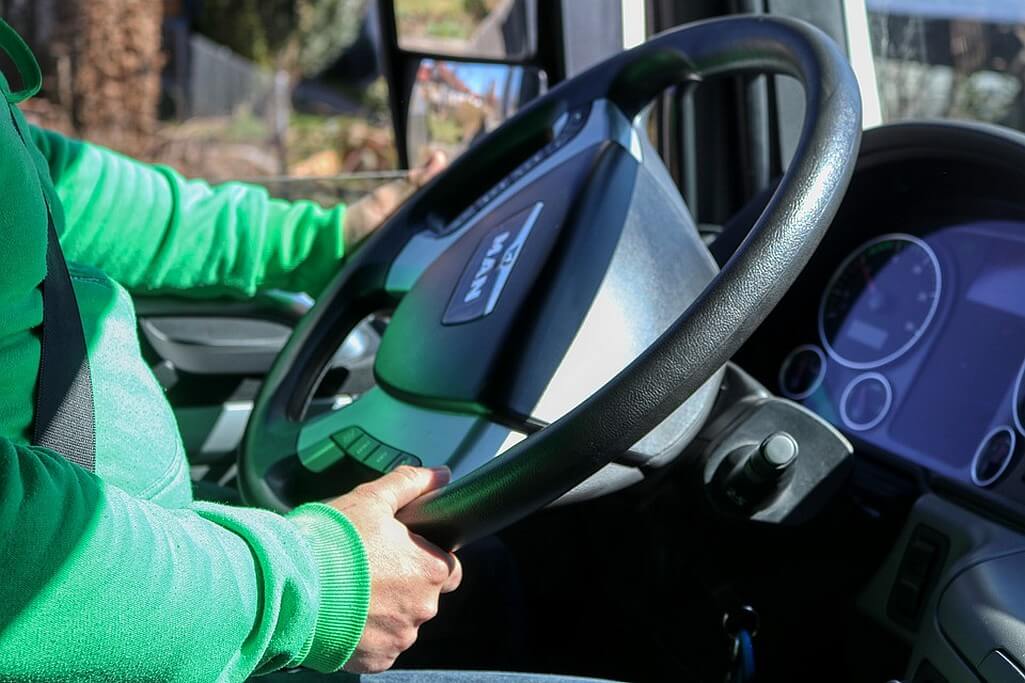 British recruitment firm Driver Require have concluded that the UK’s LGV driver shortage „will remain unresolved and may even be exacerbated” in the short term.

In July, Driver Require CEO Kieran Smith concluded that there would be no LGV driver shortage until the UK’s post-COVID-19 recession had run its course. However, Smith and his company now admit that the current shortage will continue and possibly even worsen in the next 18 months:

Having analysed the economic and employment aspects, we proceed to examine other factors and upcoming events that will have an impact on the UK Haulage Sector through to the end of 2021, specifically exploring the impact of Brexit, IR35 reform, VAT deferral, LGV driver testing suspension, LGV MOT delays, temporary staffing and the importance of protecting cash flow in these turbulent times. We determine that these factors will cause a reduction in the supply of LGV drivers, roughly equivalent to the drop in demand, with the result that the LGV driver shortage will remain unresolved and may even be exacerbated.

Driver Require’s new paper explains that they have changed their initial forecast due to factors that could „reduce the available LGV driver pool to a greater degree than the drop in demand”, while they add that „the timing of these factors could combine to exaggerate conditions.”

Research conducted by Driver Require earlier this year concluded that there are 40,000 new passes entering the LGV driver pool every 12 months, with about 10,000 retiring. At the same time, the pool of drivers has remained at approximately 320,000 for the last 4 years. As the numbers have not increased, Driver Require believe about 30,000 drivers are leaving the profession annually prior to retirement.

Poor working conditions and roadside facilities, long unpredictable hours, stress at work, conflict between family and work commitments, as well as low pay, are cited as the reasons behind the drop in the driver pool. In addition, as many as 16,000 new drivers have been prevented from entering the profession due to cancelled LGV driving tests.

There are further challenges on the horizon too. Driver Require warn that a „toxic combination” of Covid-19 and Brexit, together with the implementation of the IR35 reforms in the Private Sector, could see European drivers returning to their respective countries in greater numbers. Moreover, some of the European drivers are employed by agencies who allow staff to return to their families for the Christmas period, creating a shortfall in driver capacity in peak season.

On top of that, Driver Require note that there is a possibility that drivers over the age of 55 may leave the profession due to covid-19 health concerns.

When it comes to the next month or so, the recruitment agency forecast that a „combination of the above factors will cause demand to continue to exceed supply.” As a consequence, the LGV driver shortage will continue through to the end of 2020, with the situation becoming „more pronounced” over Christmas.

However, Driver Require predict that impending economic woes will change the situation considerably in early 2021:

Once we’re past the Christmas peak, we anticipate demand for temporary agency staff to drop as we first start to feel the true impact of the recession. The backlogs will have been cleared and few permanent employees will be taking holidays. We expect the effect of the “90% Economy” to really kick in with a noticeable drop in demand for haulage services. This will be the time that hauliers will start making redundancies to reduce their costs to match their new operating levels. High unemployment rates will continue to put off full-time drivers from pursuing other careers, so hauliers will have a full complement of LGV drivers and therefore a reduced need for agency support.

Later in the year the driver market is expected to stabilise, causing yet another driver shortage.

What could the government do?

In order to alleviate or remedy the shortfall in LGV drivers, Driver Require believe that the government should carry out the following actions:

As for the haulage firms themselves, Driver Require warn that some very difficult decisions may have to be made in the not-too-distant future:

There will always be a need for haulage companies and temporary staffing agencies in the long term; the greater the uncertainty and variability in demand, the greater the need for a temporary workforce. For this reason, we want to live to fight another day. If that means cutting costs, making redundancies, furloughing staff and turning away risky work, then that is what we must do to conserve cash and protect the core business. Meanwhile we will remain agile and ready to spring into action as the lockdown is relaxed. Flexibility and agility will be paramount for hauliers and agencies alike to exploit opportunities as they arise.