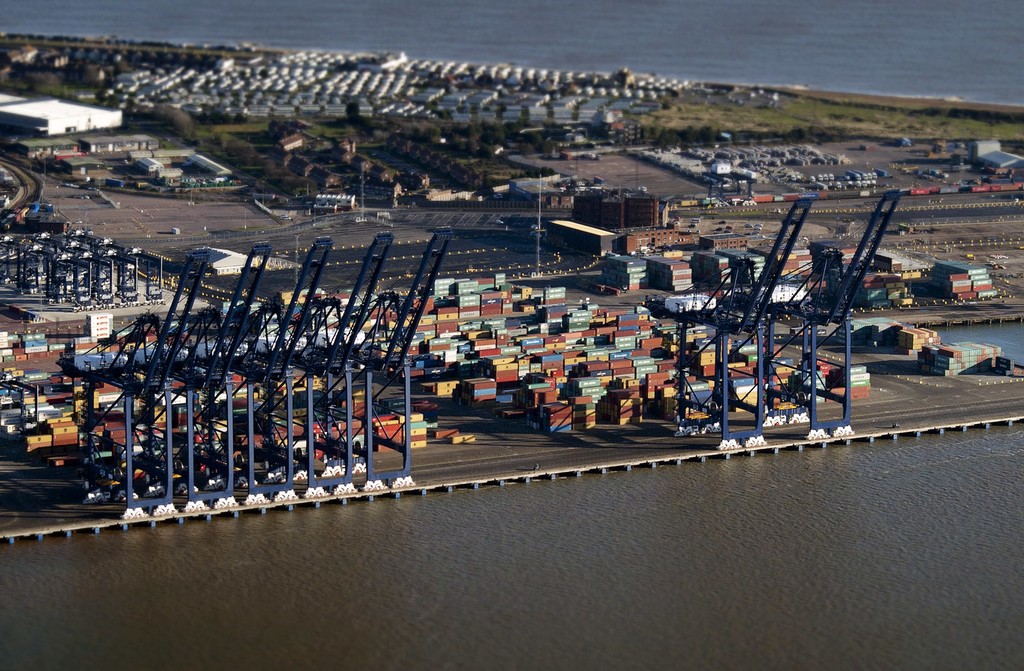 The ONS chose to compare the Q1 2021 figures with 2018 as it “is difficult to fully detangle the impact the coronavirus and EU exit had on UK and international trade while they are still having an influence.”

The data from the ONS shows that total trade in goods with EU nations fell by 23.1% and also decreased with non-EU countries by 0.8%.

The ONS adds that there was evidence of bilateral stockpiling of goods in Q4 2020 in the lead-up to the end of the EU transition period. As such, the “decreases seen in Q1 2021 should be taken in the context of the increases seen in Quarter 4 2020.”

The graph below shows how the UK’s trade with EU and non-EU nations plummeted during the pandemic before experiencing a significant rebound in Q3 and Q4 2020. However, in Q1 of this year, EU trade dropped noticeably, while trade with non-EU nations fell too – albeit very slightly. 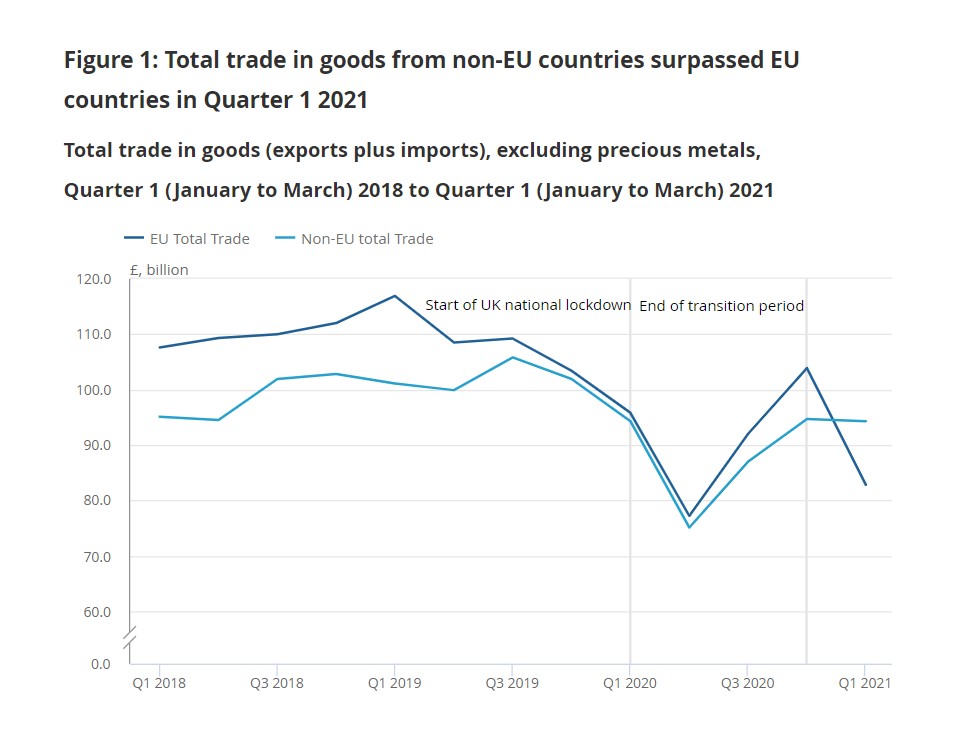 The ONS also released data from the Business Insights and Conditions survey, which indicates that UK businesses importing and exporting goods have considered Brexit to be a bigger challenge than coronavirus since the turn of the year. However, the ONS also notes that “caution should be taken when interpreting these results as only a small number of businesses responded.” 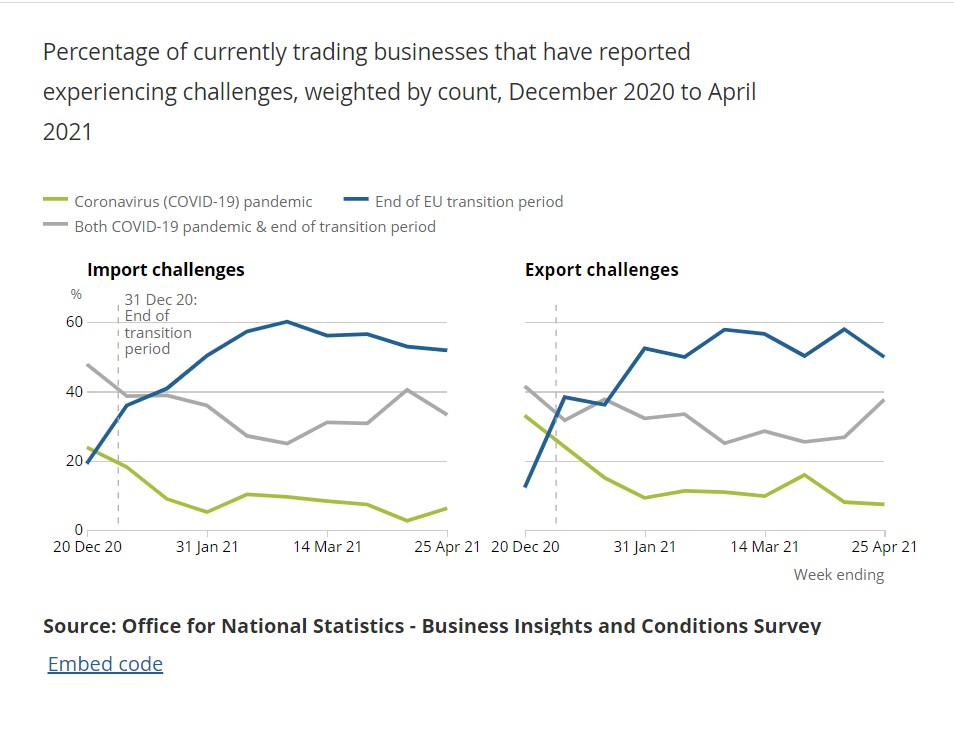 Interestingly, of the UK’s top five import partners, China is the only one in which imports grew between Q1 2018 and Q1 2021. Indeed, the UK has imported more goods from China than from any other country since Q2 2020. 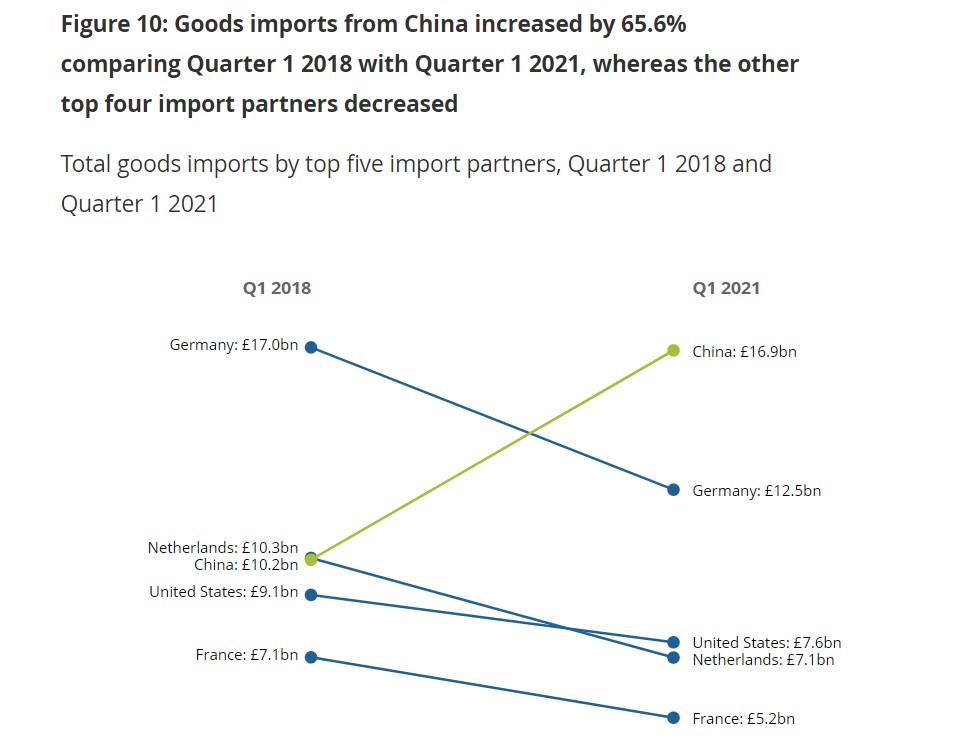 Imports of goods from China accounted for 16.1% of UK goods imports in Q1 2021 – an increase of 65.6% compared with  Q1 2018. Goods imports from China have continued to show an upward trend throughout 2020, particularly after the 1st lockdown.