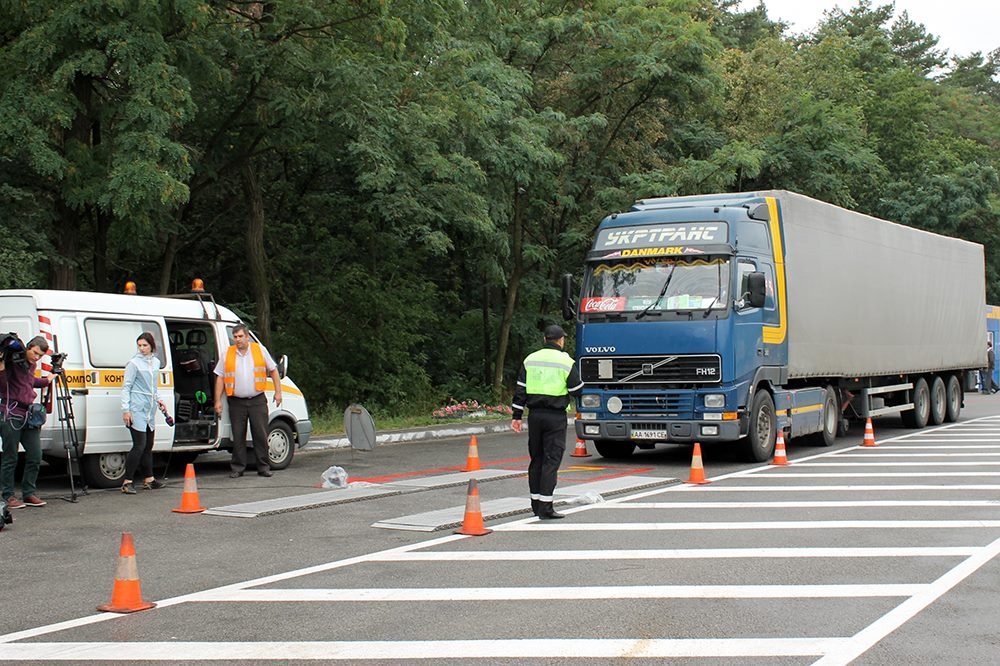 Last week, a law came into force in Ukraine that increased fines for overloaded lorries. Now the amount of the fine depends on the exceeded permissible weight of the truck. Foreign drivers will not avoid penalties either.

Previously, the fine for exceeding GVW of the truck ranged from 510 to 680 UAH (€20-25). When the new law comes into force, drivers of overloaded vehicles will pay several times as much. How much exactly depends on how much the permissible weight of the vehicle has been exceeded.

The amount of new fines is as follows:

The responsibility for the offence lies with the owner of the heavy goods vehicle. If the road transport authority is unable to establish its identity, the transport company to which the vehicle belongs will be liable for the penalty.

In the case of vehicles with foreign registration numbers, the fine must be paid by the person who drove the truck into the country. Failure to pay the fine may result in a subsequent ban on entry into Ukraine.

A few days ago, Ukrawtodor (State Road and Bridge Agency) installed two out of six planned WIM (Weigh in motion) systems on the Kiev-Czop route as an experiment. They monitor, among other things, the weight of trucks in motion. The remaining four will be located on the roads leading to Kiev.

For the time being, the system controls only selected trucks and transmits the data to the Transport Security Service (Ukrtransbezopasnost). Importantly, no fines are issued because the automatic ticketing system has not yet been launched. At this point, it is not known when the system will be operational.

How the WIM system works

The WIM system captures truck data without stopping the truck. The sensors are installed on the road surface in such a way that the driver does not know that he is being checked. They record the date and time of passage, air and surface temperatures, as well as driving direction, lane, speed, registration numbers, dimensions, axle spacing and load on the individual axles. The system is designed to control all vehicles moving at speeds from 10 to 120 km/h. In the next year and a half Ukraine plans to purchase and install one hundred such systems.

Map of the WIM pilot project in Ukraine

Higher fines for other offences as well

There are more changes. Since 27 September, a new penalty scheme has been in force for other offences as well. For speeding over 50 km/h the driver will have to pay a fine of up to 3,400 UAH (€130). Previously, the fine for this was roughly €20.