The logistics industry across Europe has been doing its bit to help transport aid since the start of Russia's invasion of Ukraine. The UK is no exception, and operators from both road and rail transport are continuing to launch initiatives for the relief effort. Special DB Cargo rail freight trains have been moving aid to Ukraine, while UK pallet network Pall-Ex has launched the #PLXUKRAINE appeal to support those affected by the conflict in eastern Europe. 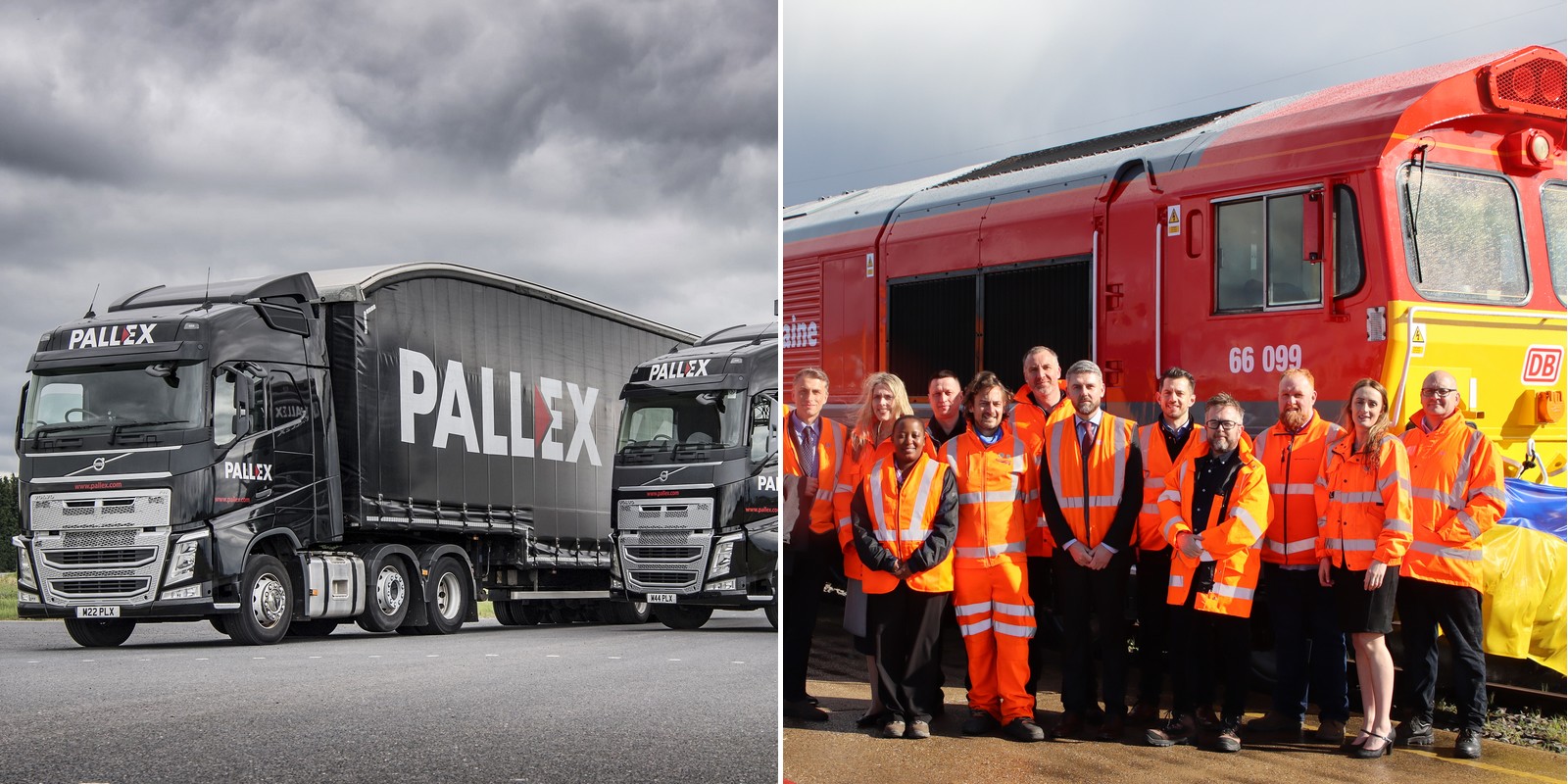 In the first of those aforementioned initiatives, the UK rail industry has joined together to facilitate sending more than a million items of aid to Ukraine in response to the humanitarian crisis in the region.

UK Rail for Ukraine, a cross-industry initiative set up by volunteers in early February, has brought together the large quantities of humanitarian aid from across the country. A first aid train has left the UK on a special DB Cargo service bound for Ukraine, where it will be received by organisations working on the ground.

The service is carrying more than 1,500 tonnes consisting of a range of aid, including non-perishable food, hygiene and medical products, basic living equipment, and other much-needed supplies that have been donated from a wide range of businesses and organisations following requests for aid from the Ukrainian authorities. We would like to express our gratitude for local advice and information provided by both the Ukrainian Logistics Alliance and Department for International Trade in Warsaw.

Transported in 24 shipping containers over a 500-meter train, the aid transported by UK Rail for Ukraine has been labelled in all three languages to assist with distribution when it arrives at its destination.

Commenting on the initiative was Ambassador Vadym Prystaiko, Ukraine’s Ambassador to the United Kingdom, who said:

“I am expressing my gratitude to the UK Railway industry and everyone who contributed to the UK Rail for Ukraine initiative. We greatly appreciate your support during such challenging times. Despite the complexity of the logistic routes, the industry managed to organize a delivery directly to the places of greatest need in Ukraine. In addition to the humanitarian aid gathered by volunteers from different businesses and organizations, UK Railway facilitated the delivery of 21 powerful industrial generators purchased by the Ukrainian Embassy which are imperative for Ukraine’s energy sector.”

“Across Europe, DB Cargo is already leading the way in delivering humanitarian aid by rail to the Ukraine, having recently developed the first rail bridge to the war-torn region. Here in the UK, we are pleased to be able to support the ongoing aid effort to deliver essential supplies to ease the suffering of the Ukrainian people impacted and displaced by the atrocities that are unfolding.”

Meanwhile, the logistics giant Pall-Ex Group has launched the #PLXUKRAINE appeal to support those affected by the conflict in eastern Europe.

The appeal tasks Pall-Ex Group’s UK and Irish membership, comprising over 165 independent transport businesses, to raise £1,000 (or equivalent) each in any way they can.

All the funds raised by the appeal will then be aggregated by Pall-Ex Group and donated to the Disasters Emergency Committee (DEC) to support the ongoing humanitarian work being carried out for those affected by the conflict in Ukraine.

The DEC brings together 15 leading charities in the UK to provide an efficient and effective way of raising funds to deliver vital aid to victims of crises overseas.

As people flea Ukraine with only the possessions they can carry, DEC charities and local partners are ensuring these people have food, water, warm clothes and the medicines they need.

Pall-Ex Group is utilising its expansive network of members across its two networks in the UK and Ireland which covers every postcode area, to help the DEC continue with this work.

Every member has been sent a letter, encouraging them to get involved, many of whom have a long history of fundraising, especially during the Covid-19 pandemic in 2020.

Fundraising could include a range of fun activities including bake sales, sponsored challenges or even charity auctions.

Pall-Ex Group’s own efforts will even see Group CEO, Kevin Buchanan, UK Managing Director, Barry Byers and International Managing Director, Mark Steel, take to the stocks where they will be pelted with wet sponges by anyone who wants to make a donation!

Having already offered assistance to charities in need of transport to the Ukrainian border in March, the Group’s #PLXUKRAINE appeal goes further by hoping to raise thousands of pounds for the DEC and its associated charities.

Kevin Buchanan, Pall-Ex Group CEO developed the idea for the #PLXUKRAINE appeal and is passionate about supporting Ukrainians fleeing the violence in their country:

“We have all seen the horrendous developments in Ukraine over the last few weeks, with millions of people being forced to move further west or even leave the country. The DEC carries out incredible work so we must use our platform to support it as much as possible. Pall-Ex Group has a network of over 165 independent business which we have the ability to call into action and unite to support this very worthy cause. #PLXUKRAINE shows that if we all work together, small actions can achieve incredible results.”

Pall-Ex Group is working with all of its members to raise funds to support the DEC. To donate to Pall-Ex Group’s #PLXUKRAINE appeal, please visit: https://www.justgiving.com/team/teamplx