The improvement of relations between Ukraine and the European Union, including the adoption of the visa waiver programme, has resulted in the increasing number of Ukrainians finding jobs abroad or opening their businesses in the Schengen zone. The scale of this phenomenon has increased so much that the Ukrainian transport sector is suffering the consequences of a substantial outflow of workers. Will the Polish workers soon be affected by the presence of the new competitors in the market?

Poland has become a destination for many professions from the industry, such as drivers, carriers, transport managers and mechanics. As far as workers are concerned, the reason is obvious: average wage in Poland in 2018 was  790 euros, while in Ukraine it was 210 euros. According to the data of the International Organization for Migration, only in 2015, Ukraine lost 12 percent of its workforce. The UN estimates that in 2050 the population of Ukraine will shrink from 44.2 to 36.4 million, which will be mainly caused by labour migration.

Labour migration is one of the most crucial Ukrainian problems. It may pose a substantial threat to both economic growth and the stability of prices in the coming years,” said Dmitrij Salogub, the Vice-president of the National Bank of Ukraine.

Emigration of drivers from Ukraine and Belarus to Poland and the other EU countries has been progressing for several years. The local entrepreneurs are suffering shortages of staff and anxiously counting losses.

I am very happy with my job in Poland. I’ve been working here for many years. The employers are honest, and the conditions are good. The roads are better and incomparably safer. I think about taking my family here and settling in Poland for good,” said a truck driver Mikhail in the interview for Trans.INFO.

“The shortage of truck drivers in Ukraine is already taking its toll. Everybody has emigrated to Poland in search of jobs because the conditions there are much better. The transport services are scarce. We are recording losses, so we do not have funds to pay the employees. I am a good carrier. Now, my three trucks are standing empty in the parking lot because there is nobody to drive them,” said Mr Evgeni Balak, a Ukrainian carrier. “I am driving myself with my last driver.”

Ukrainian entrepreneurs, especially those from the sector of small and medium-sized enterprises, follow in the drivers’ footsteps. After losing liquidity and for fear of bankruptcy, they are moving to Poland and opening businesses oriented at the international transport.

The Ukrainian carriers are getting more and more excited. A lot of them are moving to Europe and setting their businesses there. Why? Because this is easier. There are hardly any difficulties with opening a new company there,” said Dmitrij Leushkin, the Director of the Prime Group.

Most of the Ukrainian carriers who move abroad register their companies in Poland. Then, they buy cheap used trucks and send them to Ukraine, where they are cleaned, repaired and modernized at very low prices. After that, the trucks go back to Poland as good as new. They also hire drivers from Ukraine. Why? Firstly, because a lot of workers are eager to move to the EU to work; it is enough to announce a recruitment process. Secondly, the workforce in Ukraine is very cheap.

“Thus, a very interesting business model is created. The Ukrainian carriers open their companies in Poland and hire the Ukrainian workers. They send trucks to Ukraine, where they buy cheap fuel. It is far less expensive than in the EU. Then, they take a small transport order on the Ukraine-Poland route. After completing it, they have a lot of cheap fuel left. Now they can take orders for transport within the EU, of course for European prices,” said Leushkin.

After implementing limits for the import of fuel, the carriers, according to the above model, send their vehicles to Belarus so that they can transport more fuel through Lithuania. One way or another, this model continues to function.

“The Ukrainian companies have started seriously competing with the Polish companies which cannot offer better prices of transport services,” said Leushkin. “I will add, as a curiosity, that a truck with a full tank can get from Ukraine even to Berlin. This means that it may “cover” the area of an 800 km radius from the Ukrainian border. When the fuel is over, the whole operation is repeated all over again,” he explained.

Of course, longer routes – further into Germany, to France, Holland or Spain – are not possible. However, the closer distances are also very attractive.

These are promising destinations which will be still developed. Other routes, such as within the territory of Ukraine or to Russia, are not very profitable or even currently unavailable (e.g. Russian embargo on Ukrainian products – Editor’s note),” said Leushkin.

According to different estimates, currently, there are about a million Ukrainian citizens working in Poland who contribute to Polish GDP by doing shopping, using services and setting business.

In the recent years, the workers from Ukraine have become an important factor of development of the Polish economy. In 2010, only about 180 thousand declarations to hire Ukrainian citizens were issued, while in 2017 the number exceeded 1.7 million. This means an increase of nearly 800 percent!” claimed Vasiliy Voskoboynik, the President of the All-Ukrainian Association of International Employment Companies, in the Labour Immigration Barometer. 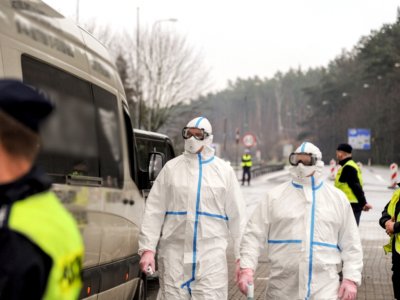 Poland closes some of its border... 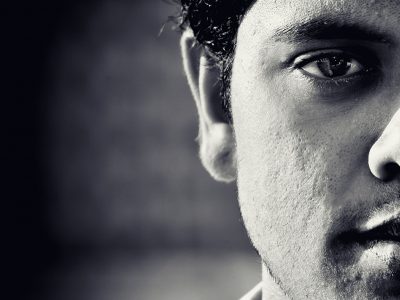 There is a massive lack of...

Poland closes some of its border crossings. See which routes you can still get i...
There is a massive lack of professional drivers even in Eastern Europe. Ukraine ...
Up to 25 hours of waiting at the Polish-Ukranian border. What’s happening there?