The manager of a Polish haulage firm has talked of how his company's Ukrainian drivers are set to return home to be with family and defend their homeland from Russia's invasion. Anticipating that others may follow suit, Poland's Transport and Logistics Association has also called on the Polish Government to extent the visas and driver certificates of Ukrainian truckers who decide to take unpaid leave. 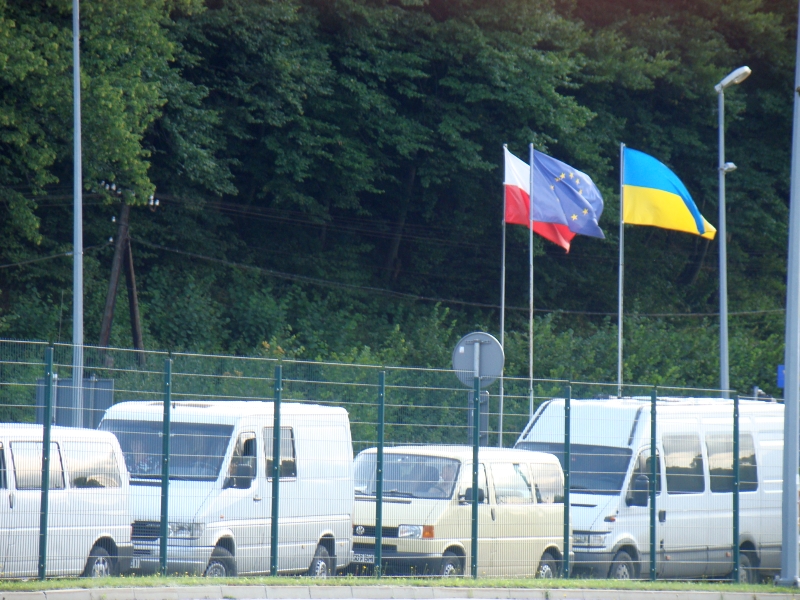 Commenting on the horrific news that the world woke up to this morning, Mariusz Wróbel, manager of Polish haulage firm Rosa Europe, said that his drivers had “tears in their eyes” while reading the news about the invasion on their phones.

Writing on LinkedIn, the haulier added:

“A lot of people will leave because they have a family, and they are aware that some of them will not come back. I talked to a guy from Ukraine, he said they are prepared and that the whole world will be watching.”

Also reacting to today’s shocking events has been Transport and Logistics Poland, who represent the Polish haulage and logistics industries.

Anticipating that some Ukrainian logistics staff, including lorry drivers, will return to the war-affected country, it called on the Polish Government to introduce a number of measures.

In addition, Transport and Logistics Poland have asked for the families of employees from Ukraine to be allowed to enter Poland and receive humanitarian aid.

The organisation has also reached out to hauliers and asked them to do the following:

The aforementioned requests were part of a statement that emphasised the organisation’s solidarity with Ukraine and its understanding of the sanctions placed against Russia. Transport and Logistics Poland also emphasised that “there is still a place” for Belarusian and Russian staff, as “they have no influence on the decisions taken” by the Kremlin.