The #truckedoff campaign, which aims to “restore safety, decency and dignity to lorry driving in the UK", has been backed by the Unite trade union. As part of the campaign, truck drivers across the UK are being urged to take their statuary 45-minute breaks at 11am on Monday November 1st. 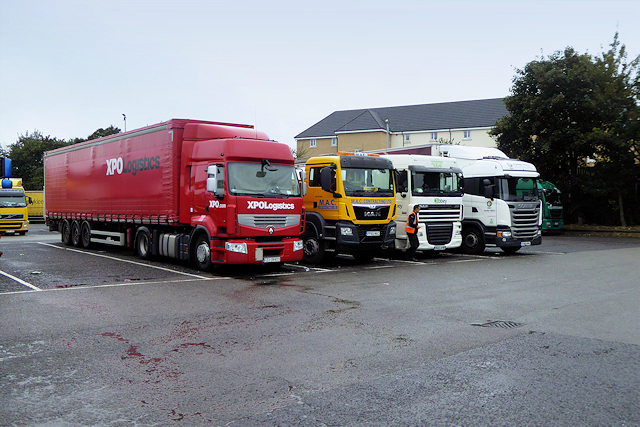 Unite say the action, labelled ‘Take a Break’, has been chosen amid the UK Government repeatedly extending temporary relaxations of drivers’ hours rules.

The union says it now has a long-term plan to drive up pay and conditions across the sector, vowing that it is time for ‘action, not words’.

A nationwide call for all Professional LGV Drivers will be at the centre of what needs to happen to ensure YOU are listened to.
On 1st November at 11.00am all LGV Drivers should take their statutory rest break TOGETHER, it’s the first step in establishing Respect! #truckedoff pic.twitter.com/UBvO8P2hfA

Unite’s chair and former HGV driver, Tony Woodhouse, had the following to say about the #truckedoff campaign:

“HGV drivers are sick and tired, sick and tired of poor pay, no pensions and longer working hours. Truck stops in this country are a disgrace and the fantasy salaries being reported are a myth. Drivers are urged to park up at 11am on Monday 1 November. By taking their legal break, they will highlight that nothing is being done to address the dreadful employment conditions in a sector that’s at the heart of our economy.”

“Skilled drivers have walked away from this industry and nobody will replace them unless and until safety, decency and dignity are restored to driving in this country. We look across the Channel and see drivers better paid and better treated, and we want that for drivers here. Unite will not stop until we have fixed this broken industry.”

🚛 @unitetheunion backs HGV drivers to #TakeABreak in bid to restore safety, decency and dignity to lorry driving in the UK

📣DRIVERS – @ 11am on 1 Nov take your legal break to highlight that nothing is being done to address the dreadful T&Cs#TruckedOffhttps://t.co/VrtDRNlWZB pic.twitter.com/o7bcLXpGBa

Besides the aforementioned campaign, Unite is calling for sectoral bargaining to be restored to the professional driving sector. The union argues this will “bring stability to a ‘cut-throat’ industry where pay, conditions and life on the road have steadily worsened.”

Davy McCord, HGV driver and Unite shop steward, says that sector bargaining represents “a sensible way to maintain standards and keep a sector stable”. He adds that it is common in both the health and construction industries in the UK. It is also used to effect in the Netherlands, were HGV drivers are able to collectively negotiate nationwide pay rises.

“The only people who benefit from the present chaos are the cowboys. As the Netherlands’ experience shows, decent employers value a system that pays the rate for the job.”