The Unite Trade Union has accused some road transport bosses of “squeezing the last drop of profit" out of the contracts of the lorry drivers that work for them. 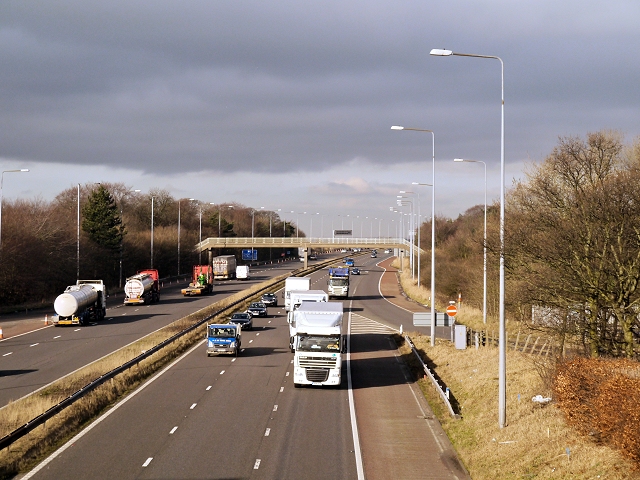 The comments, made by Adrian Jones, Unite’s national officer for road transport, were made in reference to the heavily-reported HGV driver shortage the UK is currently experiencing.

The trade union states it wants urgent talks to take place with haulage bosses and the government so as to address the issue.

It says it wants to alleviate the shortage by improving pay and conditions, tackling the lack of diversity in the industry, simplifying driving hours’ rules, make better parking and facilities a priority, toughening up sanctions for employers denying drivers access to basic facilities, and shifting the cost of accreditation from drivers to employers.

Adrian Jones’s statement on the matter can be read in full below:

“We call on ministers and employers to stop dragging their feet and sit down with Unite to chart a way forward, otherwise the present-day problems of gaps on supermarket shelves will just get worse.

“It is becoming clearer by the day that we are facing a serious HGV driver shortage across the UK – ‘a perfect storm’ in the worst possible way. Already gaps are appearing on supermarket shelves, and logistics and hauliers’ organisations are warning August will be a pinch point regarding the shortage of drivers as workers take summer breaks.

“The current shortage of an estimated 100,000 HGV drivers in the UK has highlighted a number of long-running serious discontents in the industry, from poor pay and conditions to inadequate toilet provision and lack of parking facilities.

“It is clear that the UK’s HGV drivers have been taken for granted for too long by bosses keen to squeeze the last drop of profit from their contracts – this brazen lack of respect for the workforce is now coming home to roost with mounting calls for industrial action.

“We have been campaigning for some considerable time to have a constructive dialogue with ministers and the employers to get to the root of the problems afflicting the industry. Unfortunately, the government has allowed this situation to drift and has shown a lack of energy in getting to grips with the unfolding situation. Unite has been banging its head against the wall.

“We need to sit down and come up with a blueprint for a way forward so that the transport arteries of the nation are kept open now and in the future – to assist in this process with have devised a six-point programme to start tackling the shortage of drivers. However, to implement this we need the active co-operation of ministers and the employers which is not there at present.

“Some of the problems the industry face are long-term, such as low pay and long hours; and some are more recent such as the impact of Brexit on the number of EU drivers available.

“Unite is actively engaging with its members during the summer over the next steps needed to address these deep-seated problems facing the industry – and ballots for future strike action in the autumn remain firmly on the cards.

“Be in no doubt, Unite understands the simmering frustrations and anger. Ministers can no longer allow the current lack of grip over the driver shortages to continue as the UK needs to keep moving food and supplies around the country.

“Unite remains ready to play its part to solve this crisis; however, key principles for us are that decent  pay and conditions are in place, as well as welfare measures for our members when they are on the road, such as better parking facilities and adequate toilet provision.

© Copyright David Dixon and licensed for reuse under this Creative Commons Licence.