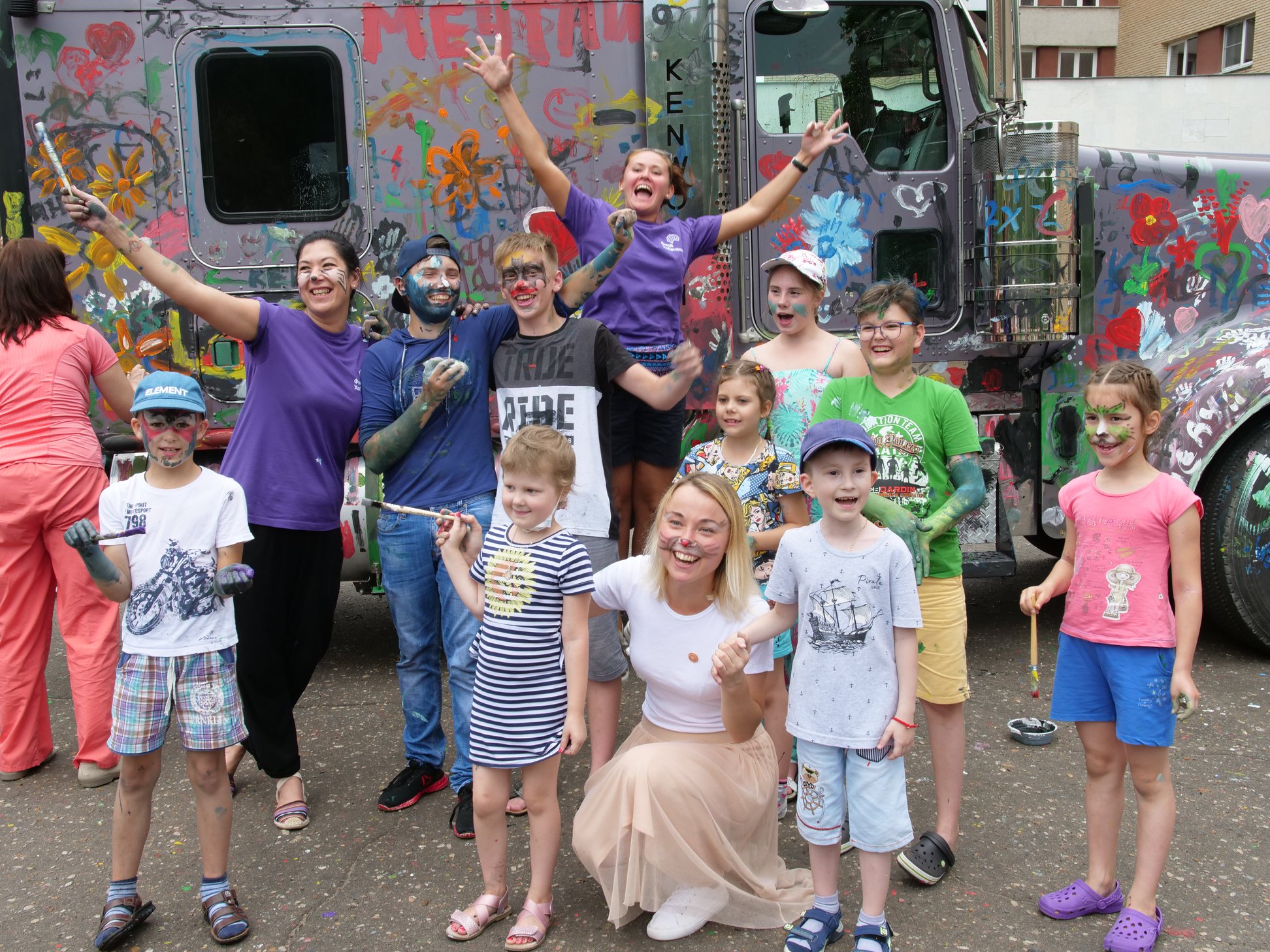 There is nothing like seeing a smile on a child’s face. A truck driver who himself went through difficult times in his youth, invited young cancer patients to have some fun and allowed them to paint his favorite truck. In essence, it is another a story with a human tragedy in the background. Fortunately, this one has a happy ending. Vitaly is a former patient of the children’s oncology department.

Today, Vitaly is 45 years old. During his childhood, he underwent Hodgkin’s disease (it is a cancer of the lymphatic system). He spent a long year in the hospital. Thanks to this experience, he realized how boring, gray and empty days in the bad can be. Fortunately, he won the battle with the disease. When he grew up, he became a professional driver. He bought a Kenworth 9.5-tonne truck and traveled almost all over the world.

He never forgot about the disease. He remembered the days spent in the hospital and other children lying on the neighboring beds. That’s why he decided to help those who were still recovering after treatment.

In organizing the campaign, he was helped by Konstantin Chabienski Foundation. Vitaly admits that although giving his favorite truck did not come easily, he did not regret his decision. 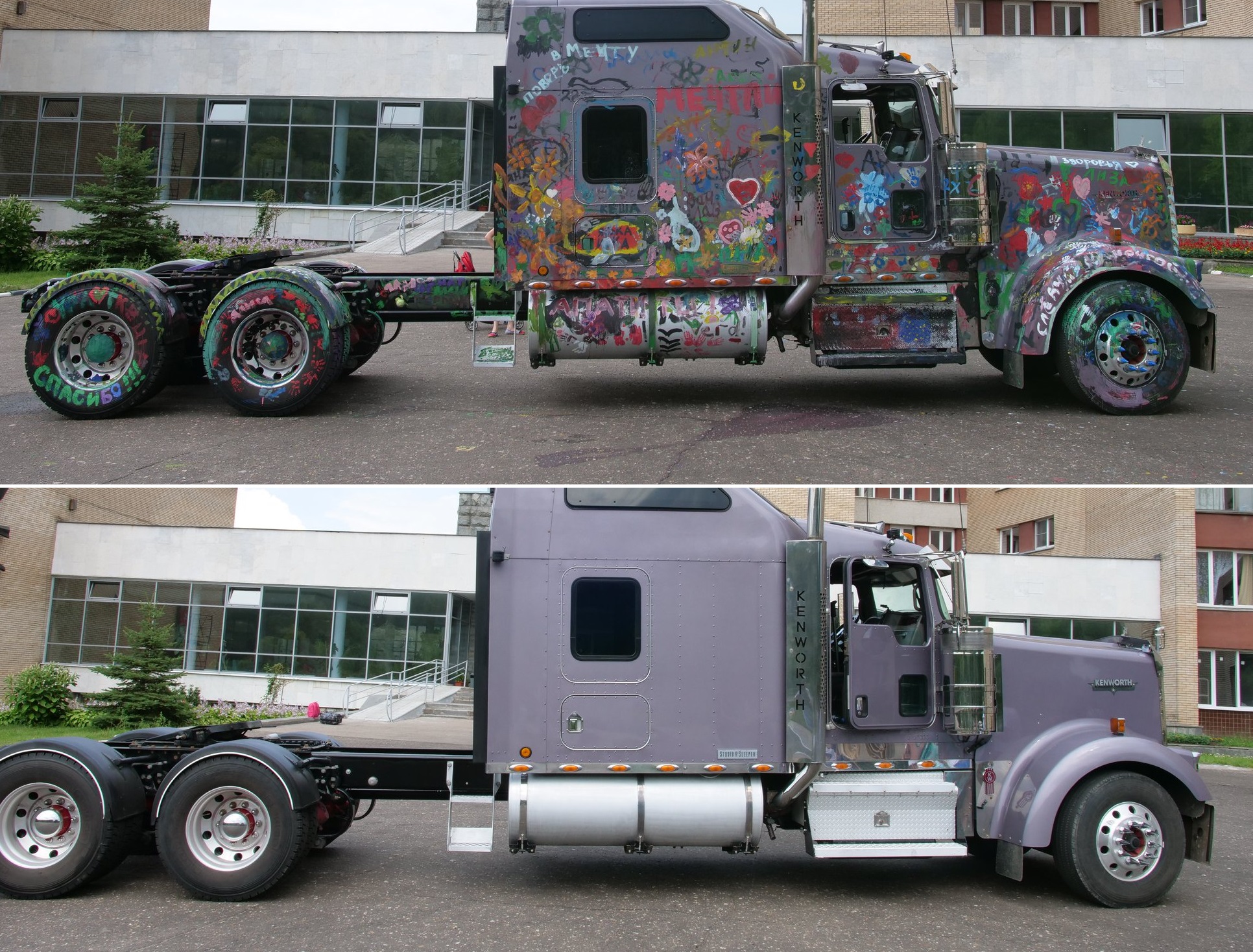 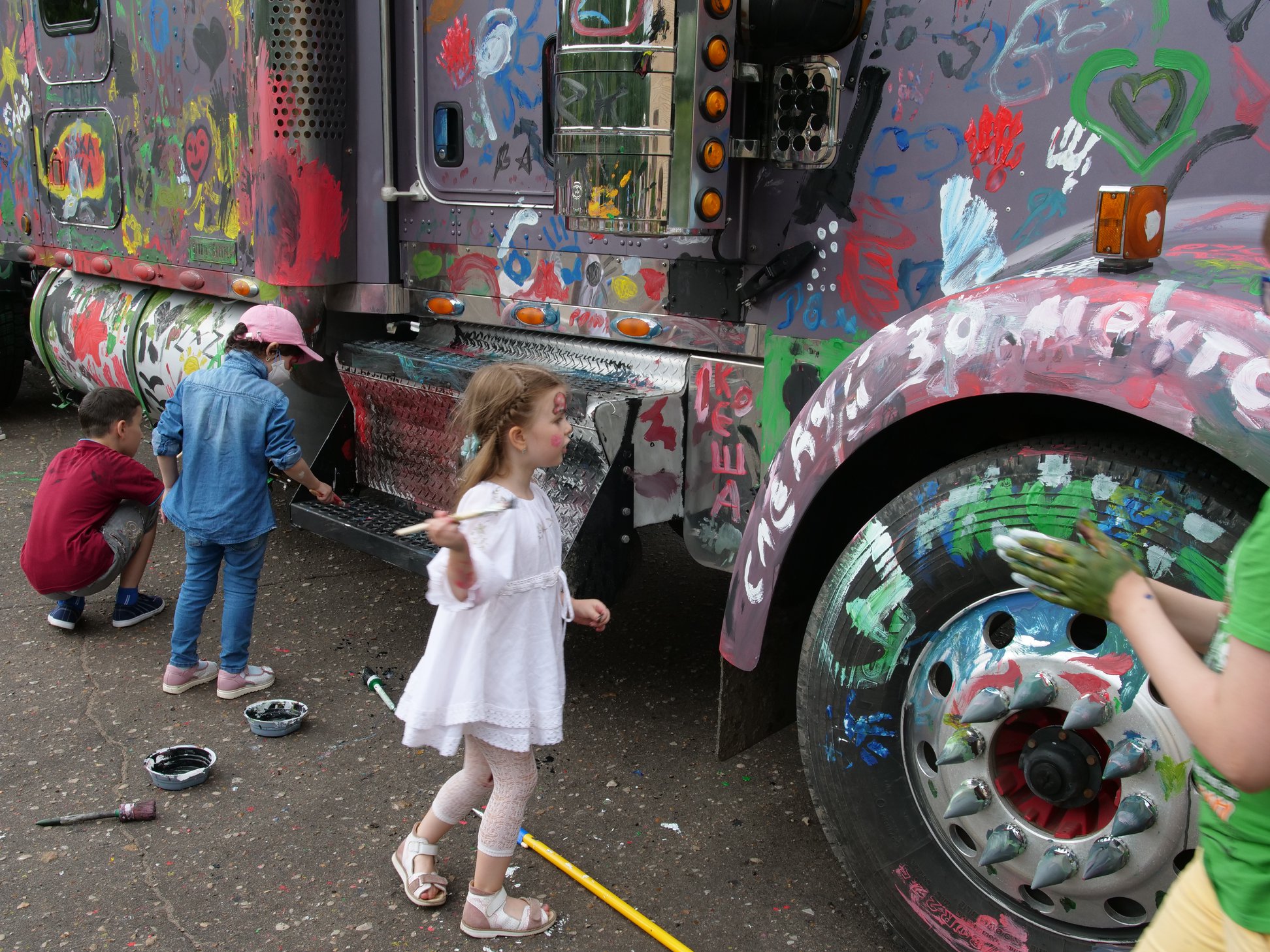 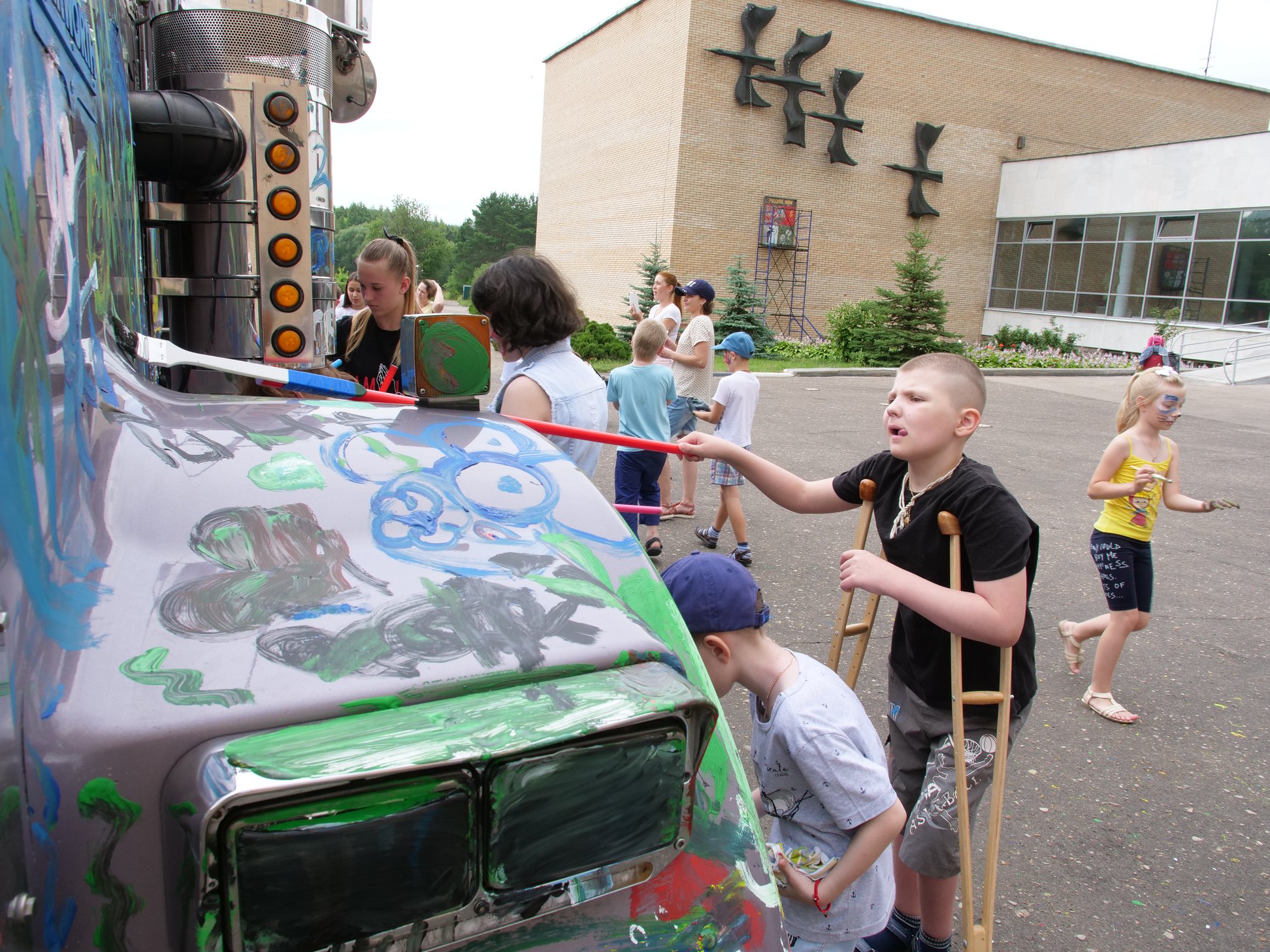 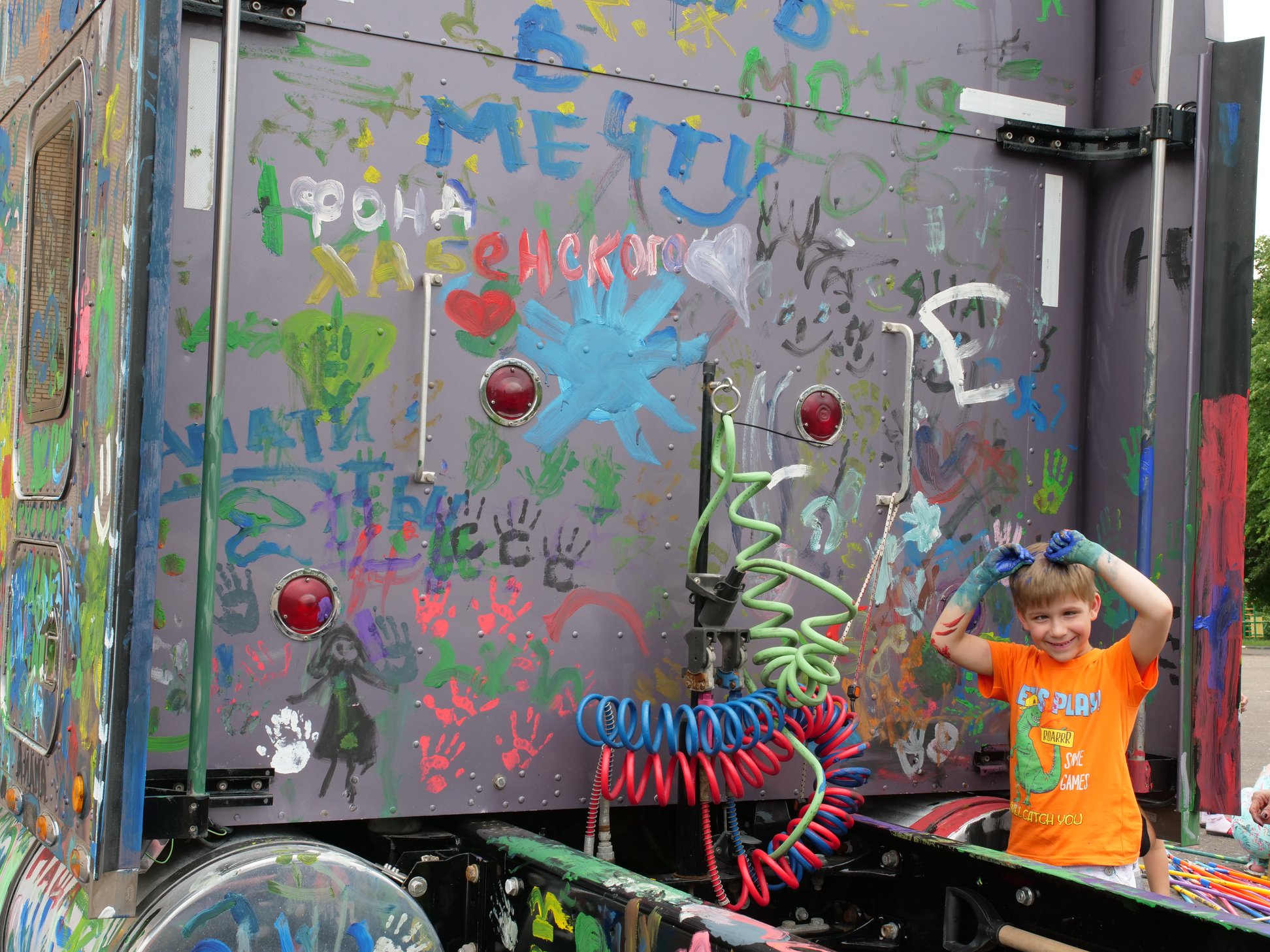