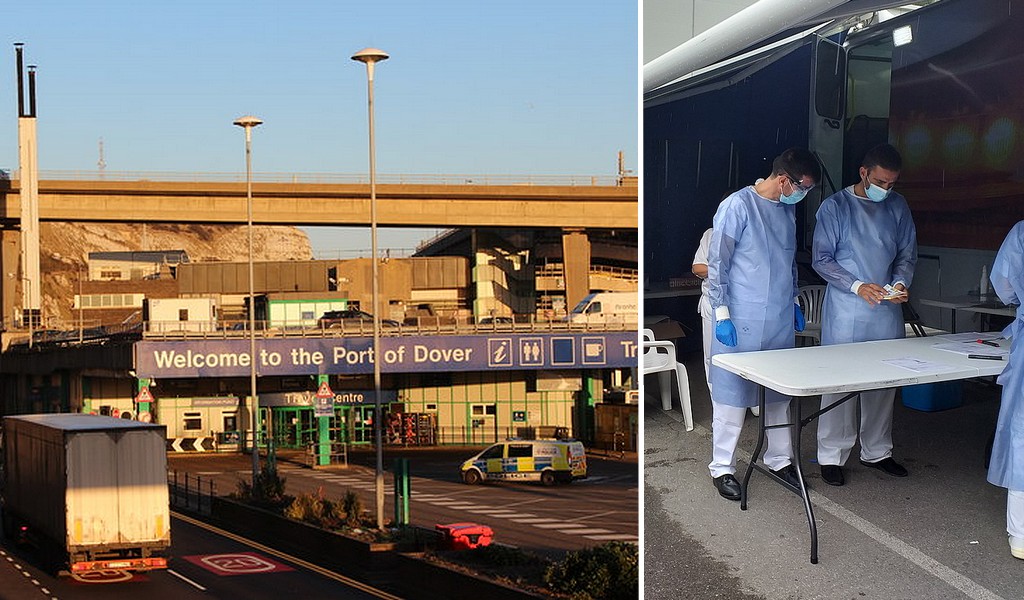 An agreement to reopen the UK-France border and allow both accompanied freight services and some passenger services to resume has been reached by the UK and French Governments.

In an official statement, the UK Government said that rail, air and sea services will resume today, with all people travelling from the UK into France required to show proof of a negative Coronavirus test taken within the previous 72 hours.

Entry into France will be granted to those travelling for urgent reasons. This includes lorry drivers, French citizens and British citizens with French residency.

France to open UK border as of tomorrow to trucks, if driver has a negative rapid #covid test. Good that borders reopen, but drivers should not need testing. Now, counting on UK to put everything in place to get trucks moving again.

Crucially, following much speculation about what tests would be accepted, the French Government have agreed to accept the faster lateral flow tests, the results of which can be delivered in under 30 minutes. The authorities in France had reportedly been thinking about making negative PCR tests mandatory, which would have created huge backlogs due to the 24-hour processing time.

The statement adds that French Government will also carry out sample testing on incoming freight to the UK.

It is also very important to mention that the UK Government have stressed to hauliers „not to travel to Kent until further notice, while a mass testing programme for HGV drivers gets underway to alleviate congestion at ports.”

Meanwhile, the UK Government have also announced that drivers’ hours rules have been relaxed again as follows:

a) Replacement of the EU daily driving limit of 9 hours with one of 11 hours.

b) Reduction of the daily rest requirements from 11 to 9 hours, together with a relaxation on the use of the ferry/train derogation to allow its use when on a reduced daily rest of 9 hours (instead of when on a regular rest period of 11 hours).

e) In addition, drivers of lorries within the “Operation Brock” queue or other queues in the Kent Traffic Management system can relax the break requirements to take two or three breaks of at least 15 minutes, which together are at least 45 minutes (within a 4.5 hours period).

Drivers’ must not use relaxation ‘a’ and ‘d’ at the same time. This is to ensure drivers can get adequate rest.

According to the Department for Transport, details regarding what will happen to EU lorry drivers who test positive will be published later today.

There are currently several thousand lorries in Kent waiting to make the trip into France. The backlog is expected to take several days to clear, and it seems almost certain that most EU-based drivers will not make it home in time for Christmas.

Both images have been cropped and are for illustrative purposes only